A ride from quiet lakeside roads to the middle of a busy city. 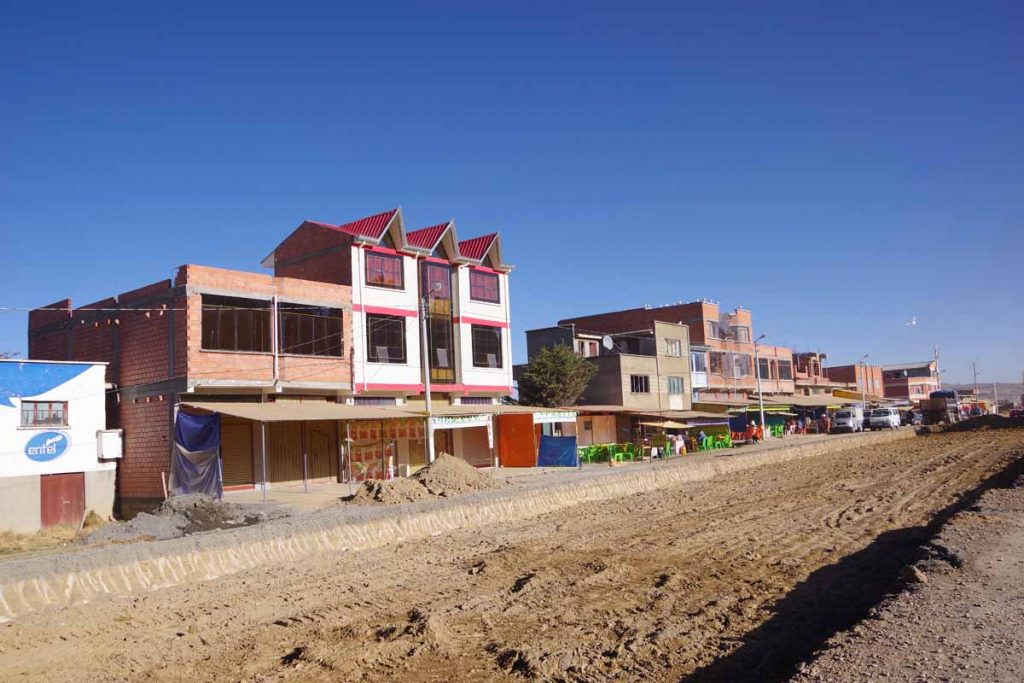 Today I made it to Bolivia’s second largest city, El Alto. Interestingly, La Paz, the capital, is the third largest city. La Paz sits in a deep canyon with El Alto on top. Supposedly, the wealthier neighborhoods are lower down, where it is warmer and poorer neighborhoods up top in El Alto.

I decided not to drop into La Paz since the main road south continues on from El Alto. Descending ~300m/1000ft into the middle of a busy city only to ride back up again isn’t strictly necessary.

This morning continued on the road along the lake. It was still being expanded to four lanes and this first town showed some of the construction zones. 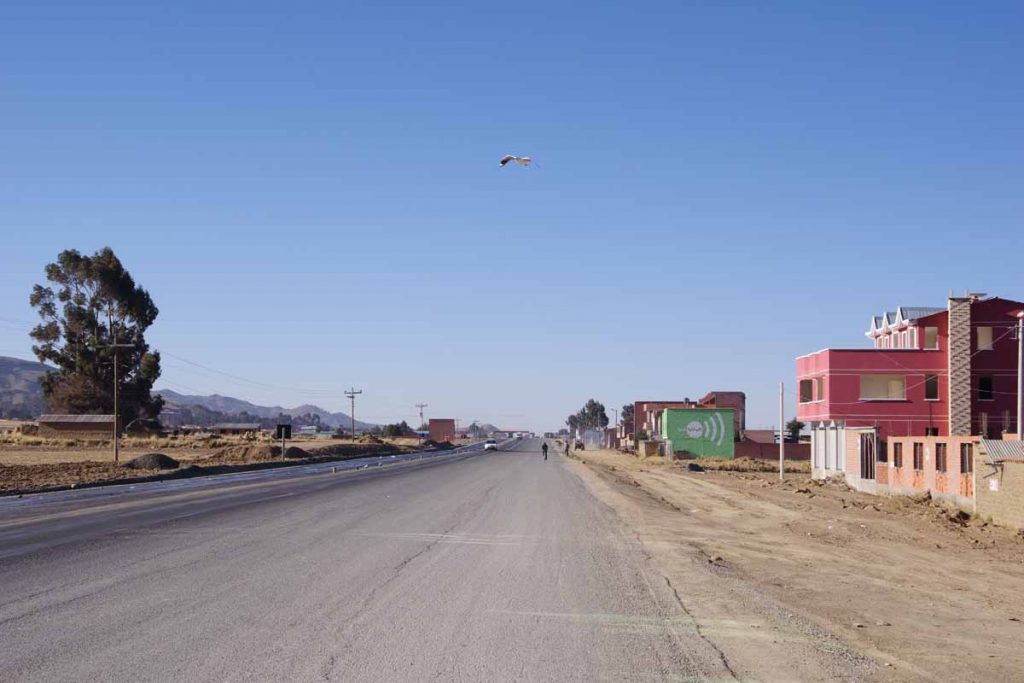 After this, the road expanded to four lanes. I was pretty much on this large four lane highway until outskirts of El Alto. Traffic progressively got busier, but never too bad on the highway. The shoulder had some debris so I would also ride on the white line as well. 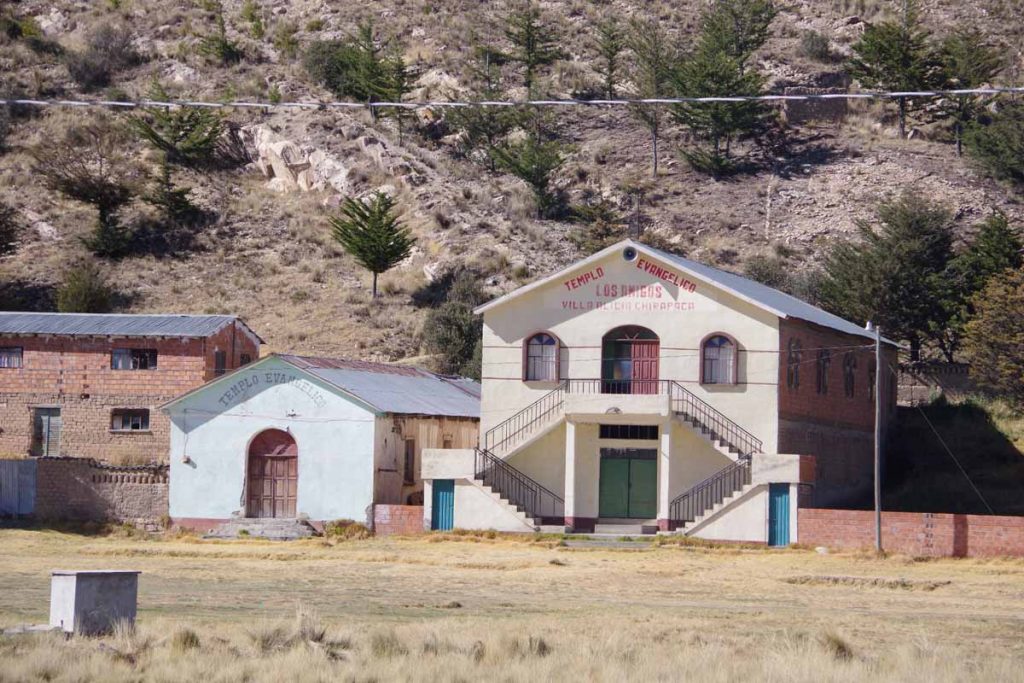 It was Sunday and I could tell this was a church from music coming from within. 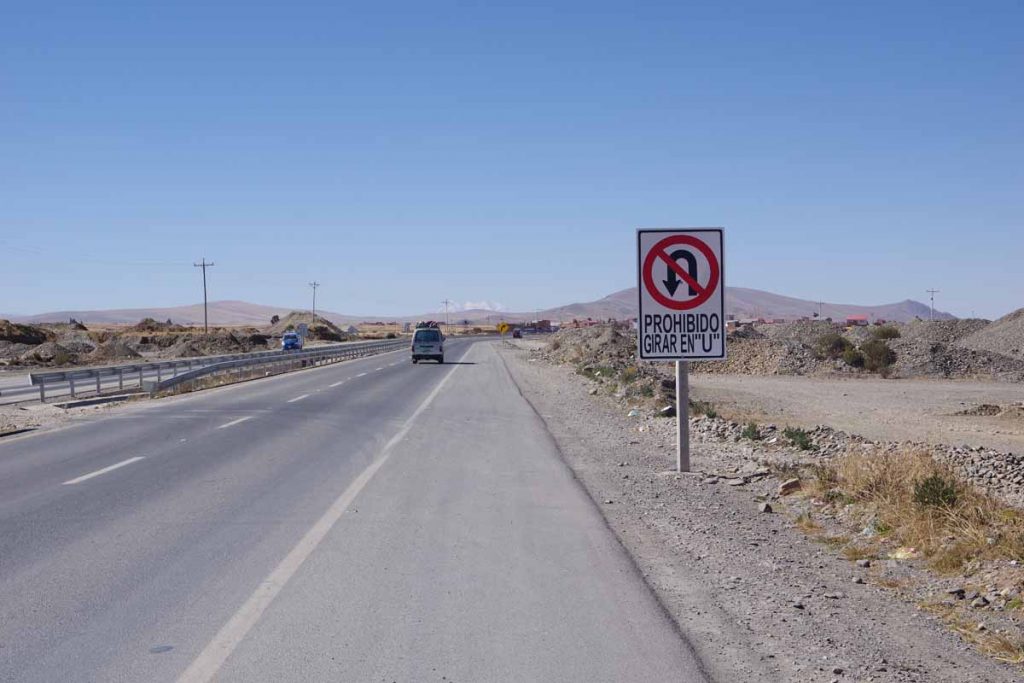 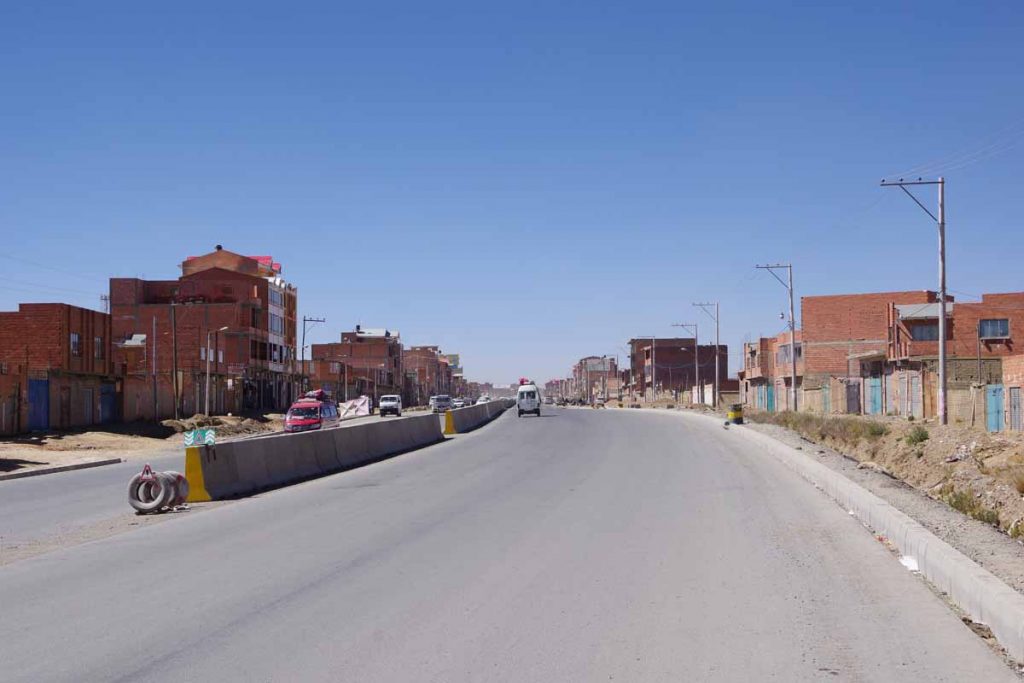 El Alto started simple enough, this was about 10 kilometers from the center. 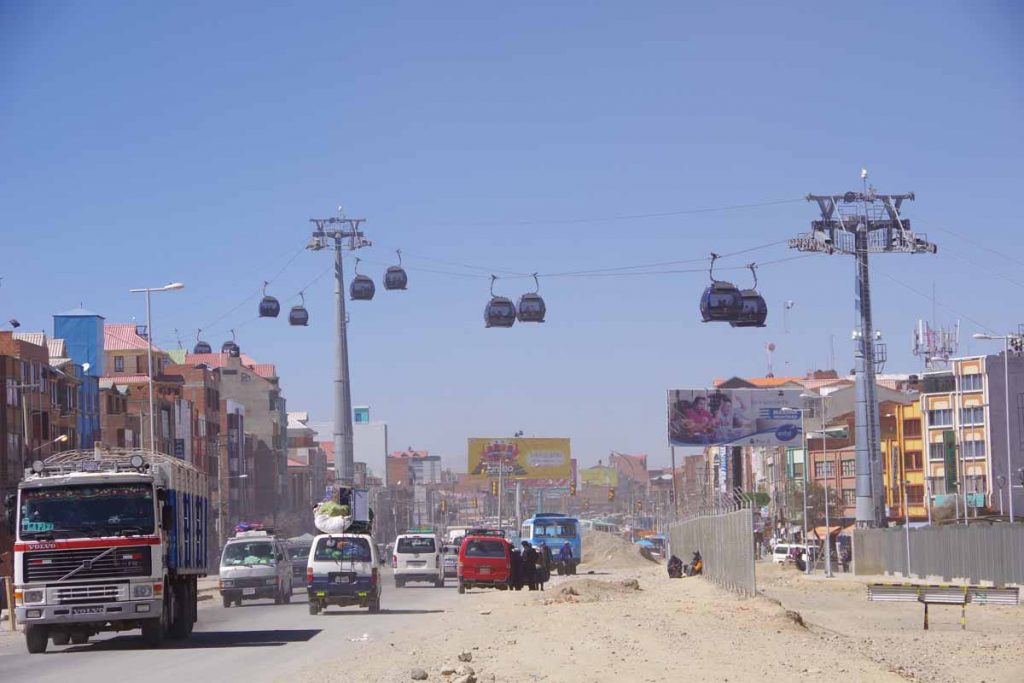 There is a cable car system that goes between La Paz and El Alto. This was about 5 kilometers from the center. The road had gone through multiple construction zones and now got to the zone where all the little vans keep trying to dart to the right for passengers and then come left again to get around all the other vans that are still stopped. Rather chaotic, though it also keeps the speeds down. The trick is to figure out where to ride. Too far right and you keep having to wait for the vans to clear. Too far left, and you are dodging the other traffic. 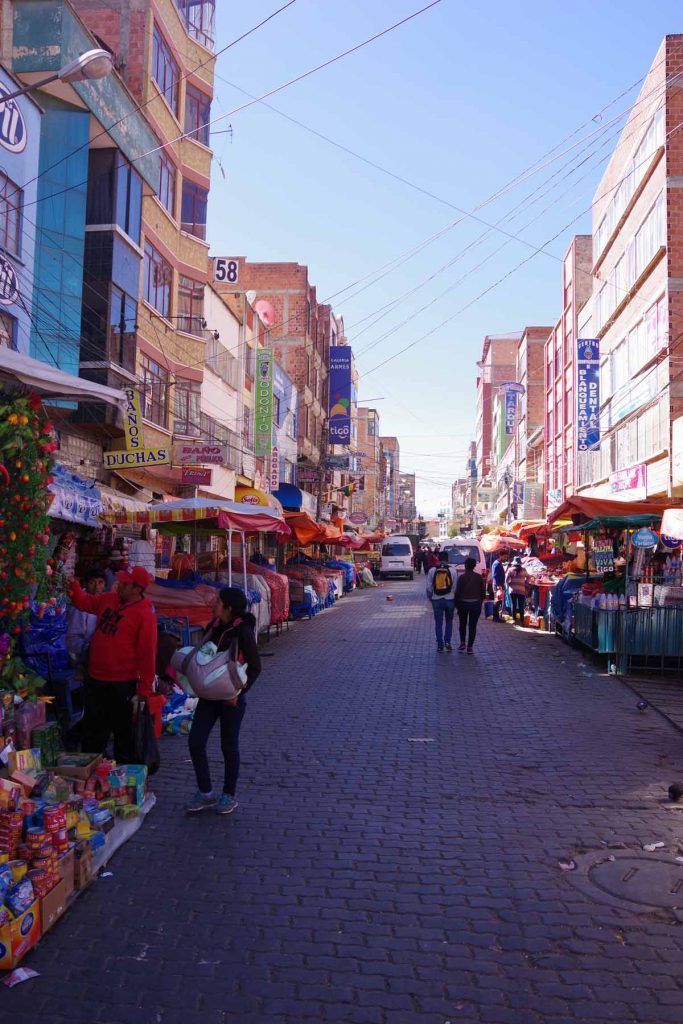 Made it to the middle of town and found a reasonable hotel. All around are market areas. 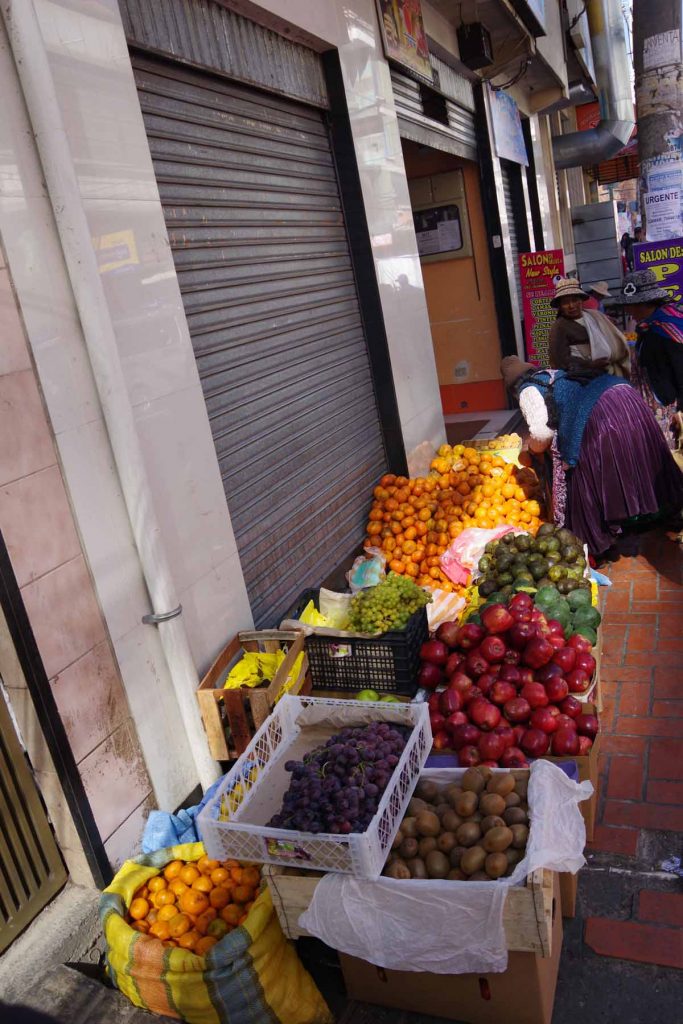 Lots of fruits. I bought one from an older woman who was busy eating her own wares. A friend/family member next to her helped work out the cost and change. 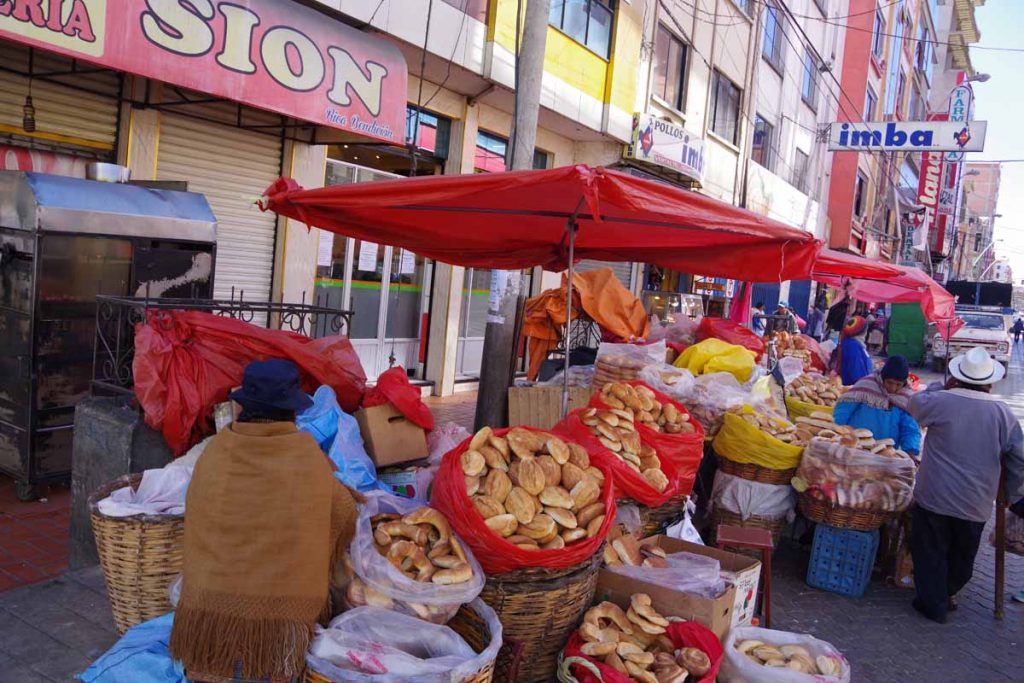 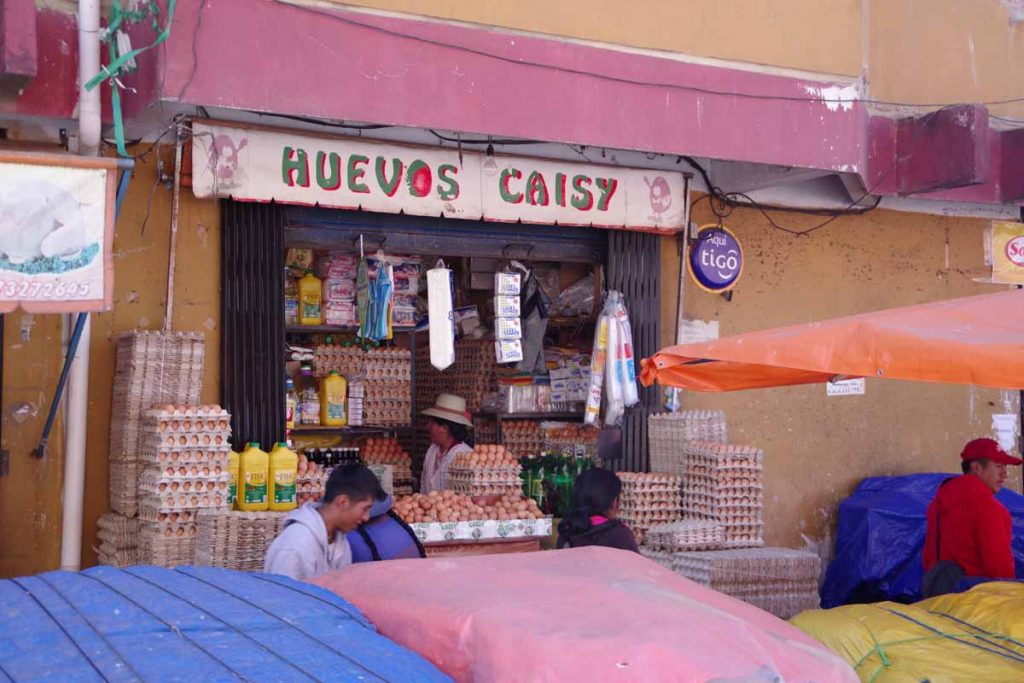 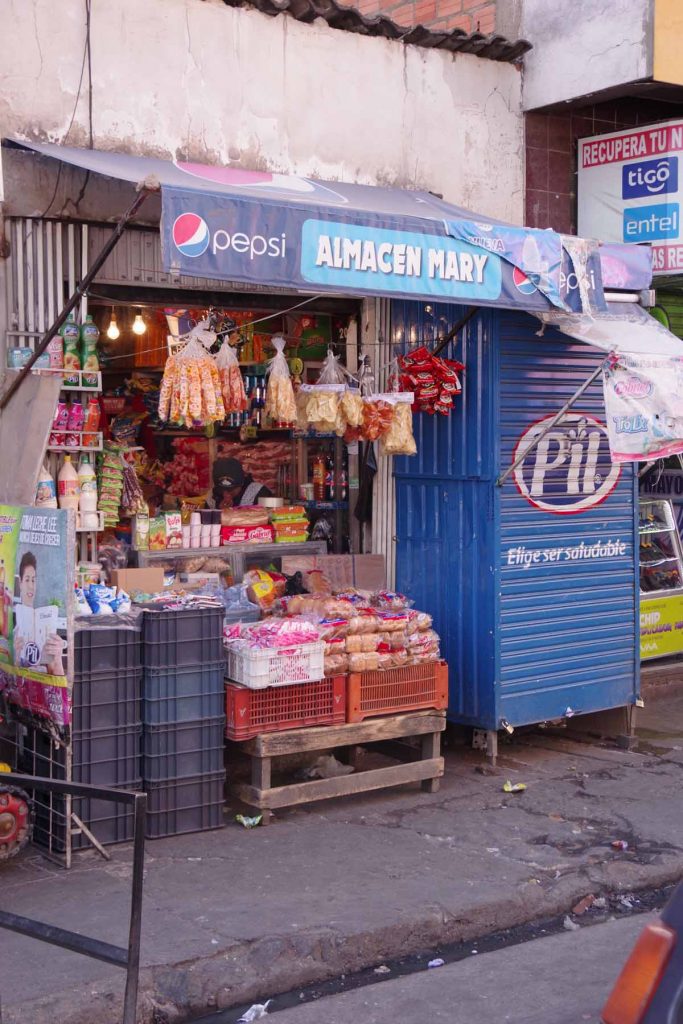 Nice to be in a big city with all the shops out on the street since the little hamlets I’ve passed on the road don’t seem to have much.