On the road again! First day cycling south from Mendoza.

Today I followed the mountains south. It was a quiet Sunday morning as I left Mendoza. 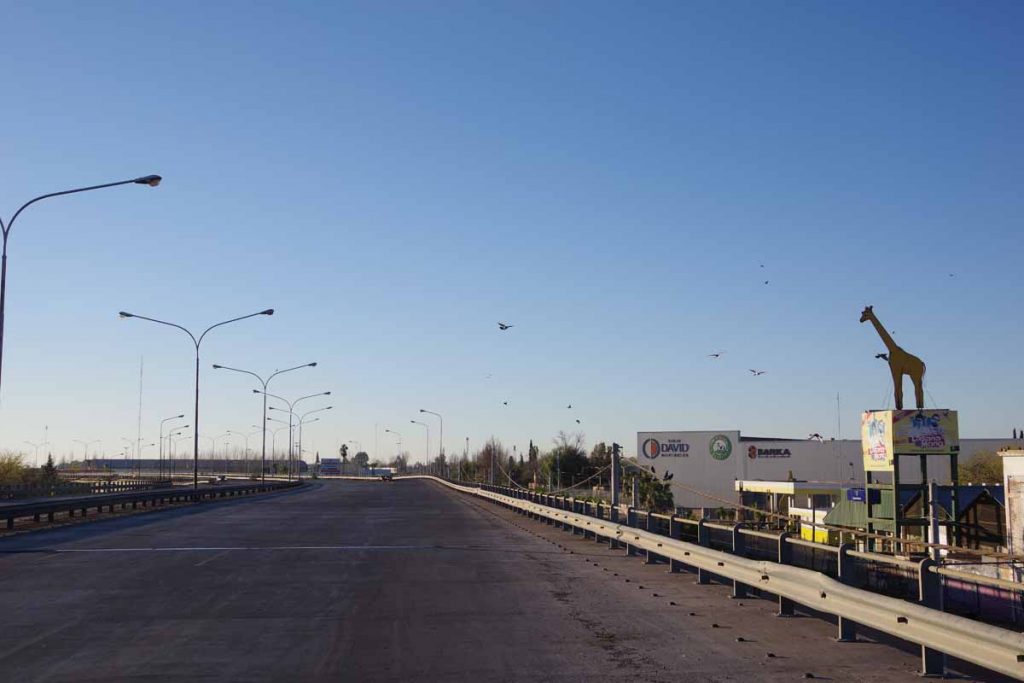 Mendoza metropolitan area has a population of a million and there was a local freeway through town. It was quiet as I came past the giraffe at 5km, much quieter than when I had entered the city on a Monday afternoon rush hour. 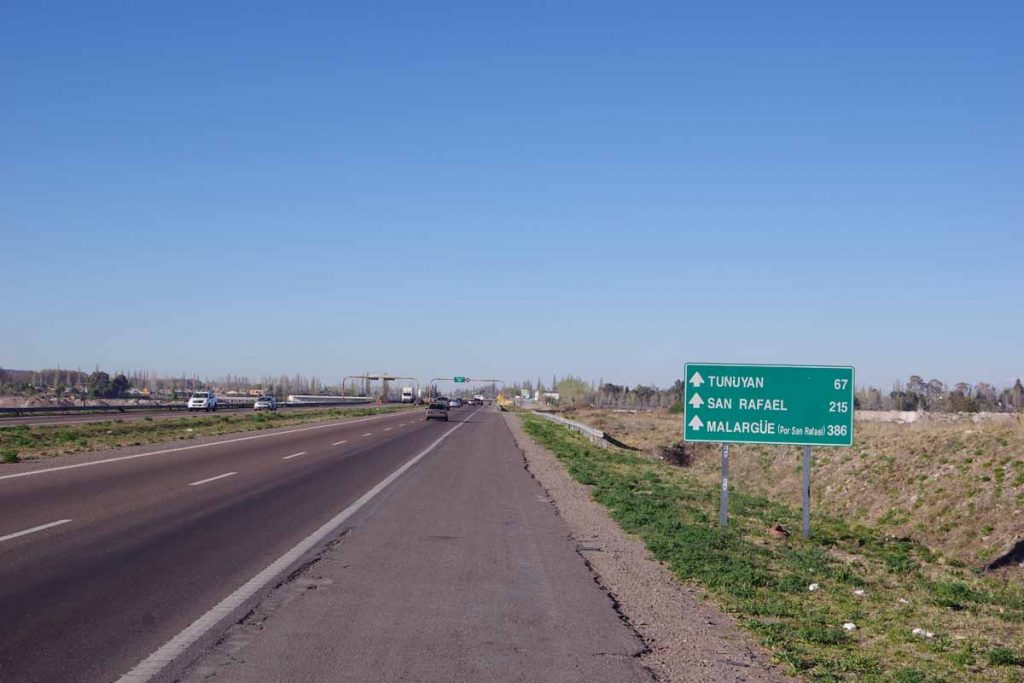 Without much trouble, I was on Ruta 40 heading southbound. This was a major freeway until the very end of the day. On two occasions I saw a “no bicycling” sign, but I also saw half a dozen local cyclists. There were also shoulders which made it an easier ride than coming into Mendoza from the north. 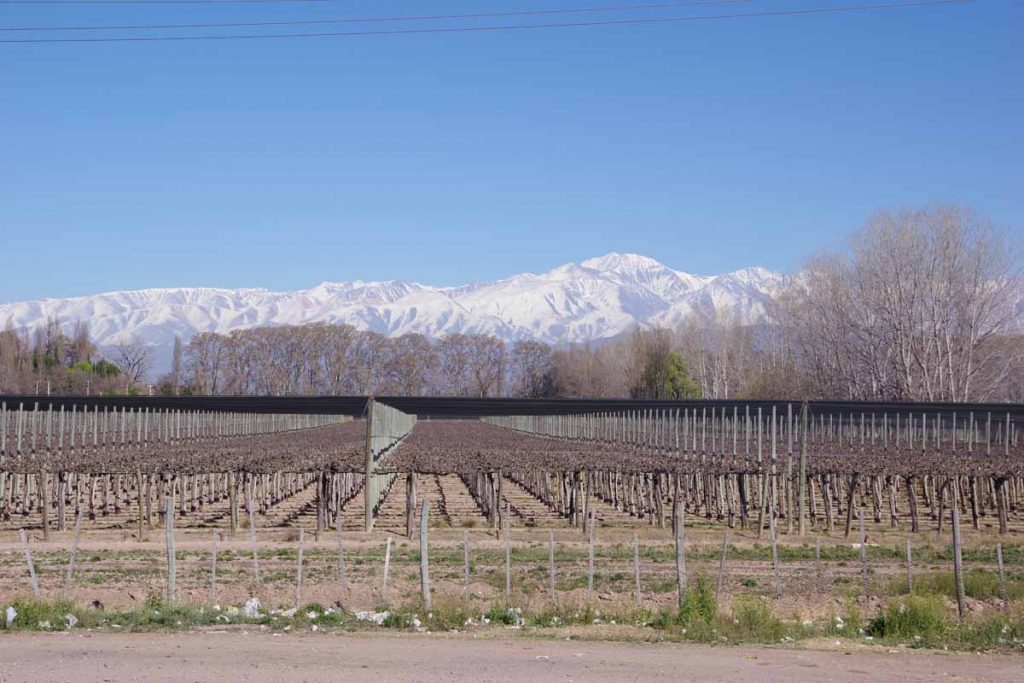 Vineyards with mountains behind. 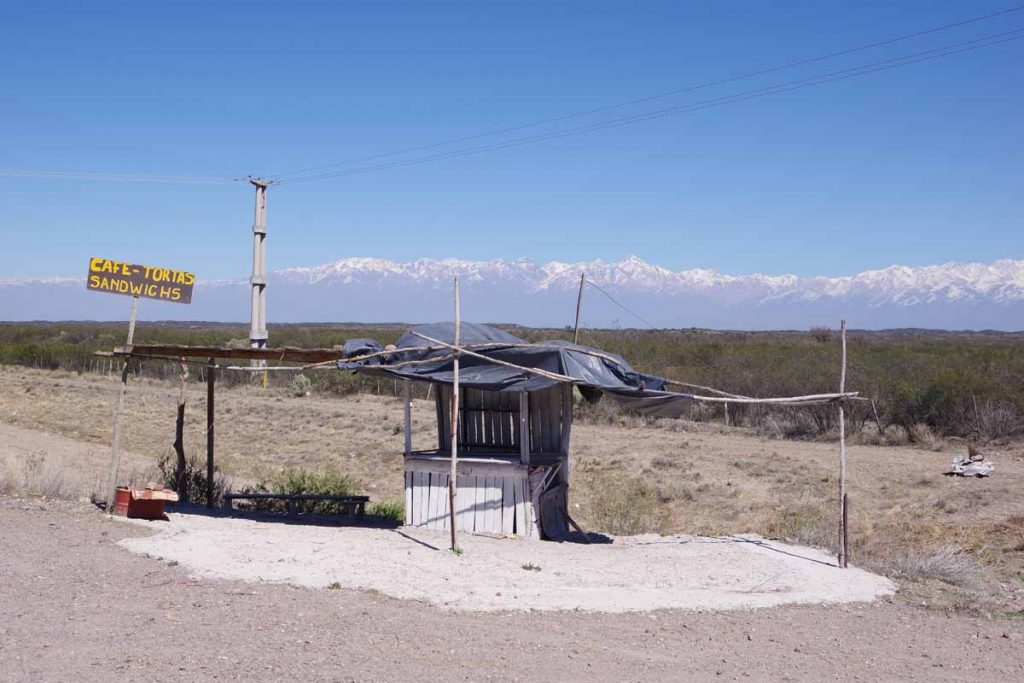 Crossing a small bridge, I saw signs for a cafe. It turned out to be this place and it wasn’t open. I did however, stop briefly at the YPF gas station at 25 kilometers. These seem to have good wifi as well as a small shop/cafe. 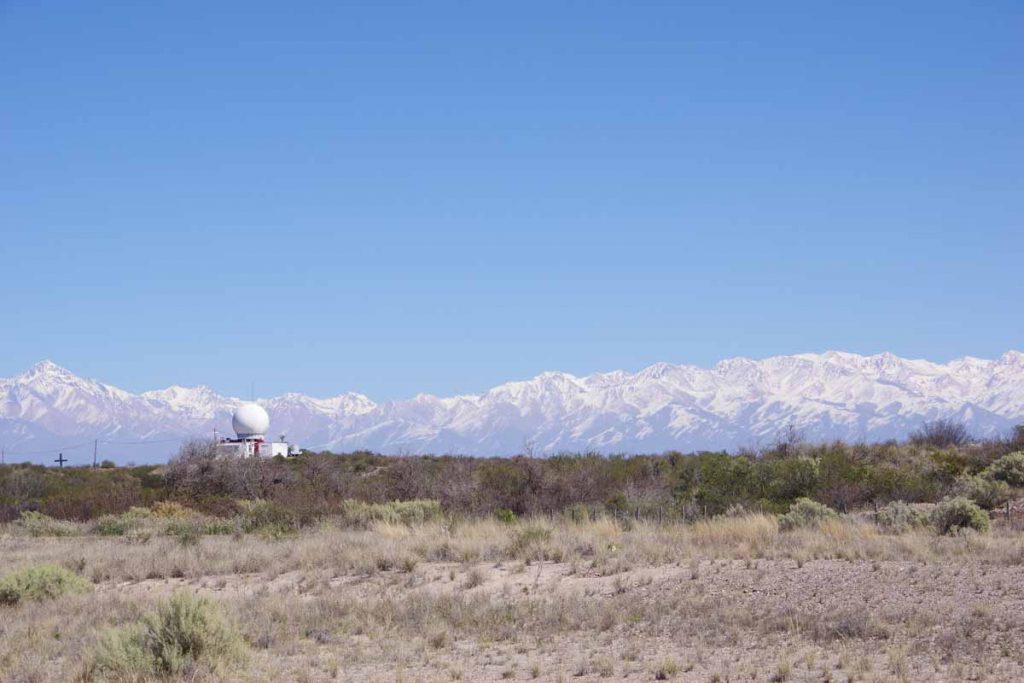 Looks like an air traffic radar signal, but not 100% certain. By now there were occasional fields but also larger areas of scrub. 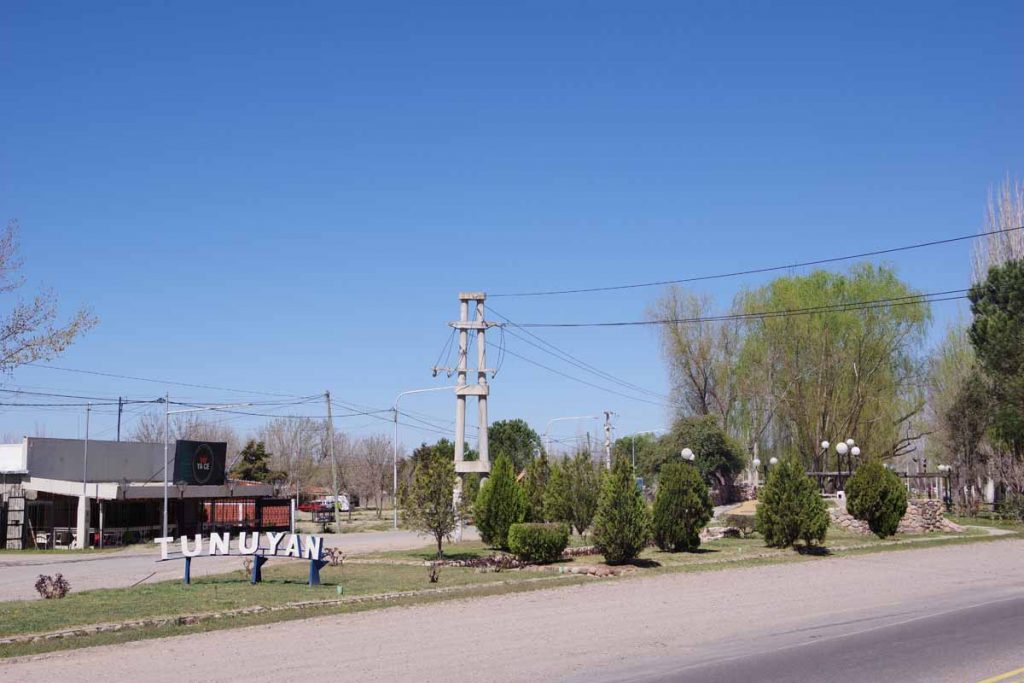 Without too much trouble, made it to Tunuyan. The main street was boarded up, both in the siesta time window and because it is Sunday. However, I was able to find an open cafe a few doors down as well as small kiosk store to get a few things for tomorrow. There will be another small town and a gas station followed by a long gap before I get to San Rafael.

As an interesting comparison, ten years ago today we arrived in Vladivostok after cycling from Amsterdam. The total distance should be close to my distance from Cartagena to Ushuaia.