Two days cycling has brought me to San Rafael. With population 170,000 it is one of the larger towns I will have left from here southbound. I expected the distance of 153 kilometers to be just a bit far for one day, so expected to camp but wasn’t quite certain where when I started.
Day One – Tunuyan to Roadside Camp
Breakfast in the hotel. A nice clear morning where the first 40 kilometers were in an agricultural area along the mountains. 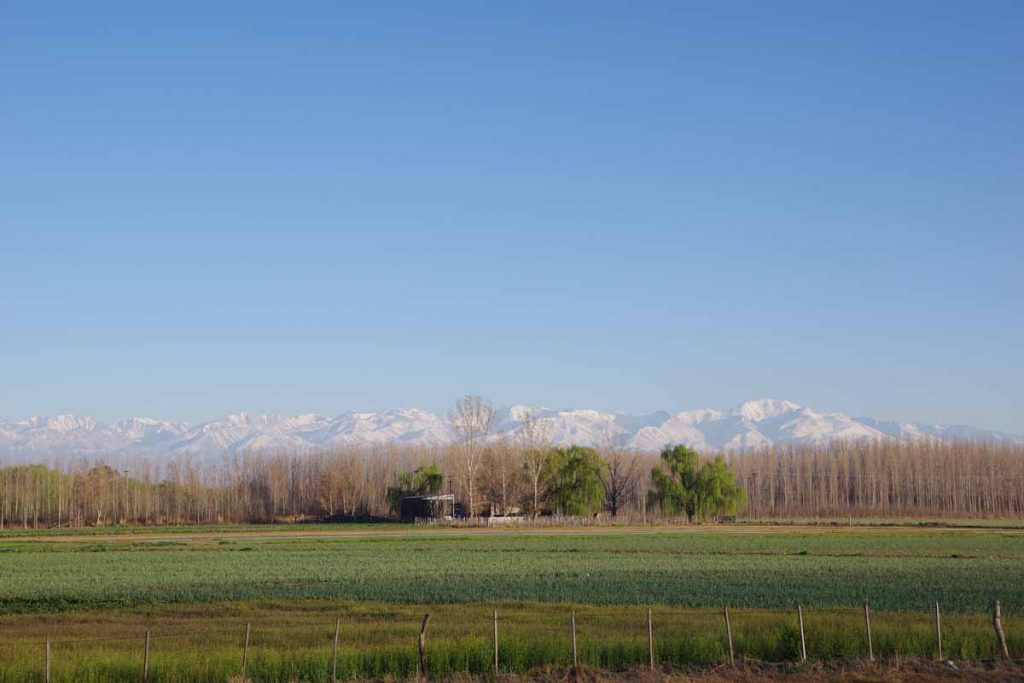 Great views of mountains to my right, can’t quite get enough of these snowy peaks. 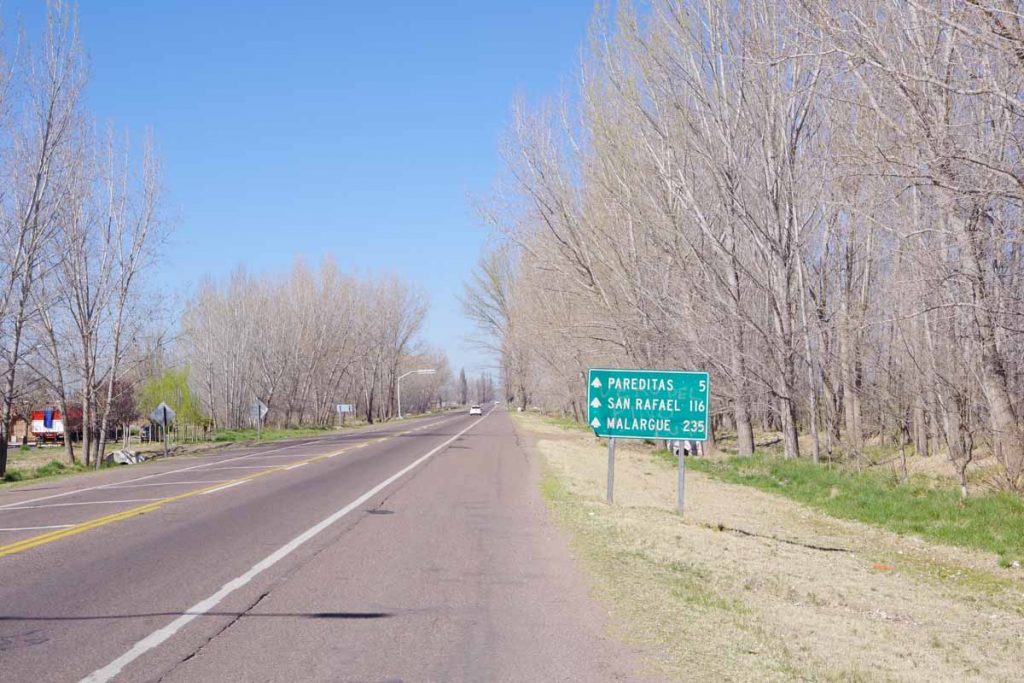 Road was good even with a shoulder for most of this section. 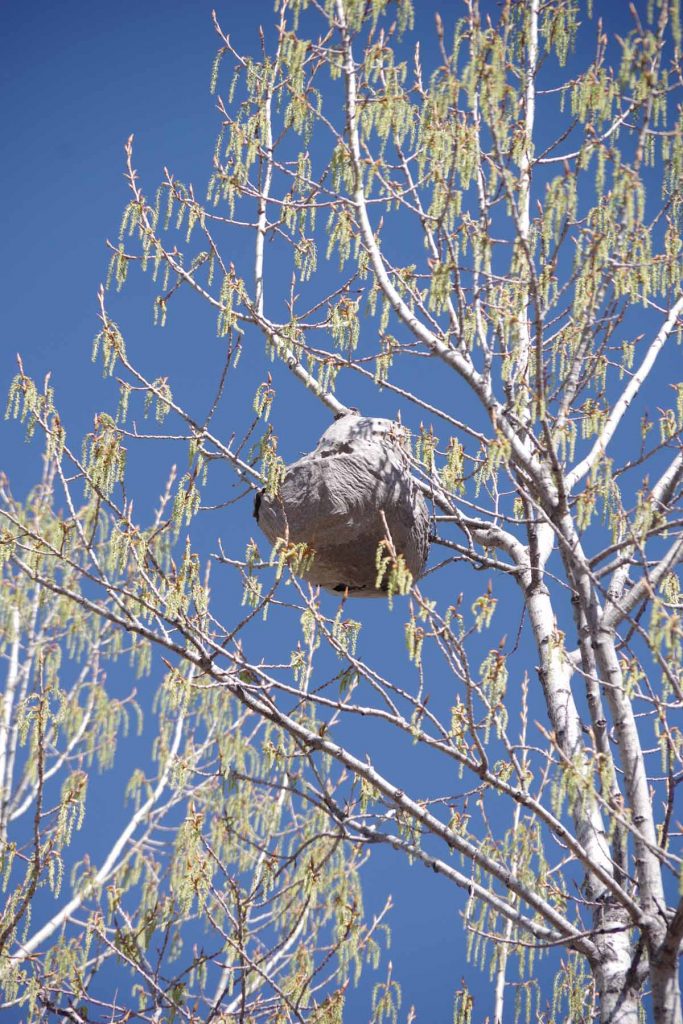 Saw what looked like a bird nest way high up in the trees. As you can see, spring is coming and these trees are starting to blossom. 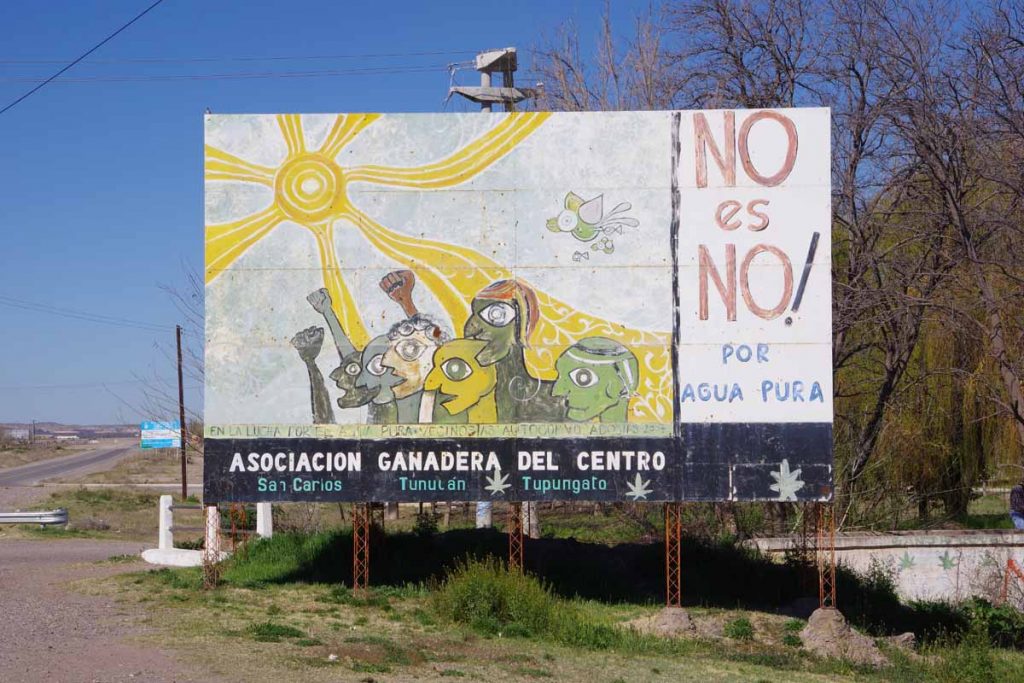 Clean pure water is a local issue that seems to be in common in a lot of the world, as are “no” statements against things that might endanger that water supply.

At 42 kilometers I came to a road junction. Ruta 40 continued straight ahead and Ruta 143 went off to San Rafael. Ruta 40 turns to gravel later and I decided to stay on pavement for a bit longer as this also would get me through more populated areas. However, just after this, the agricultural area would stop and there would be a gap of ~100 kilometers before reaching the agricultural and more populated areas near San Rafael. 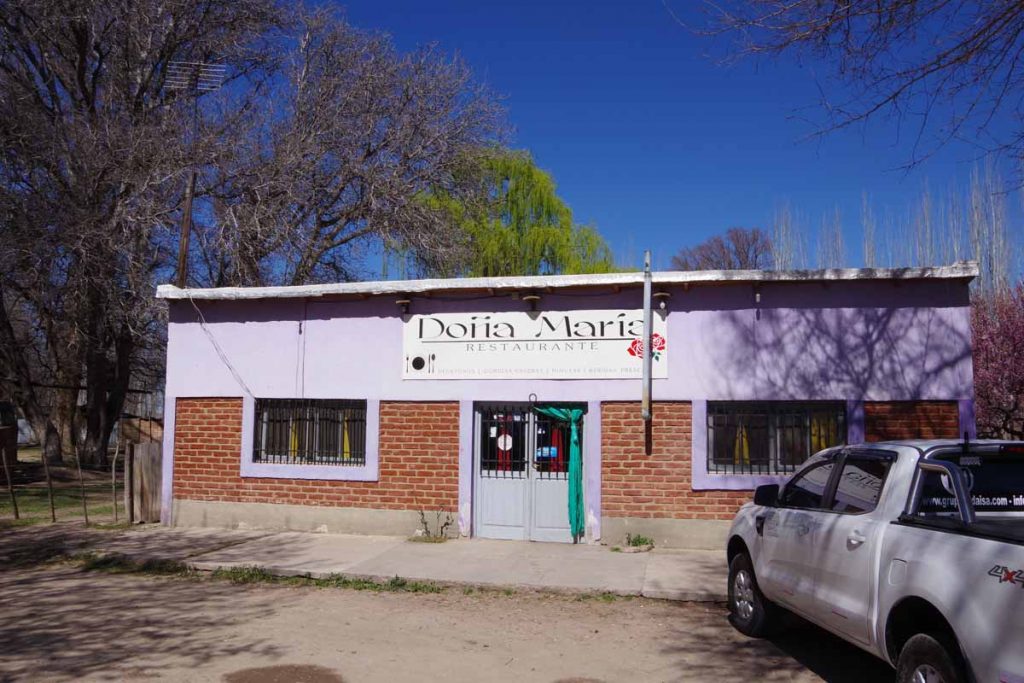 There was a restaurant stop for lunch at 52 kilometers. Supposedly there was a campground not far from here. I didn’t easily see it, so decided to continue up and through the more open areas. 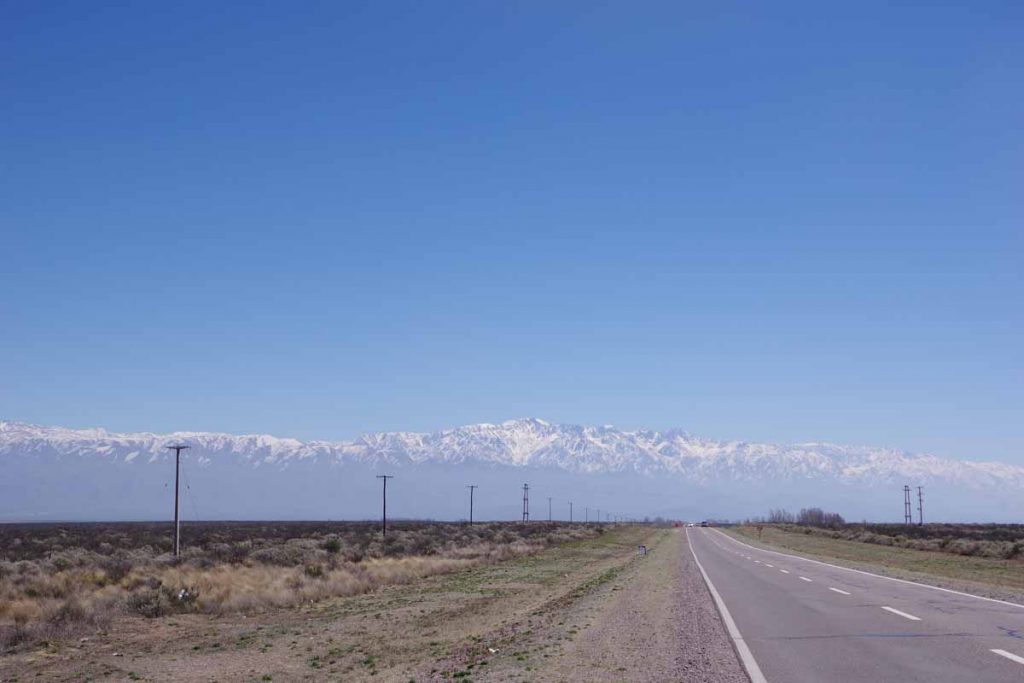 Looking back, I slowly left the mountains behind. The paved shoulder also disappeared. The road had gradually climbed from 900m in the morning to 1400m at the highest point at 76 kilometers. Mostly a barely 1% climb and not difficult. 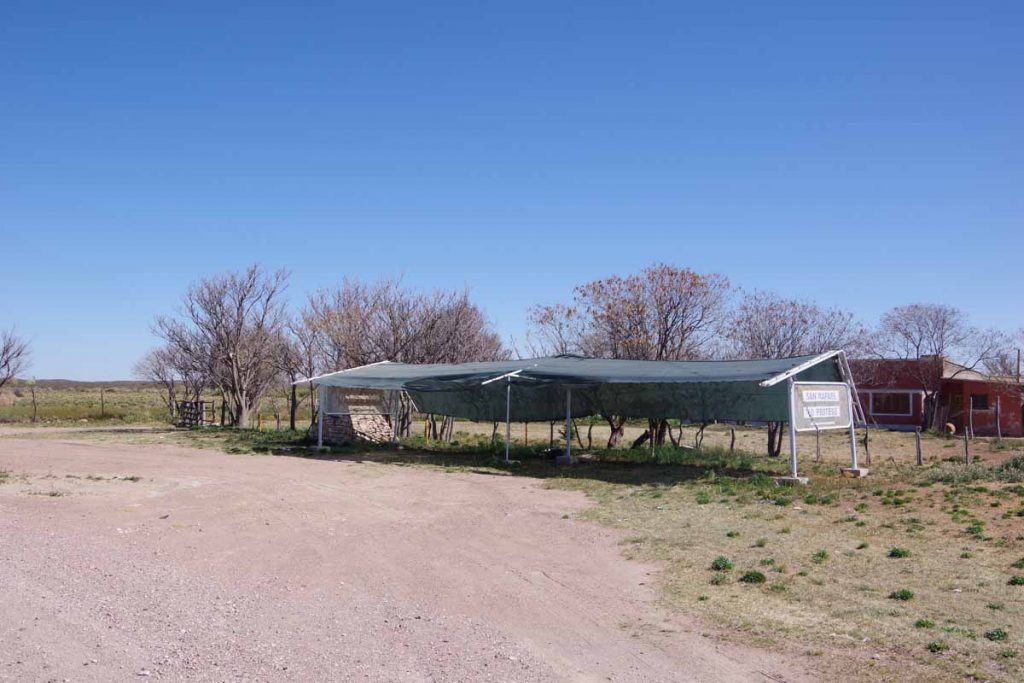 At 95 kilometers I saw this roadside rest. Looked like the ideal place to camp. While the awning wasn’t really necessary, I didn’t put up my rainfly. Still heard some traffic on the nearby road through the night, but that eventually quieted down as well. 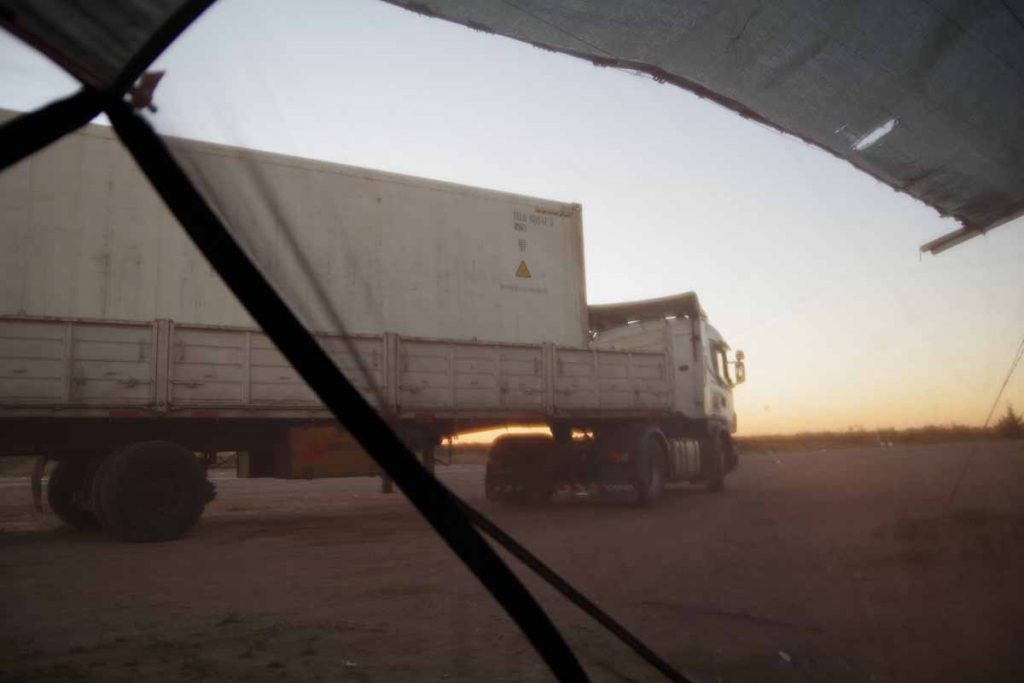 Looking through the mesh of my tent, I saw a truck had parked overnight. It left just as the sun was rising. I took my time packing up and then getting back on the road. 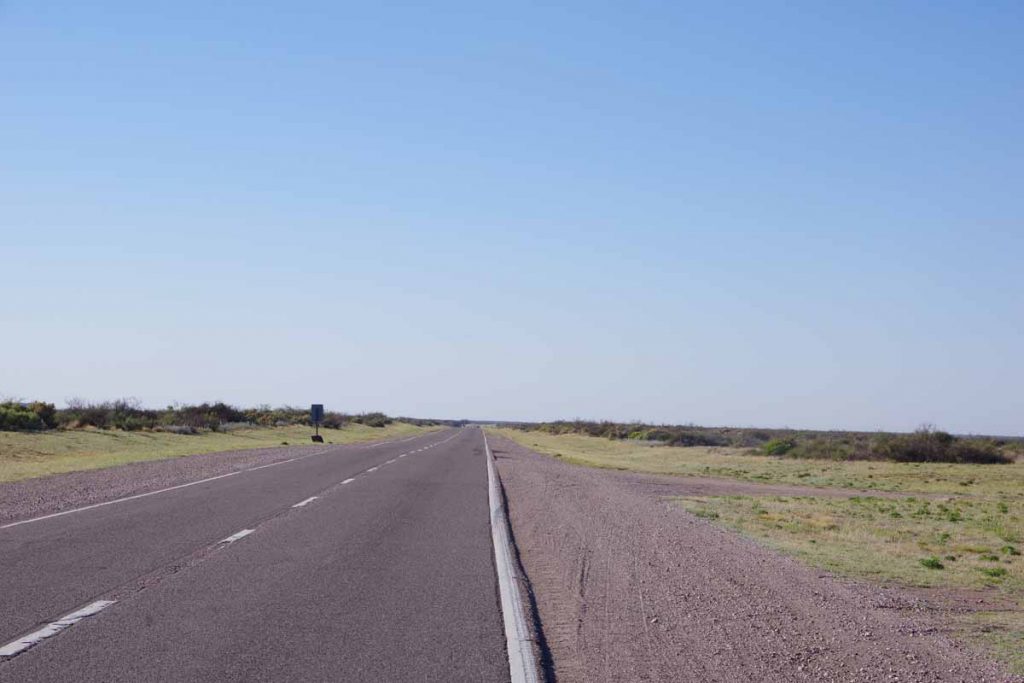 Back to some wide open and fairly desolate looking areas again. 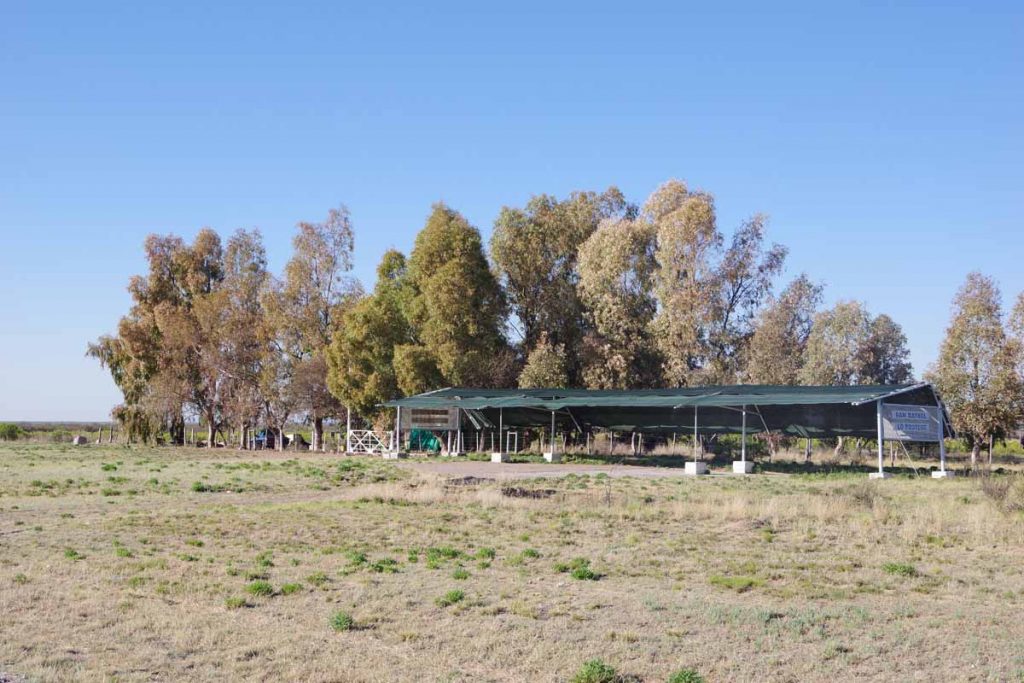 About 22 kilometers down the road, saw another of these shelter areas. Looks like something built a bit more officially. 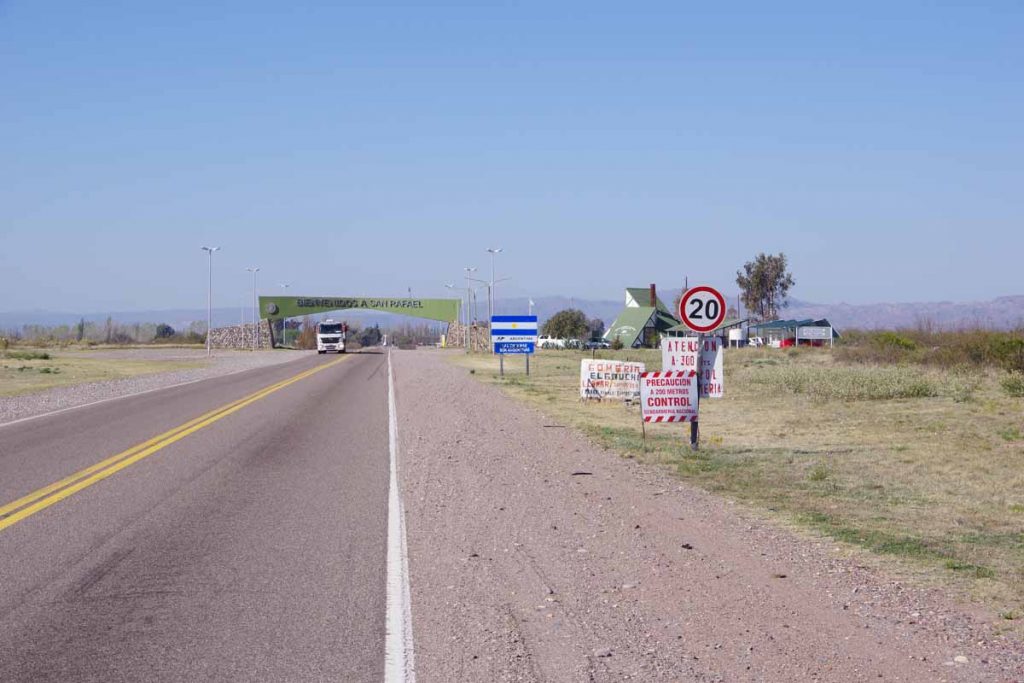 At 42 kilometers I came to the entrance signs for San Rafael. This was once again agricultural along the way. Two interesting signs followed. 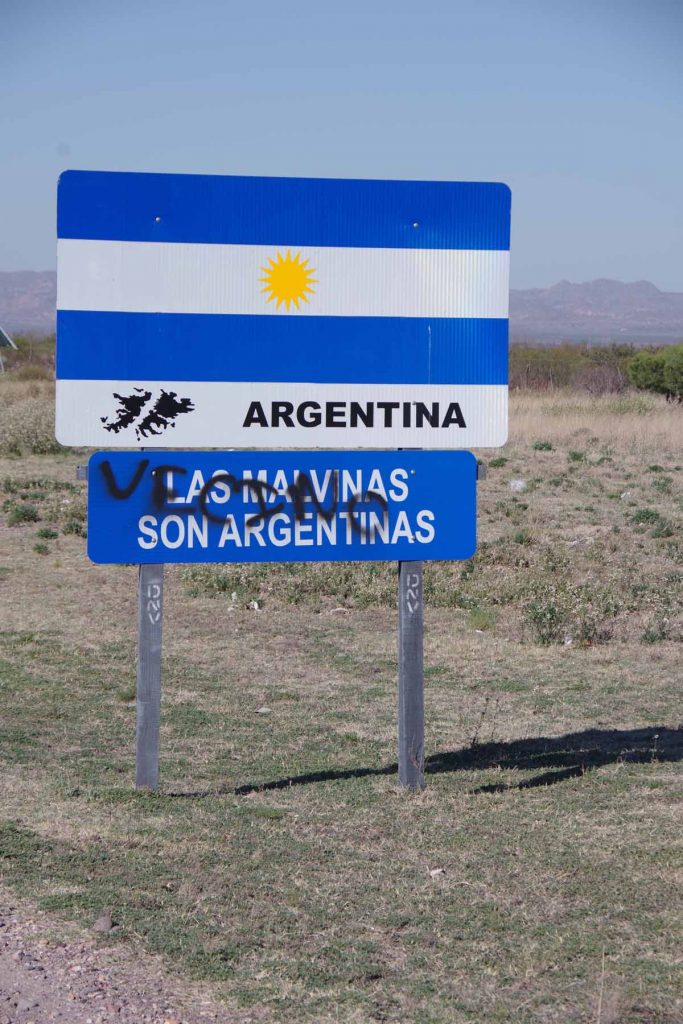 The first, “Las Malvinas Son Argentinas” as well as the little outline on the map, reiterate that Las Malvinas (Falkland Islands) belong to Argentina. 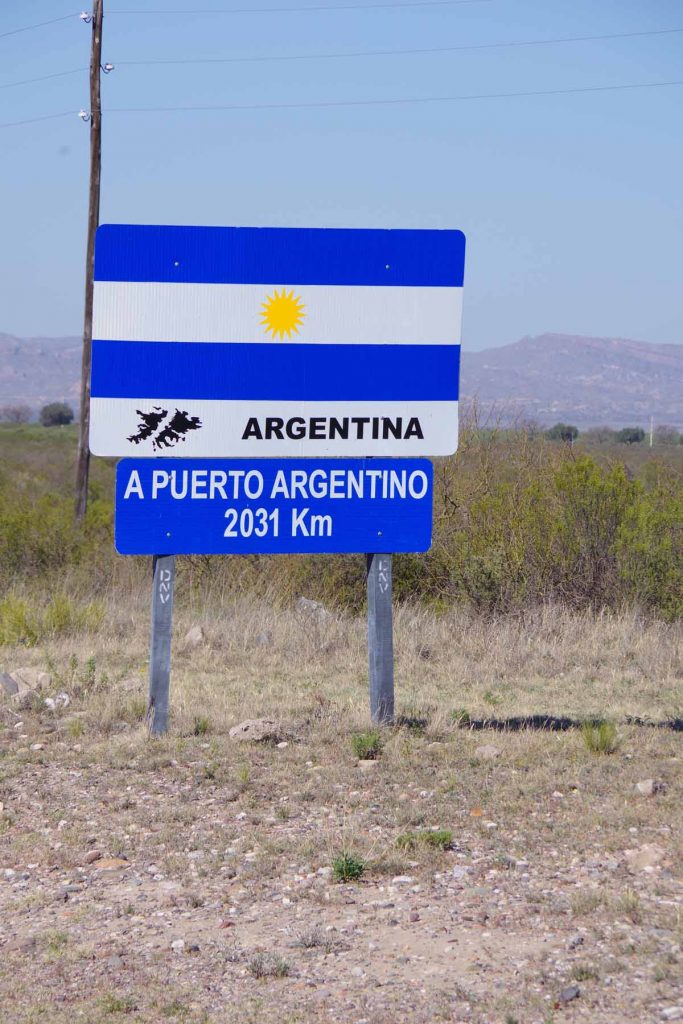 The second gave a distance to Puerto Argentino. I looked up “Puerto Argentino” and learned that this is the capital of the Falklands. It was established by the British and named Port Stanley. As a British town, it didn’t have an Argentinian name, but the Spanish translation of “Puerto Stanley” is not liked by those advocating Argentinian sovereignty since it refers to a British politician. Hence, “Puerto Argentino” is the name adopted by Argentina since their short-lived occupation in 1982. None of the locals use this name though. 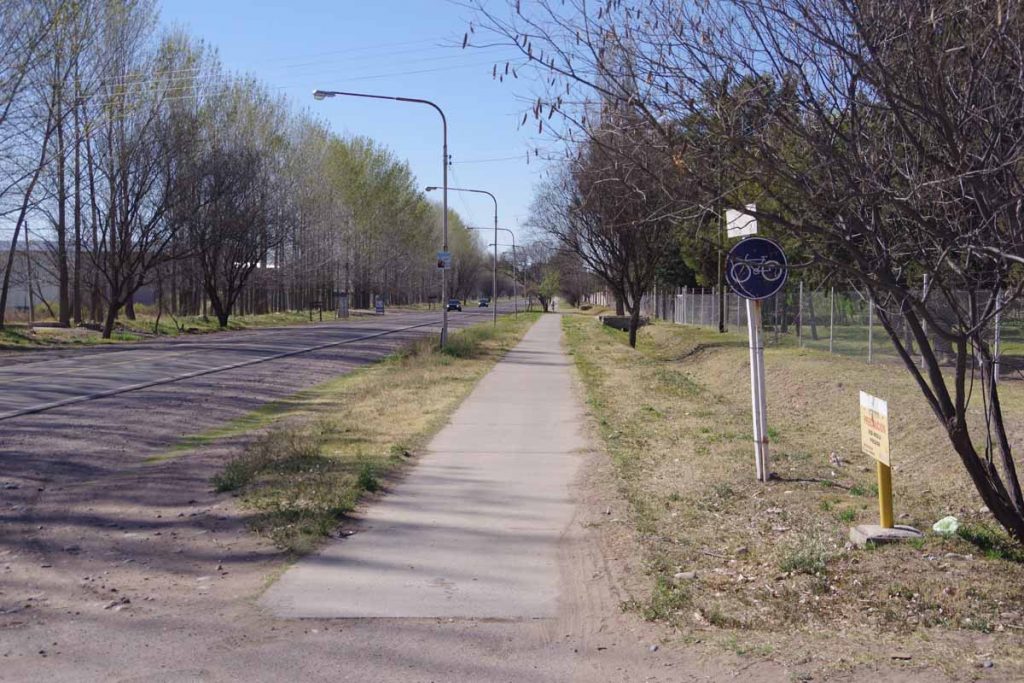 It was still 15 kilometers into center of town and there was a bike path for much of this distance. I am sometimes wary of such paths since they aren’t always continuous and can have more hazards so I’ll check out what the locals are doing. Most seemed to be cycling on this path and it turned out to be a reasonable ride. 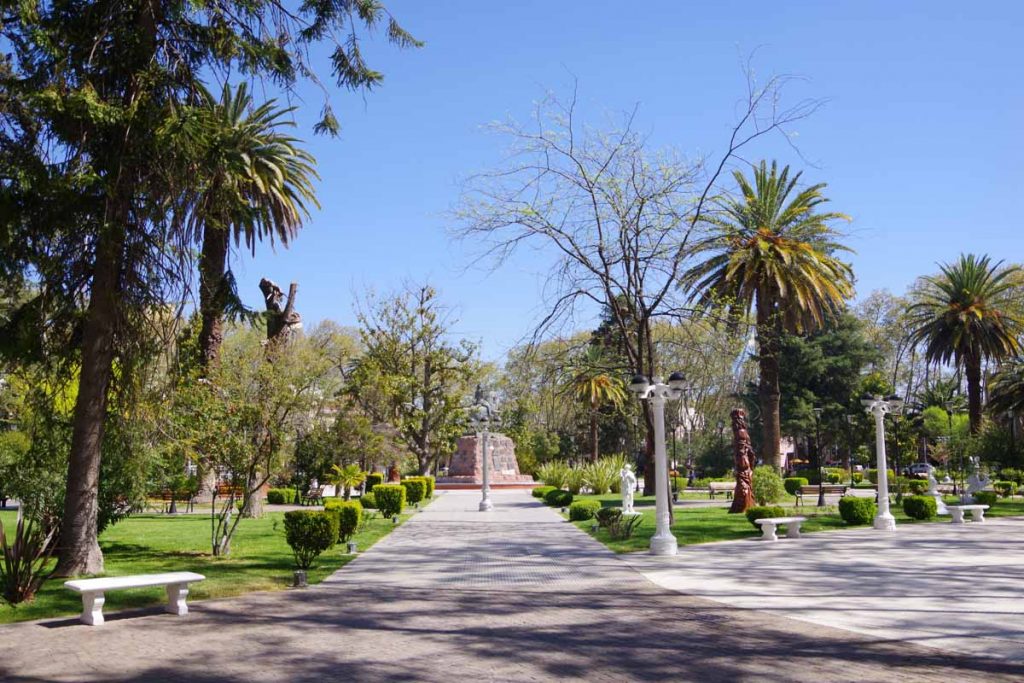 There is a nice town square and I found a hotel not too far away. While it was mid-afternoon, the siesta isn’t quite as strict here as further north as I was able to find a restaurant that was open.

From here, it will be diagonally back to the mountains and town of Malargue, a ride I expect to take two long days with a roadside camp in between. After that, reports of road construction and rougher roads, so expect a bit tougher gap after Malargue. 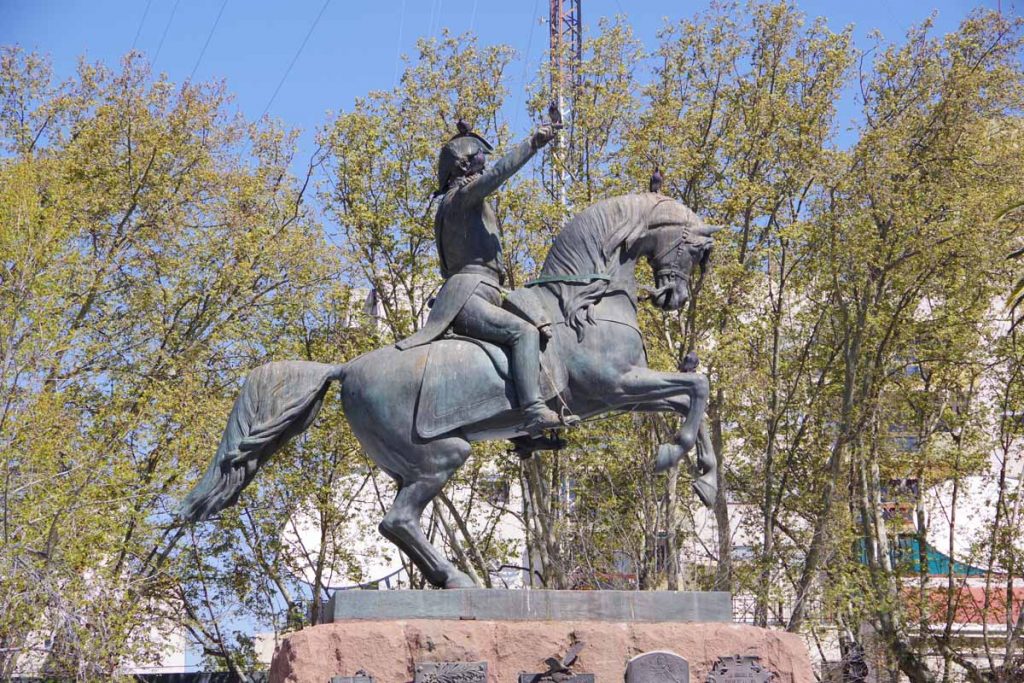