Today I cycled to Watson Lake to pick up some groceries. Nugget City is ~1km from intersection with Cassiar Highway but ~22km from Watson Lake. I could leave my heavy panniers behind. I was surprised at how much easier it was to pedal. This will be useful to figure out for Great Divide if there is anything else I can reduce the weight. 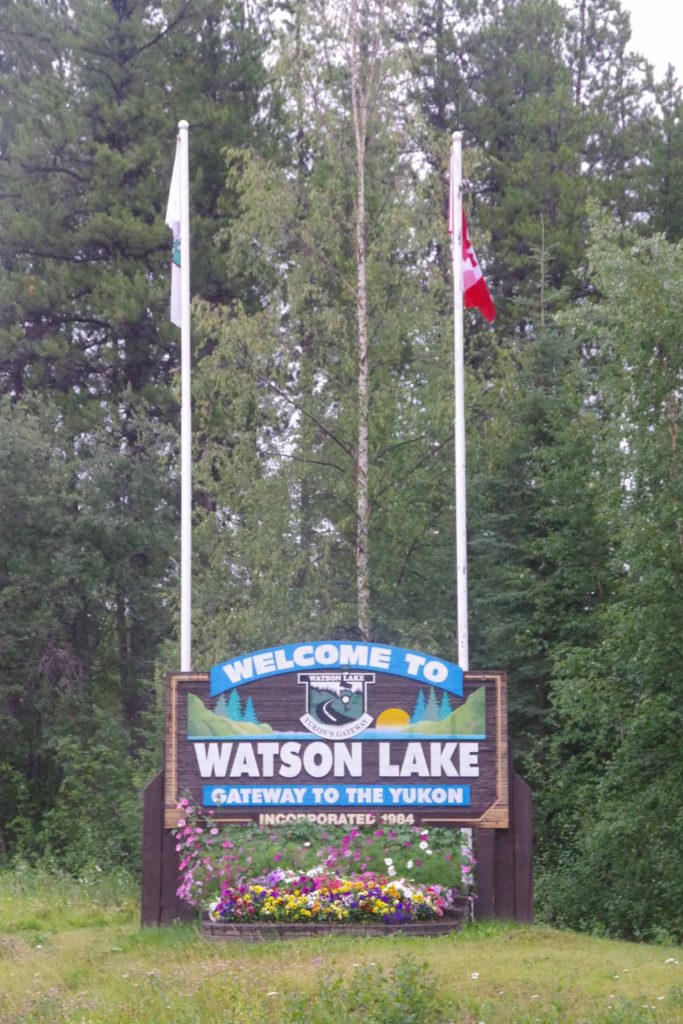 Last night there was a group of 30+ airstream trailers that also stayed here for two days. It is an organized group on a two month trip going up the Alaska Highway and back down again. 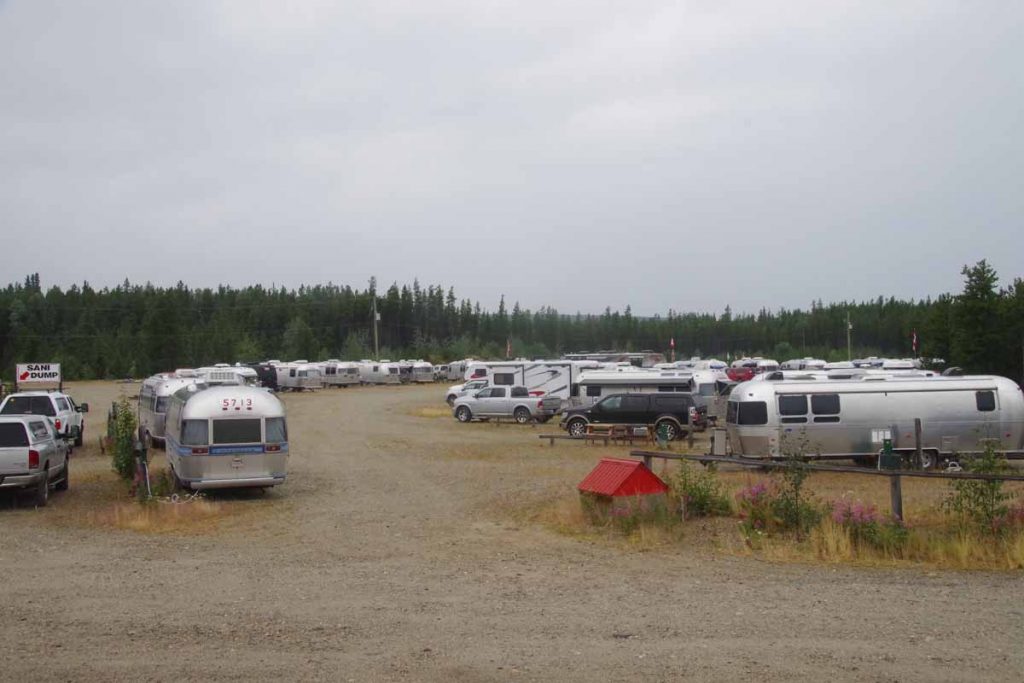 It was overcast and slight drizzle as I left. One kilometer I passed the start of the Cassier shown below. 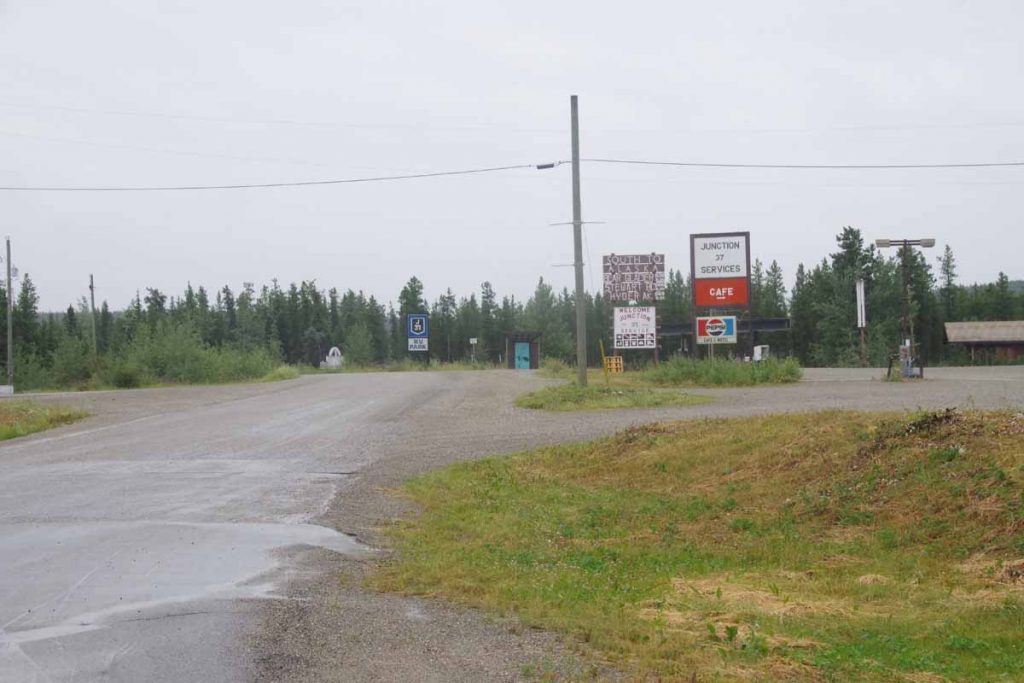 It was mostly downhill until the Liard River at 12km and then a several kilometer climb. This is particularly where I noticed the weight difference.

At 22.5km was a Yukon visitor station located at the “Signpost Forest”. I thought it was a fun place and have multiple photos below. The visitor center also had one of the better films and photos about construction of the Alaska Highway. Some items I learned:

Overall I found it interesting after traveling half of this road, to see how it originally came to be and was constructed 74 years ago.

The other interesting here was the signpost forest. In 1942, one of these construction workers, Carl Lindley, placed a sign indicating direction and distance to his hometown of Danville, Illinois. 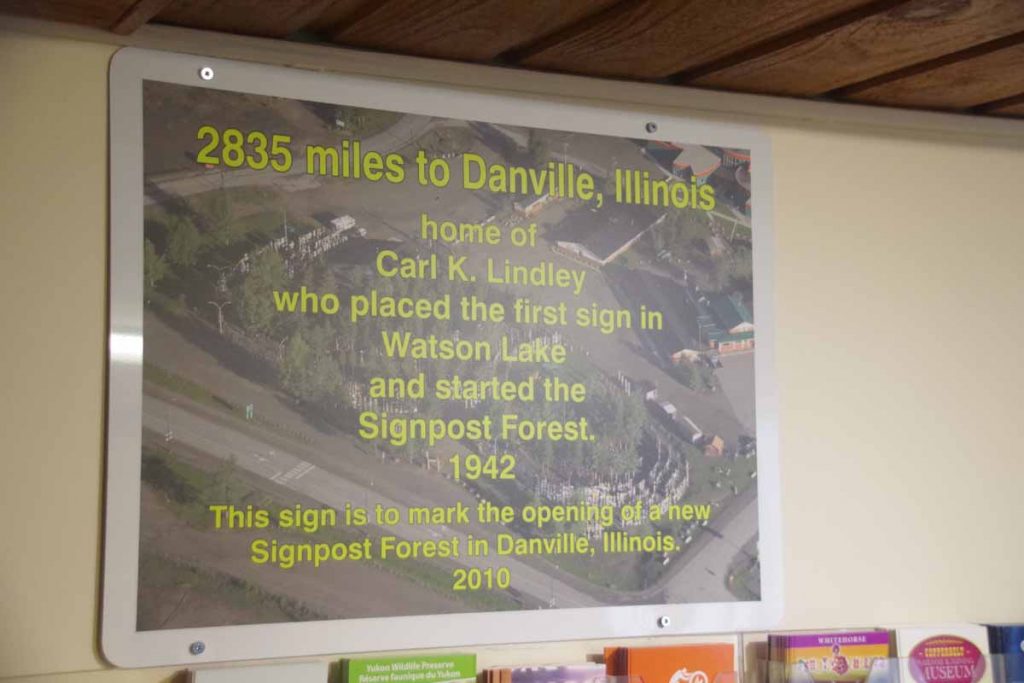 It went viral (pre-internet, viral over many years), after that with a steady progression of signs being placed. By 1988, there were over 6000 signs in the signpost forest. Now there are more than ten times as many. 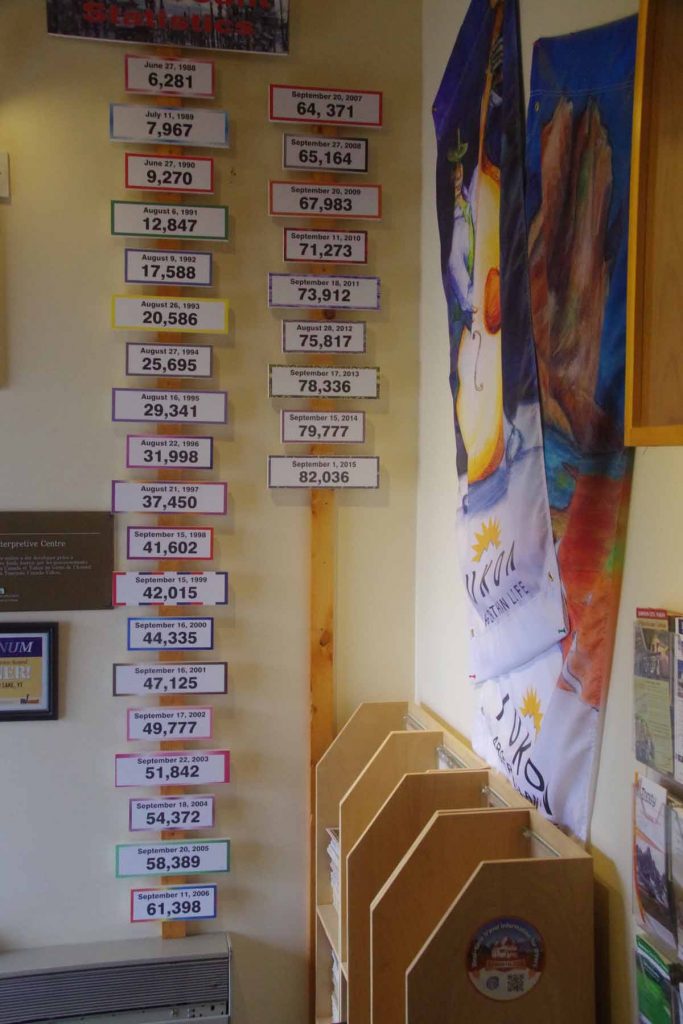 Below you’ll see some of the pictures I took of signs. 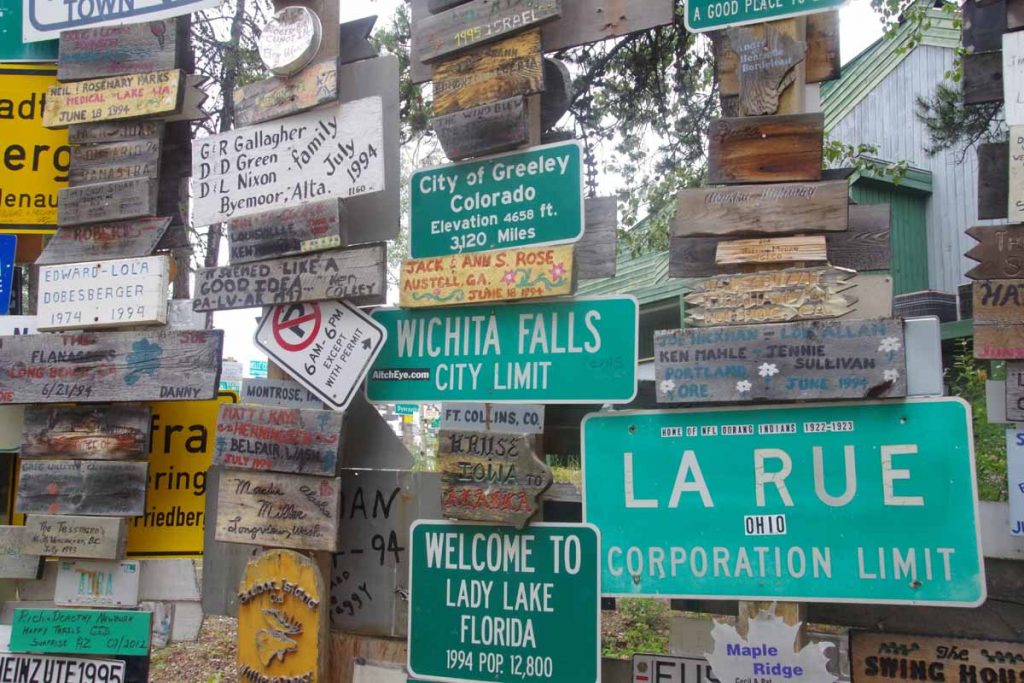 Above you’ll see one from Northern Colorado 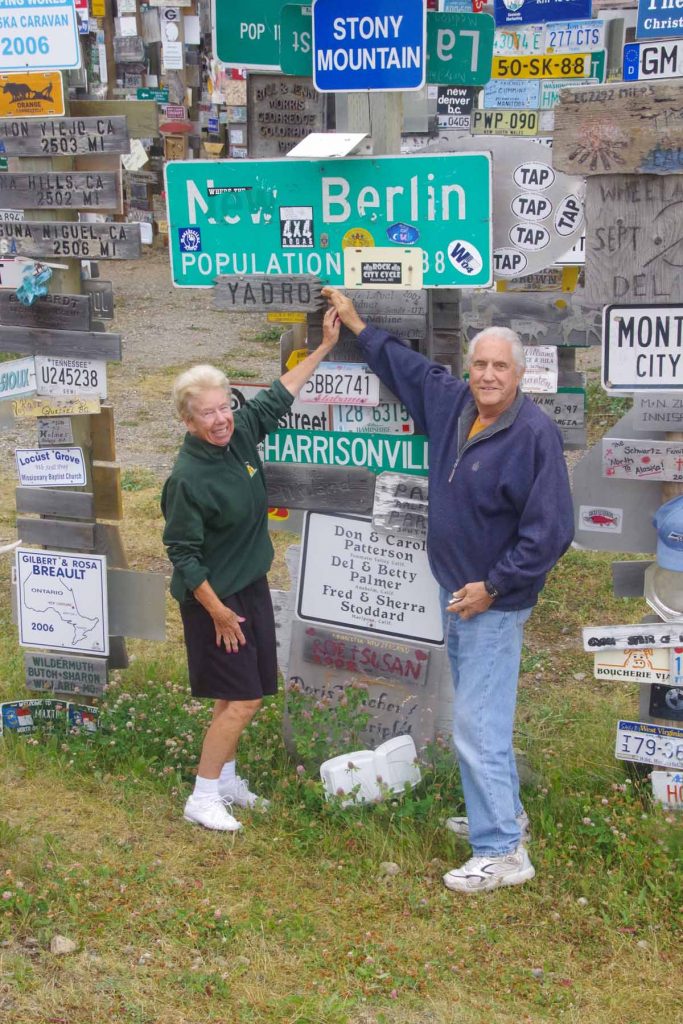 These folks were from New Berlin Wisconsin. They were happy to have found “their” sign. 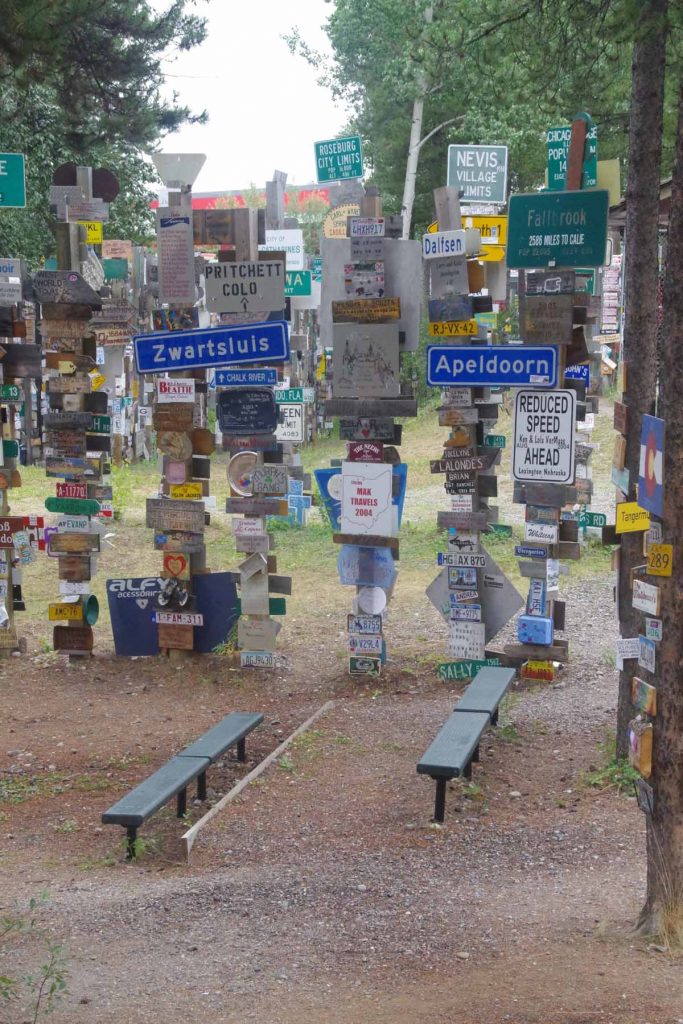 Dutch readers will notice a few places from the Netherlands in this one. 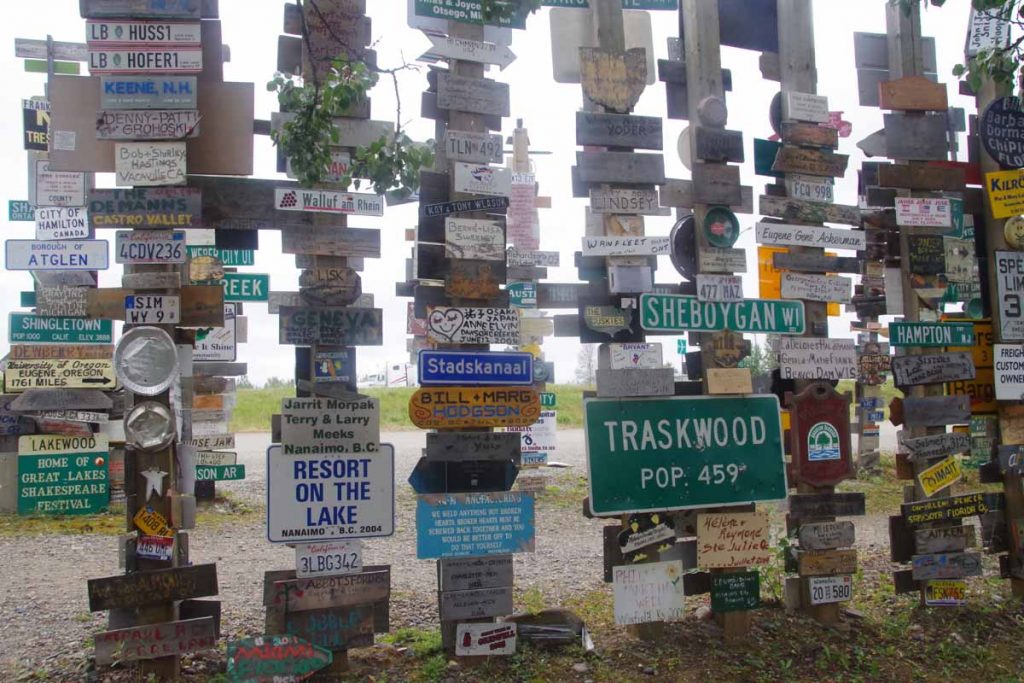 My grandparents lived in Stadskanaal for a while. 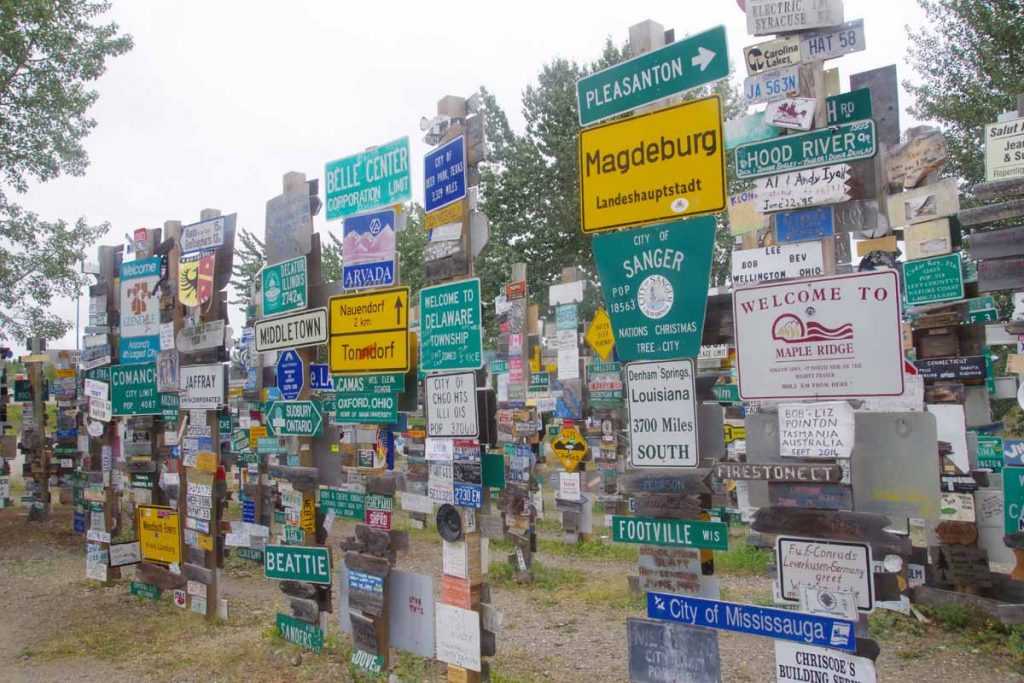 Another collection of signs. 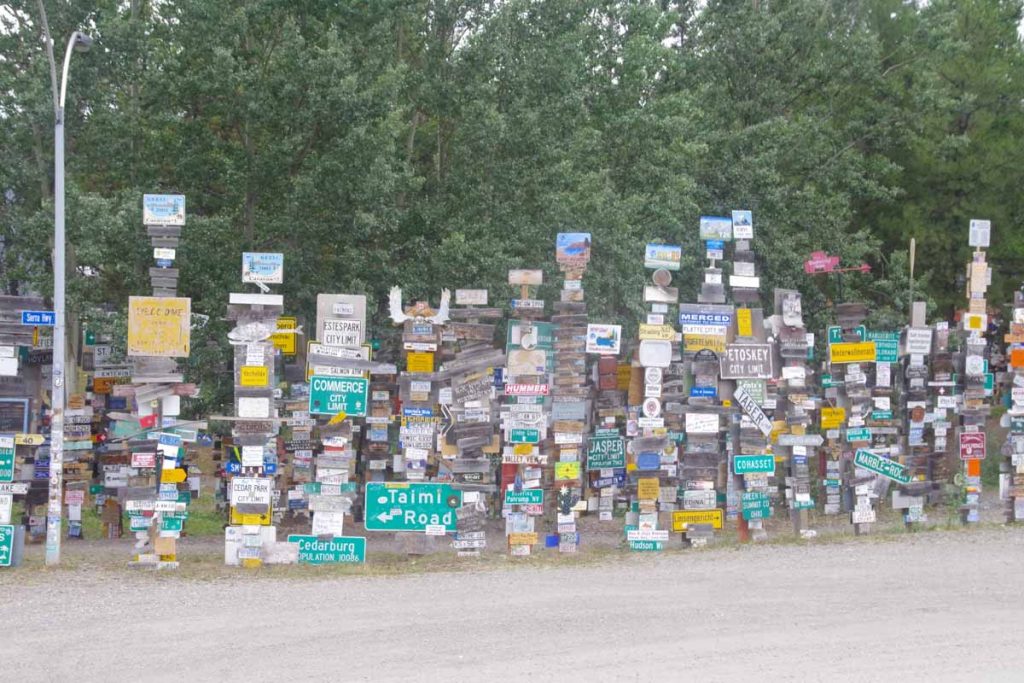 After all wandering around around the signpost forest, I stopped by post office to mail away a few items. I also found grocery story below. After that cycled to far end of town to the recommended restaurant (BJ’s) and then cycled back to Nugget City. It rained a bit more on the way back but overall a nice day trip of almost 50km round trip. 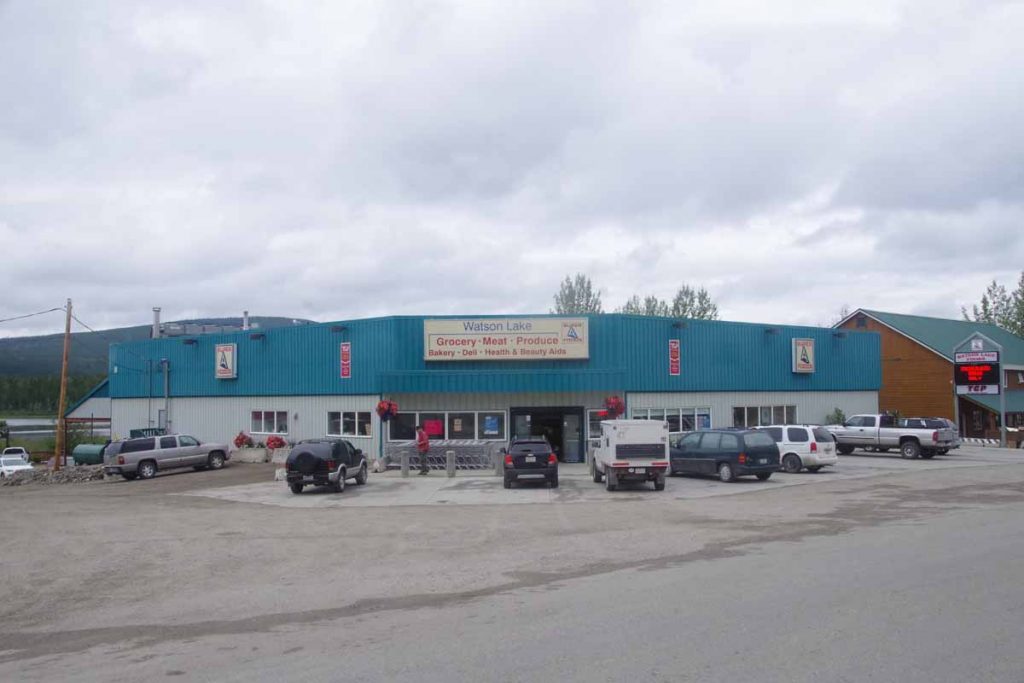 Tomorrow plan is to start down the Cassiar Highway. The position of services suggests likely 9 cycling days of ~80km per day to cycle the Cassiar. Will be interesting to compare with Alaska Highway.