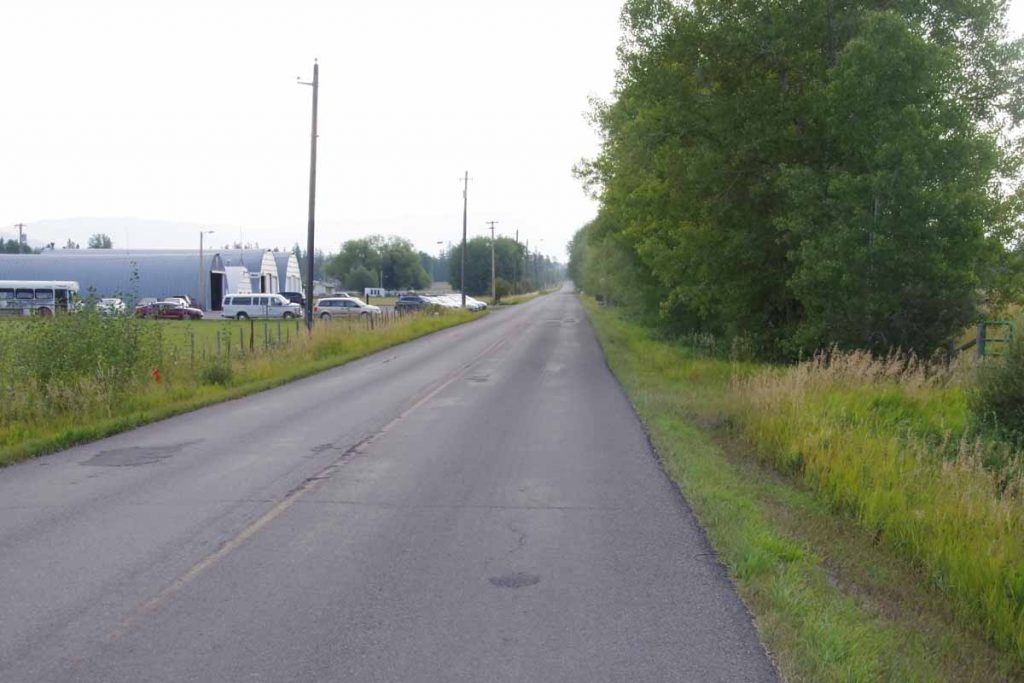 Today a somewhat easier and flatter day mostly on pavement. While all but the last ~12 miles were part of the GDMBR, expect this to be part of several days mostly on pavement paralleling the route rather than riding all the gravel roads. Fixed my flat tire and otherwise set up for leisurely departure from Whitefish.

Last night I visited with Tim Travis. Starting in 2002, Tim spent over a decade bicycle touring and living on the road with his bicycle. His first two years were on year in Mexico and Central America followed by one year in South America. I was familiar with Tim from following his web site from early days and otherwise on the web – and also recently re-read his first two books – and also believe Tim used my Australia web site to help plan his travels there. It was fun catching up. 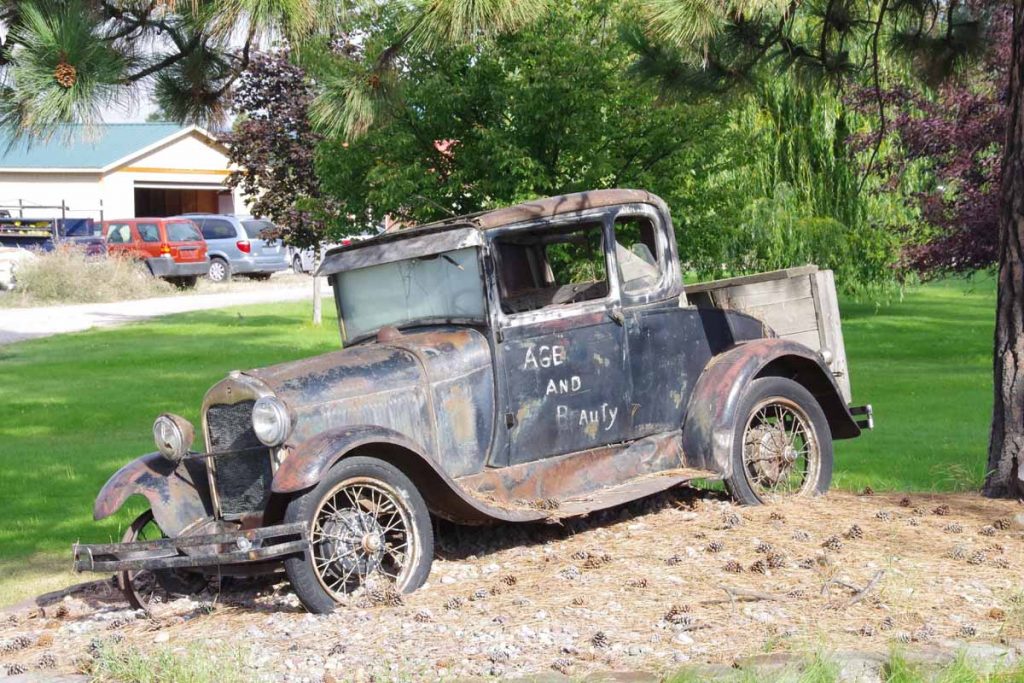 The first eleven miles today were on the GDMBR through back roads to Columbia Falls. I had made arrangements to meet my sister-in-law, Natalie, there for an early lunch. It was fun connecting there as well.

After lunch, I headed south and had intermittent south winds (headwinds) for rest of the day – though not as bad as I had feared when I heard of the 20-30mph SSW forecast. This area was a mix of agricultural as well as some forest with vacation homes (or perhaps permanent from people who live in resort-like setting). There was also some hay and some cattle. 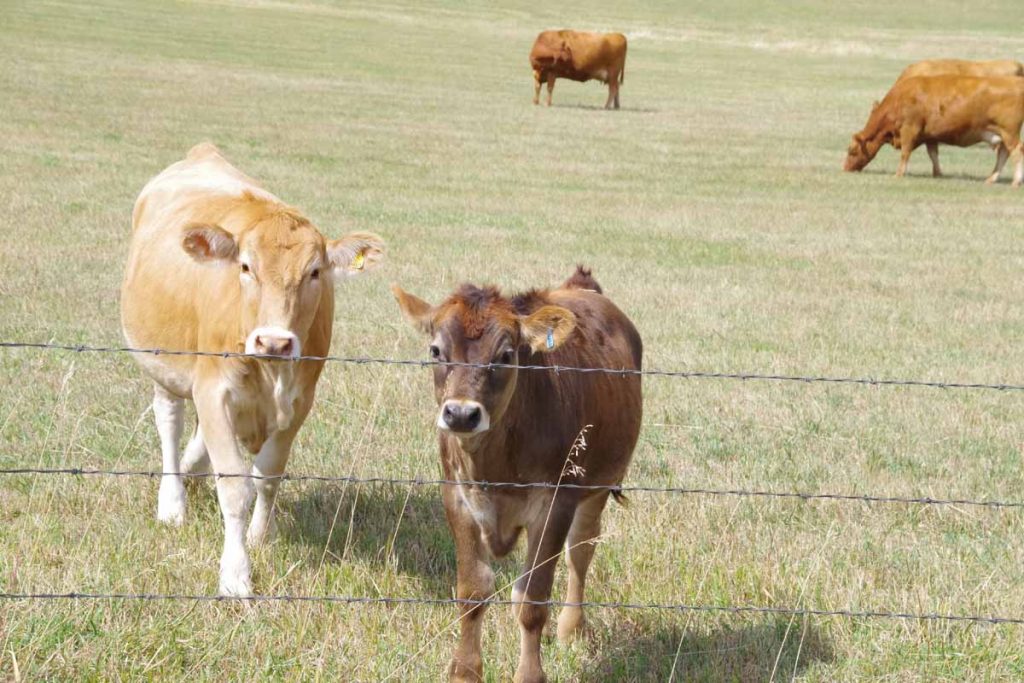 These cows were friendly and curious and I didn’t even have to “moo” to get them to come over. 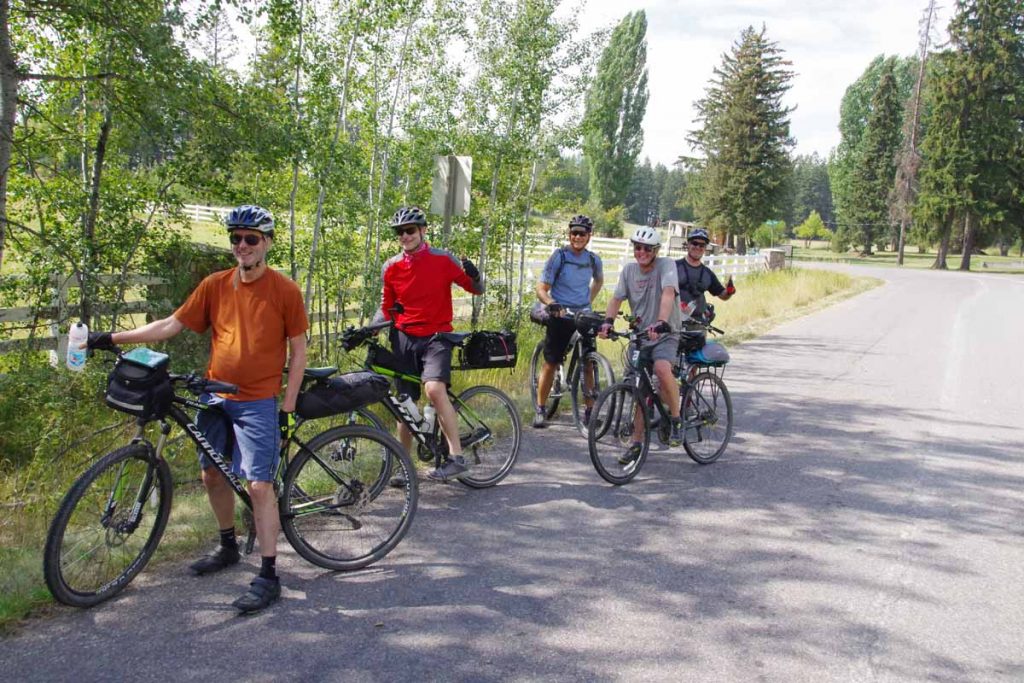 I met my group of Great Divide riders for the day on this segment as well. They initially came past me, but I was able to pass them later. They were doing a segment of the divide this year from Whitefish MT to Lima MT and had support drivers along and hence the light loads. Despite the lightly loaded bikes, I was just as fast on the flats and eventually left them behind when they stopped for lunch.

I took one stretch on “206” to avoid a few miles of gravel, but otherwise took the official route including a 2.3 mile section of gravel. It was reasonable cycling – through with my later start and lunch stop, I was a little later than normal. Stopped at 44 miles in Ferndale at gas station for bite to eat and then rode the last 12 miles to a nice B&B lodge on Swan Lake. 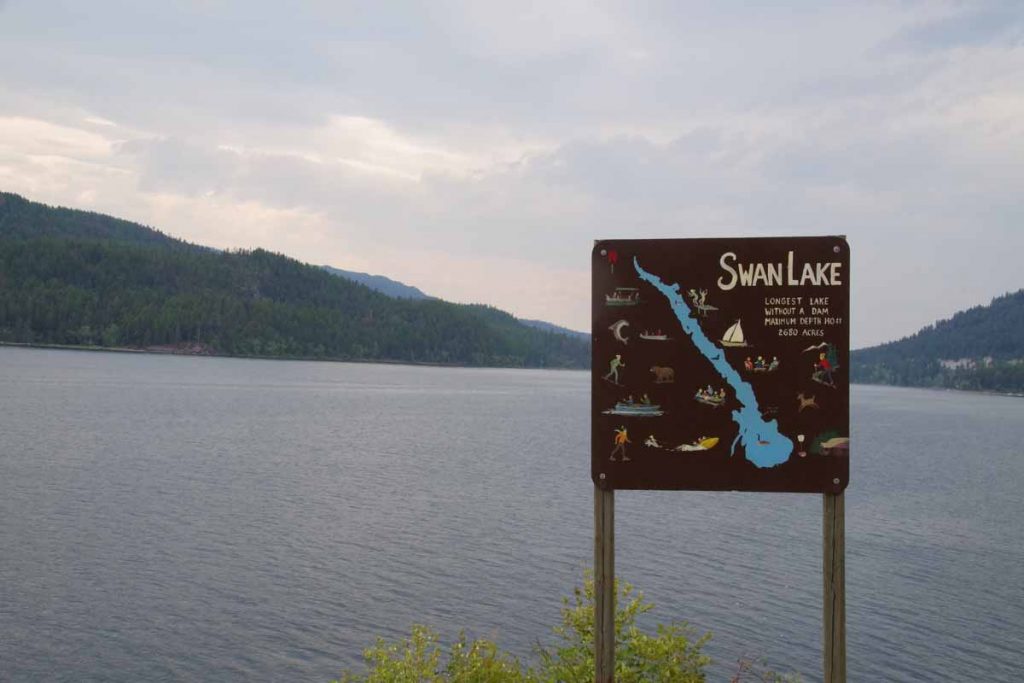 Photo above is of Swan Lake and here I had left the GDMBR as it goes on other side of the lake on gravel roads that go up and down some of the hills. Supposed to be reasonable riding, though I figured I’d make some progress following the paved roads on this side. Apparently, upcoming sections near Helena and Butte I’ve got some recommendations to consider skipping the roughest bits there. 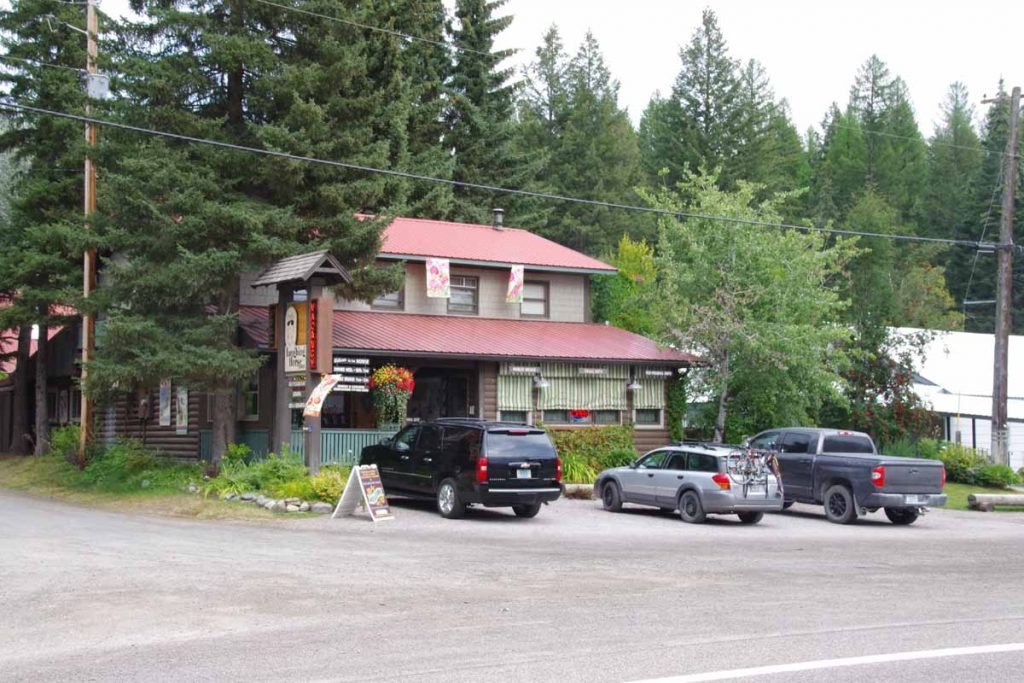 There is photo of the lodge, where also had dinner and plan breakfast tomorrow before setting off. The lodge had some friendly cocker spaniels several of which had “don’t feed me” signs around their collars.