Cycling instructions were simple today: get on MT 83. Follow it 57 miles to Seeley Lake. Along the way, the first two thirds was a gradual ascent from ~3300ft to ~4300ft following the Swan River and the last third was a gradual descent from ~4300ft to ~4000ft.

Sunrise keeps getting later and breakfast at lodge was 8am so it was almost 9am by time I was on the road. 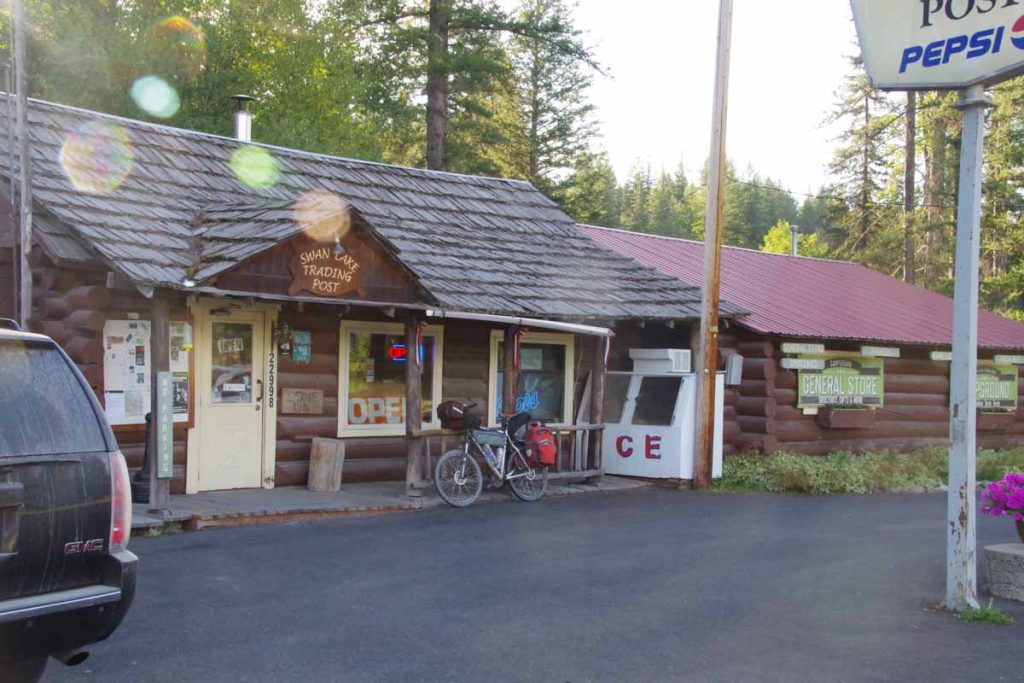 I stopped at the general store half a mile down the road since I wasn’t certain how many services I would find in Condon part way. Adventure Cycling maps indicated both a restaurant and a store, but folks at the B&B told me Condon was “mostly trees”. 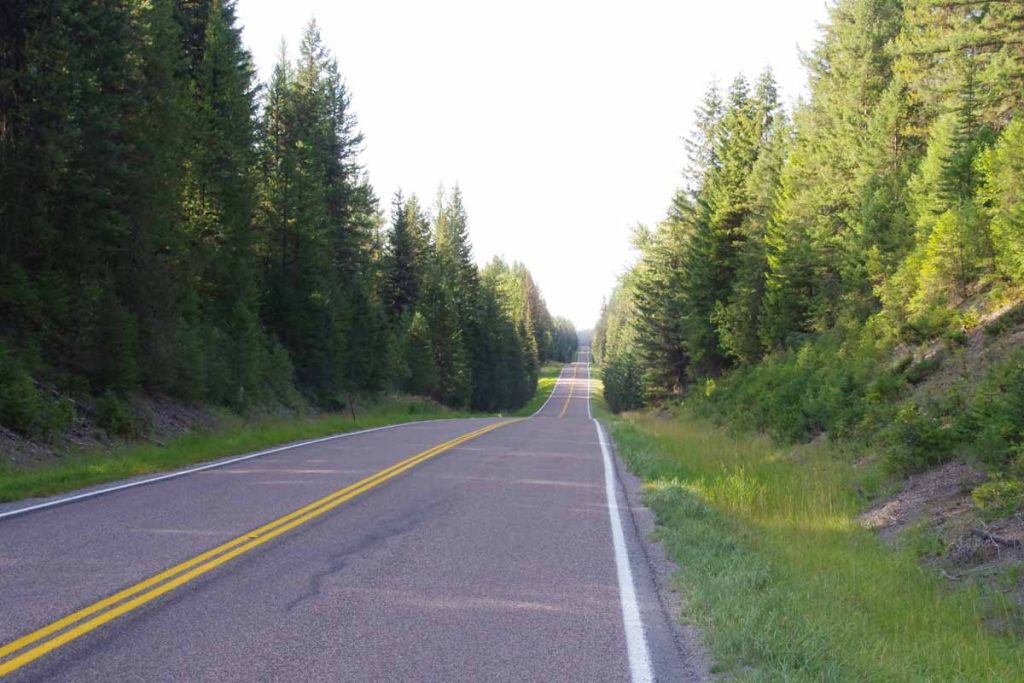 The route did go through a narrow corridor along the trees. While it didn’t give much in terms of views, I was glad because it kept everything cooler and also didn’t need to worry about wind. I expect in WY, I will miss these trees. The route went through the Flathead National Forest and a short bit of Montana Swan Lake Forest. The official GDMBR was on other side of the valley following the gravel roads up and over some low hills, but I was just as happy with my flatter and paved route. 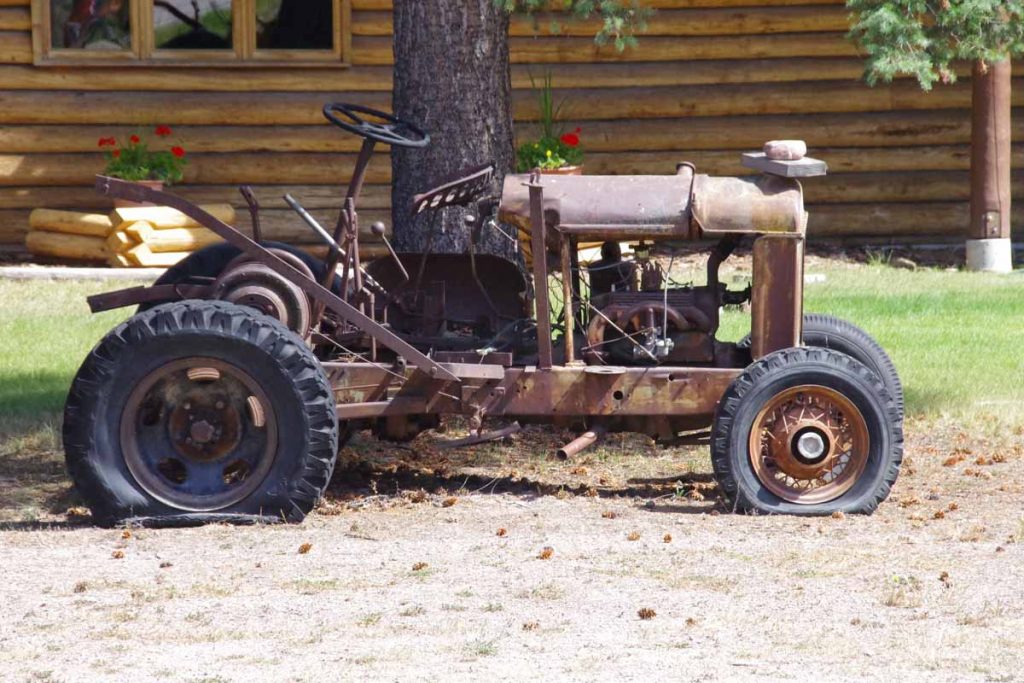 As I got closer to Condon, I didn’t see much in way of businesses but did notice at least three “we build your log house” businesses and also noticed many churches. Not sure where the houses are that people go to the churches but Condon had a Baptist, Lutheran, Catholic and Community Church. Also a post office and photo above was in front of the museum. Right about noon, I came to Swan Lake Cafe. There were no cars in front, but it was open. They explained to me once church service was over, it would get crowded. So had my burger just slightly ahead of the crowds. 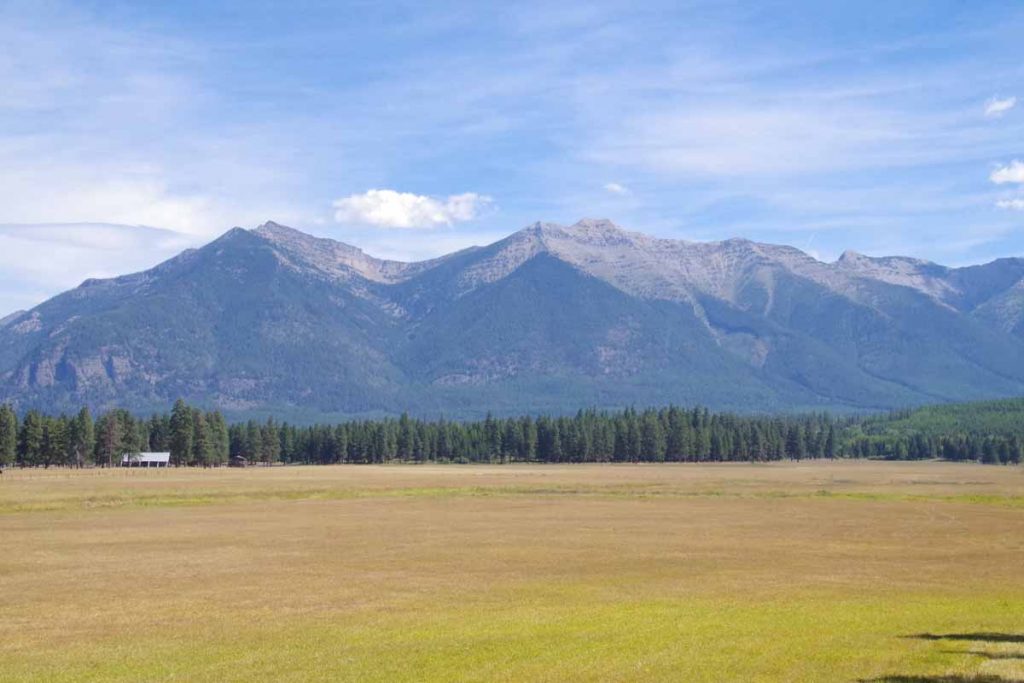 After Condon there were one or two places the views opened up as the road gradually continued to climb. The GDMBR briefly came to 83 and for 1.6 miles as it crossed from right side of the valley to the left. 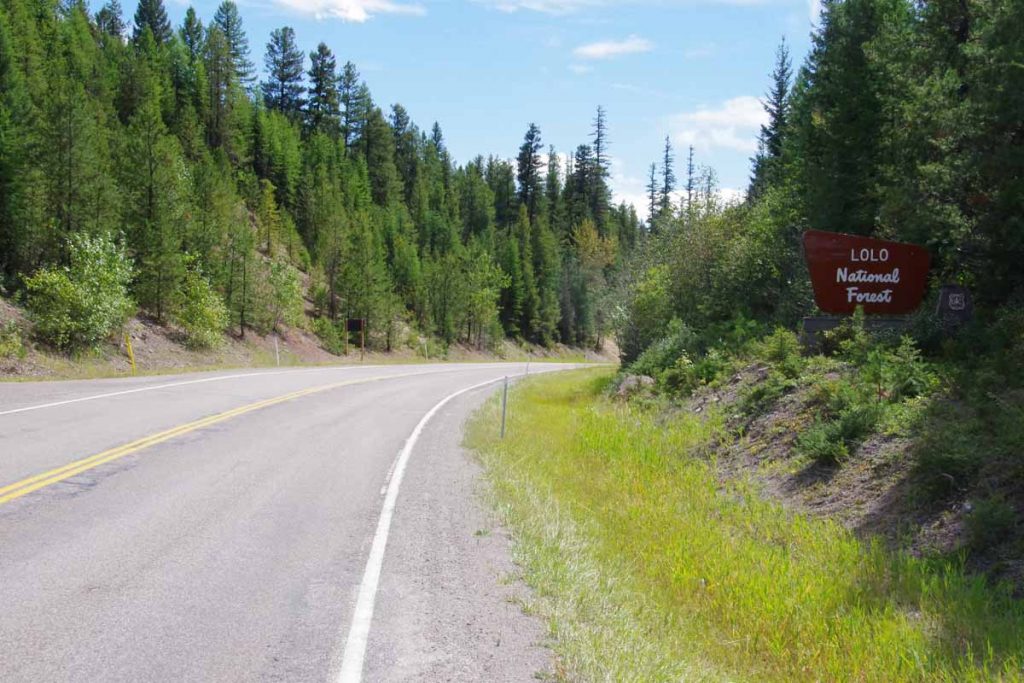 At 40 miles, I came to the Lolo National Forest sign which marked the top of the divide between Swan River and Clearwater River. By now it was 85F (30C). Also here was nice lookout over Summit Lake. 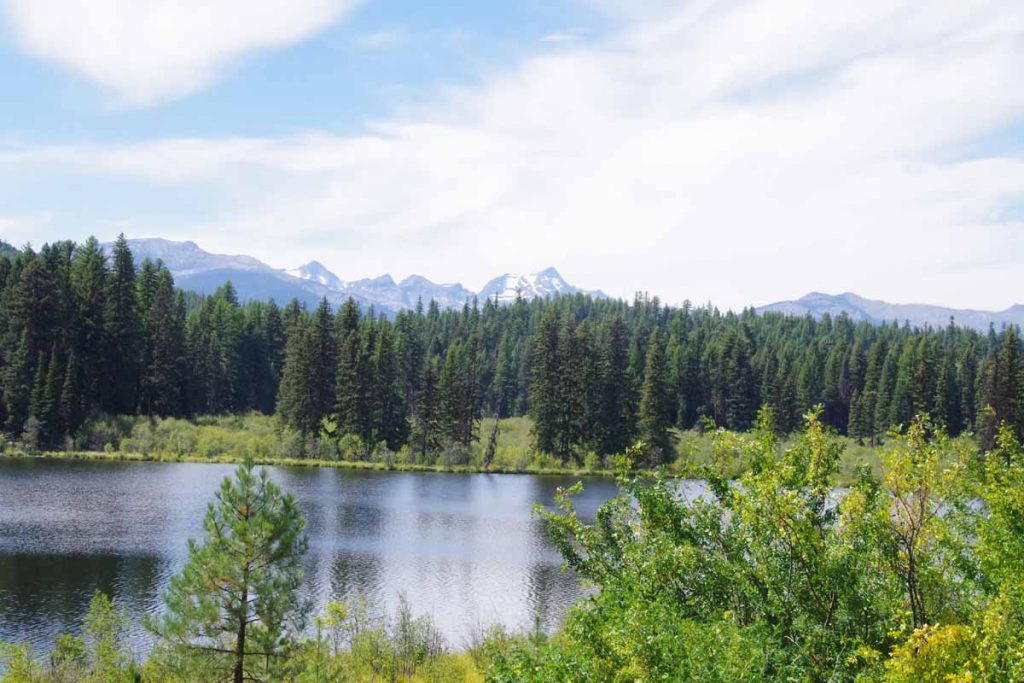 The last 17 miles slowly went along several lakes and then into resort community of Seeley Lake. Otherwise a reasonable and not too difficult day. I think this next photo is about gasoline and not about pizza. 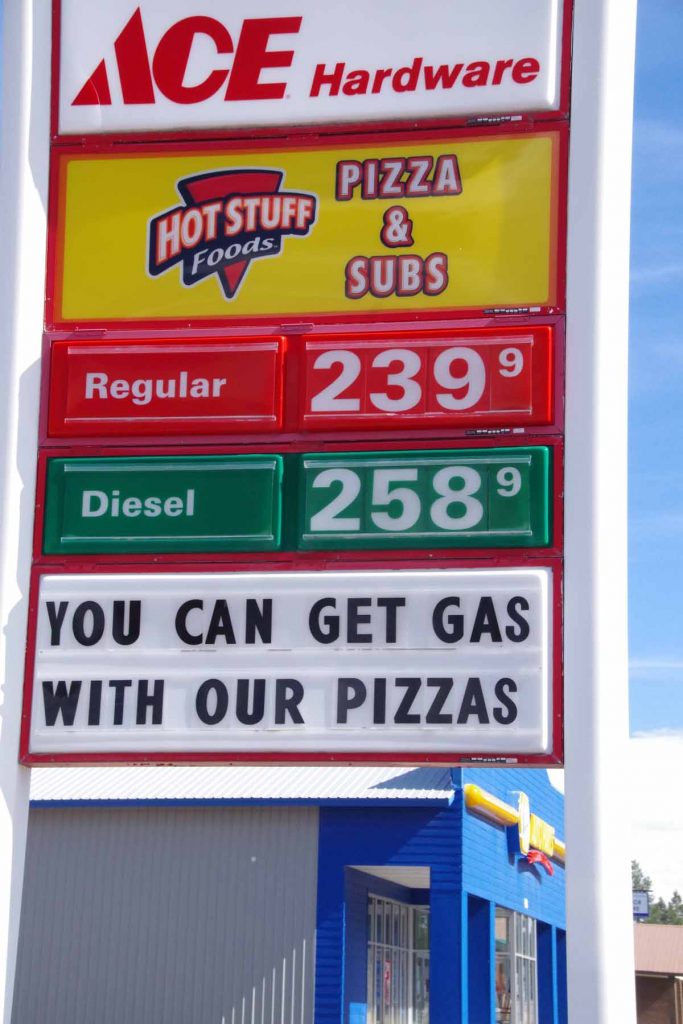 Now sorting out exactly what direction I follow from here. Most likely staying on paved roads to Helena and I’m told GDMBR near Helena and Butte is some of the more difficult bits, so I’ll probably be on pavement there.