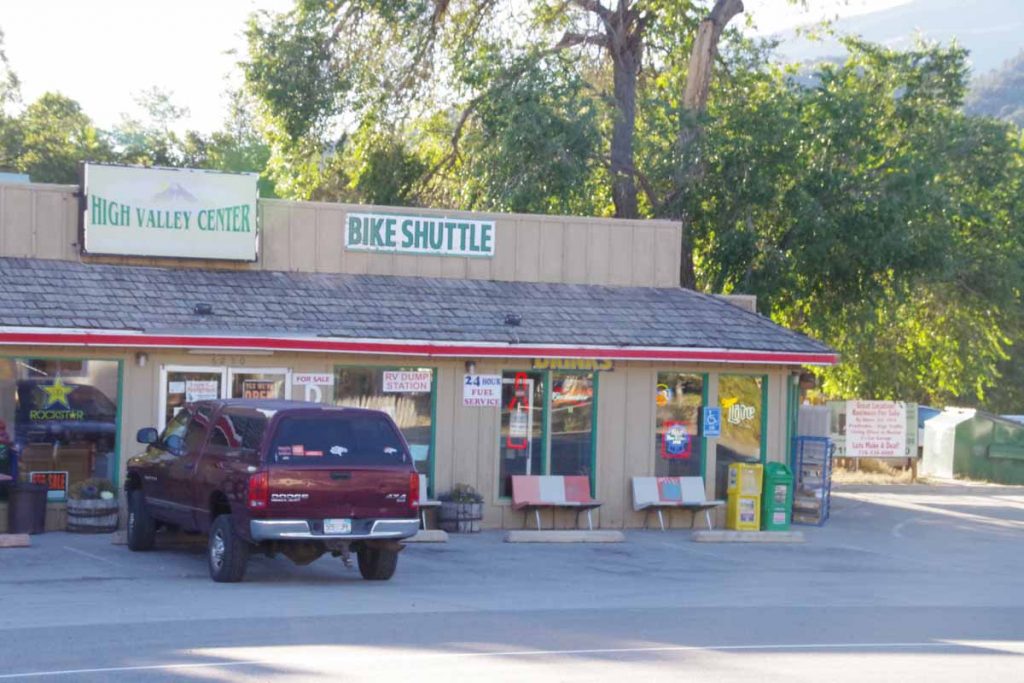 First order of business was to climb over Poncha Pass, approximately 2000ft spread over 11 miles. Some gentle climbing to Poncha Springs where I took the photo above. It looks like the “bike shuttle” likely takes tourists to either Poncha Pass (9010 ft) or Monarch Pass (11318 ft) where they can then glide back down. I went up the more conventional way which had one or two short stretches of 6% and the rest was 5% or less. 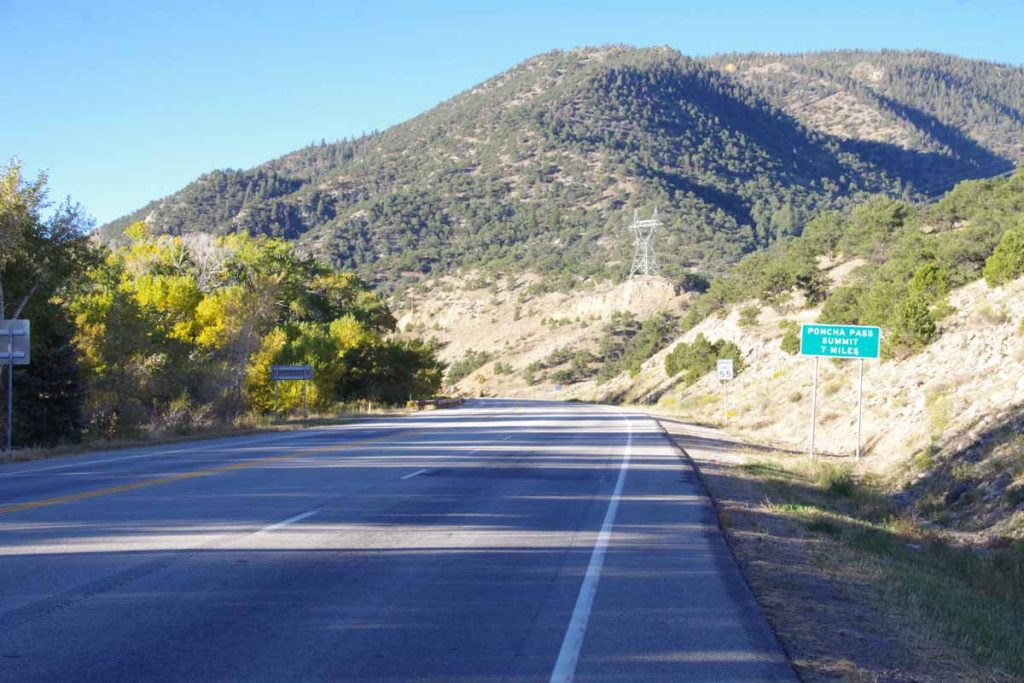 It was cool climbing though quite a bit warmer than Fremont Pass. 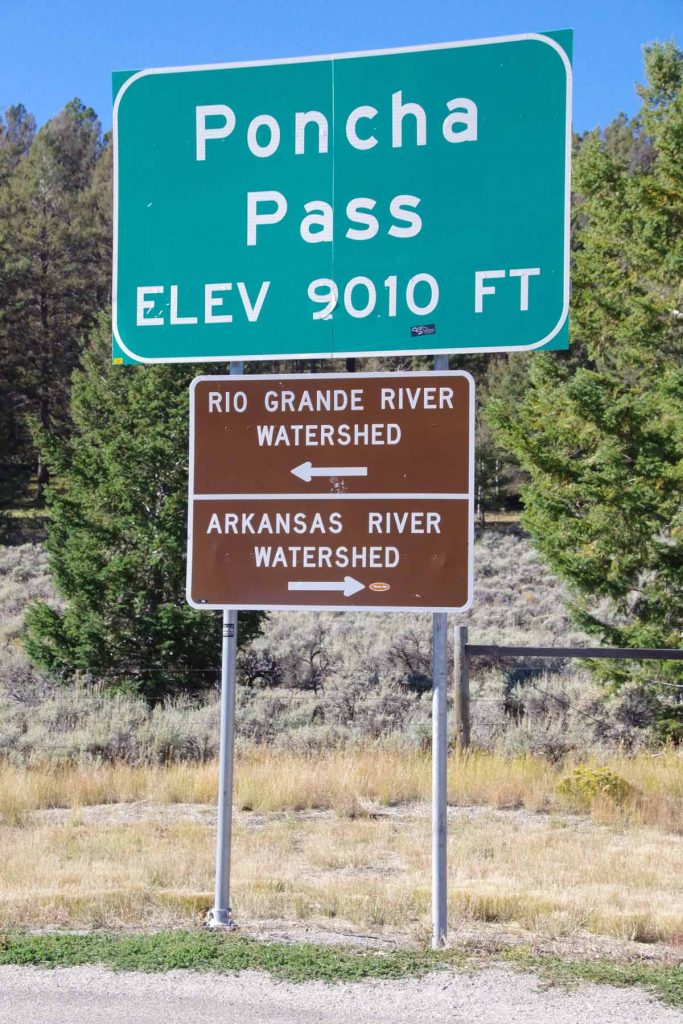 Sign at the top. In my riding through Colorado I’ve now crossed through the headwaters of four large rivers:

No other big river basins left, though eventually I’ll need to cross back from the Rio Grande Basin to the Colorado River Basin. 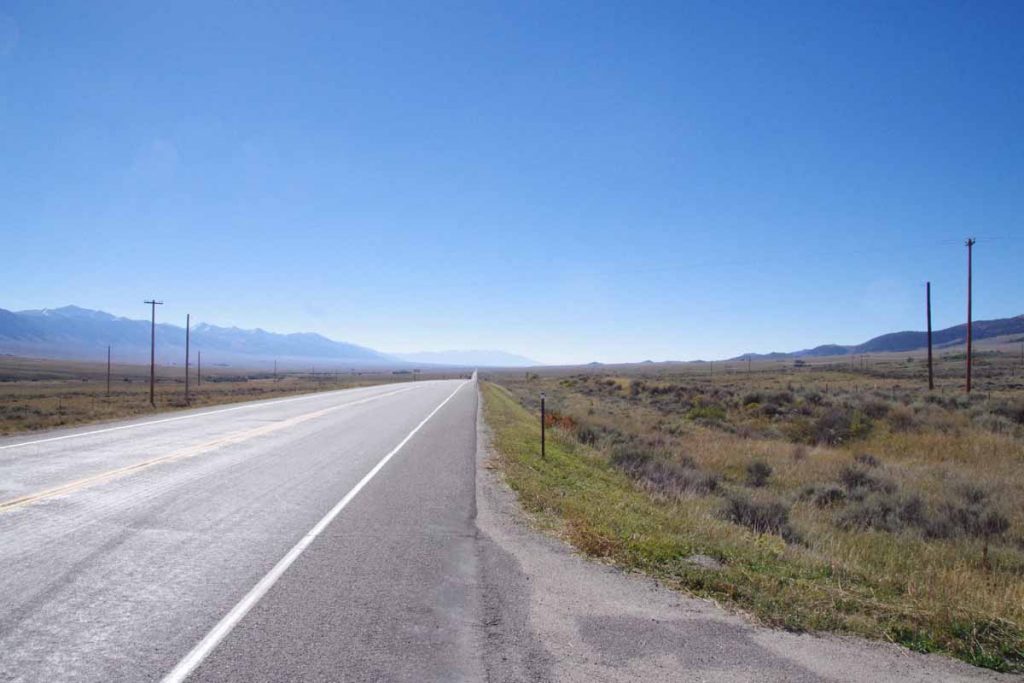 The San Luis Valley is a high-altitude basin of approximately 8000 square miles (122 miles x 74 miles – slightly larger than area of Massachusetts and half the size of the Netherlands). It is flat, open and without trees. Fortunately these two had little wind. I had some gentle descent into the valley and then pretty flat after that. 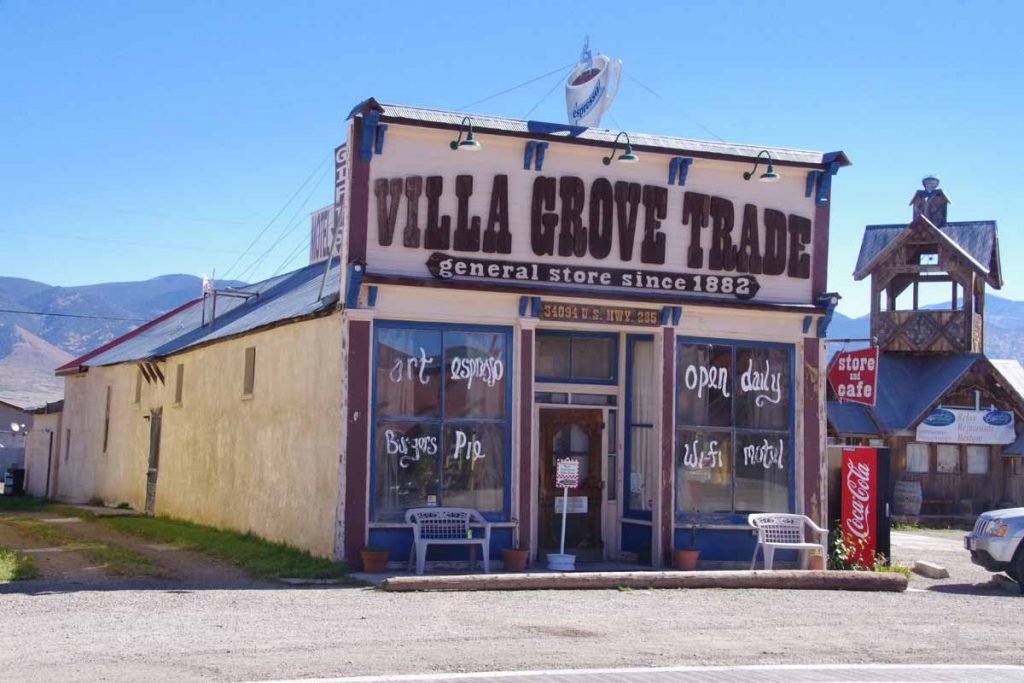 At 25 miles was Villa Grove. An unexpected treat to find this store/cafe. Stopped and had a delicious piece of chocolate pie. 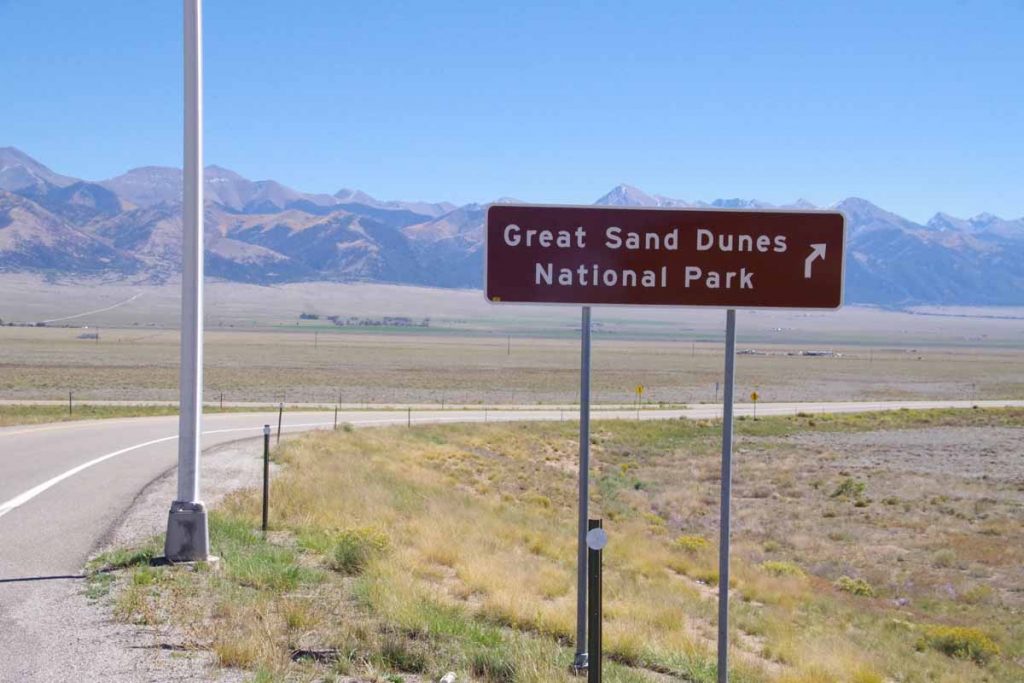 Five miles later was turnoff to CO 17, the smaller road to the Great Sand Dunes. Less traffic and much narrower shoulders. 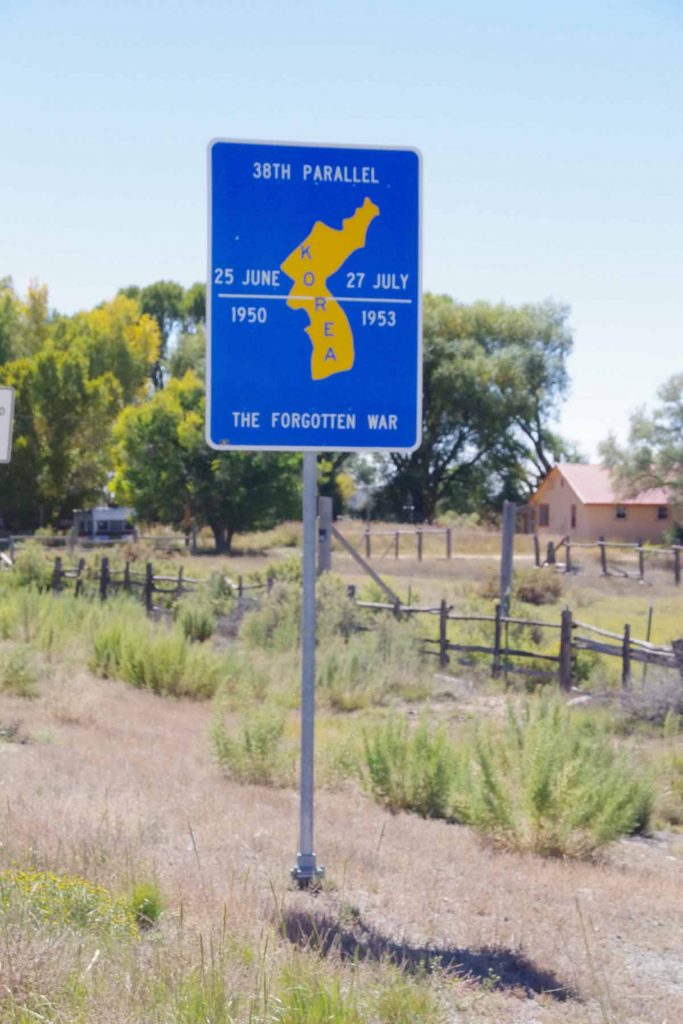 At the town of Moffat, I crossed the 38th Parallel. Here they also had a sign pointing out this was same parallel as original dividing line in Korea. Town is an overstatement as only business establishments consisted of a post office and a small artsy gallery that also served espresso coffee. 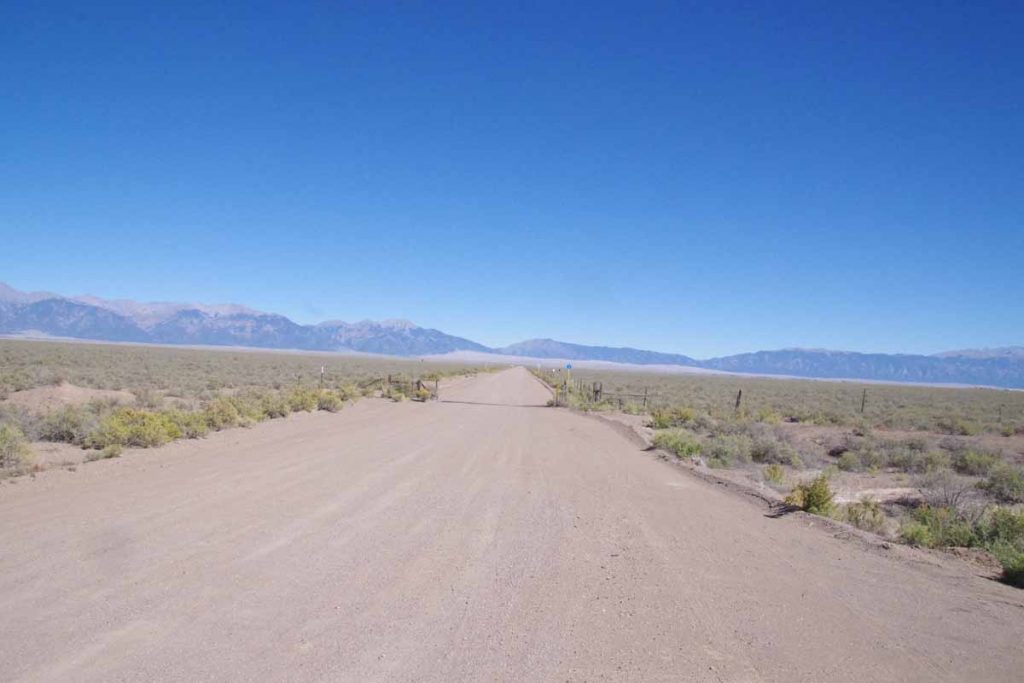 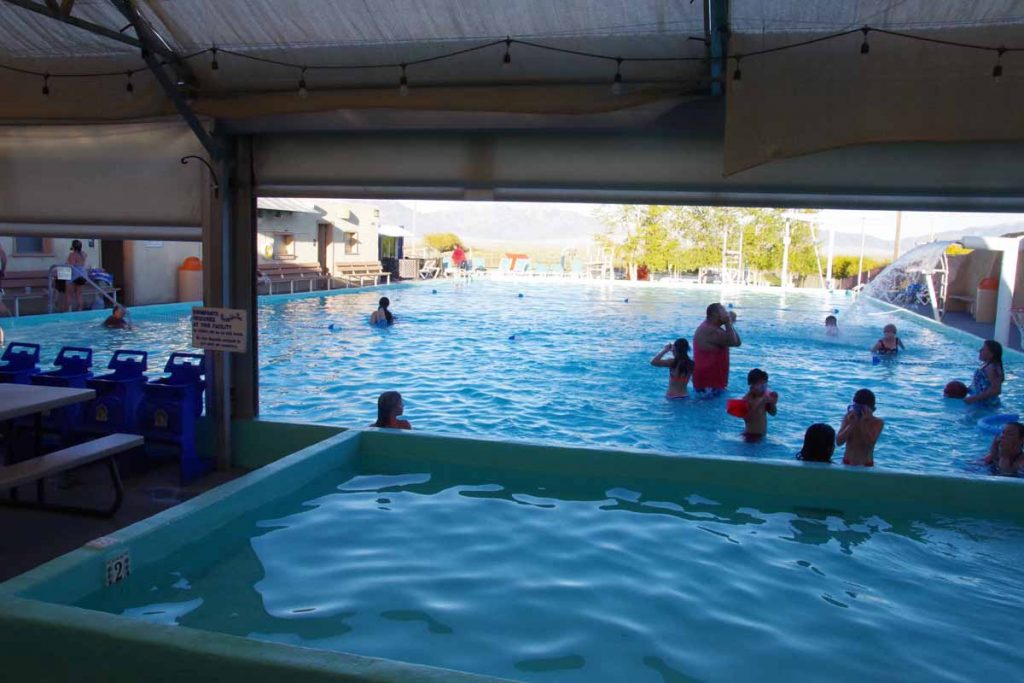 There was a nice swimming pool here as well as a small grill. I had dinner and then went for a swim and soak. In the evening I watched the presidential debate on a TV at the bar. 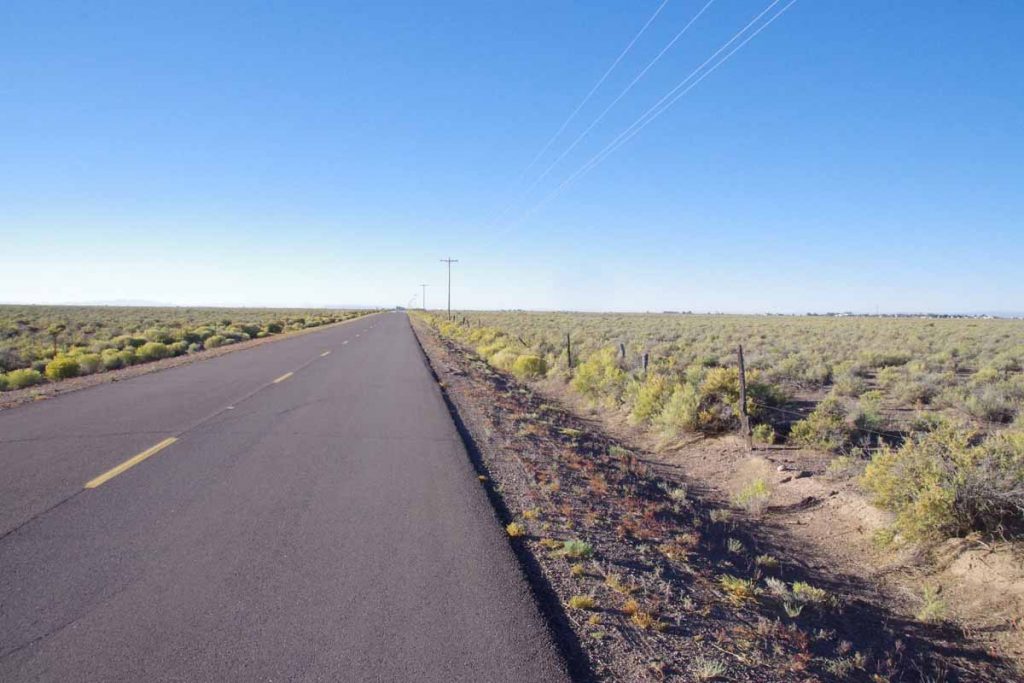 Next morning skies were clear blue again and back cycling through San Luis Valley. The town of Hooper is off in right side of this image. Again, town is an overstatement as nothing was open. 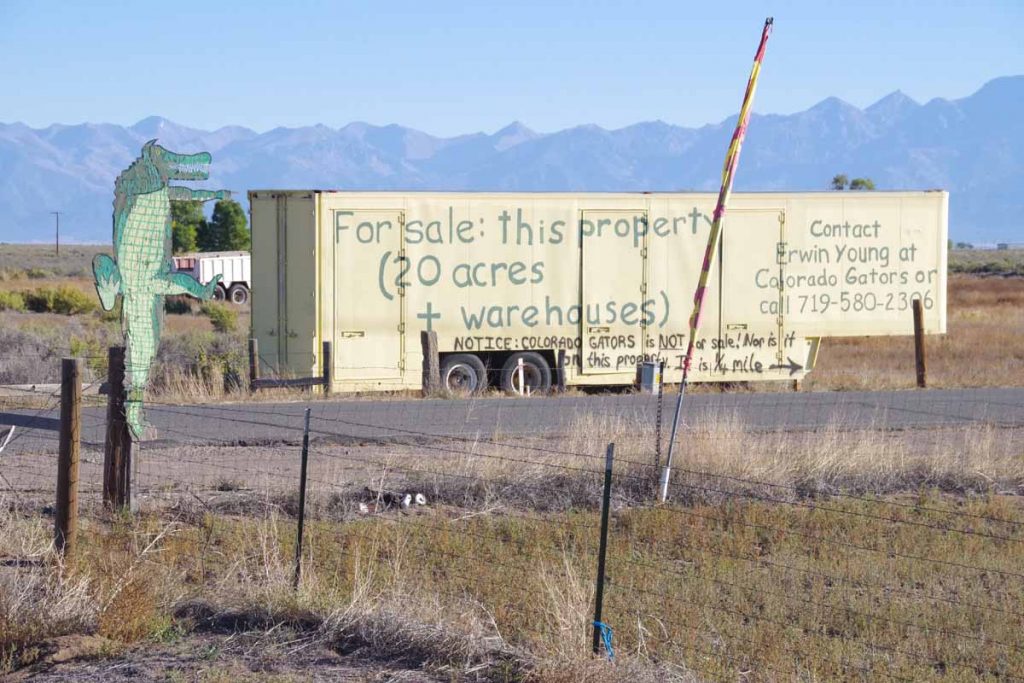 Not much further was an alligator farm. Once can even buy the land next door. 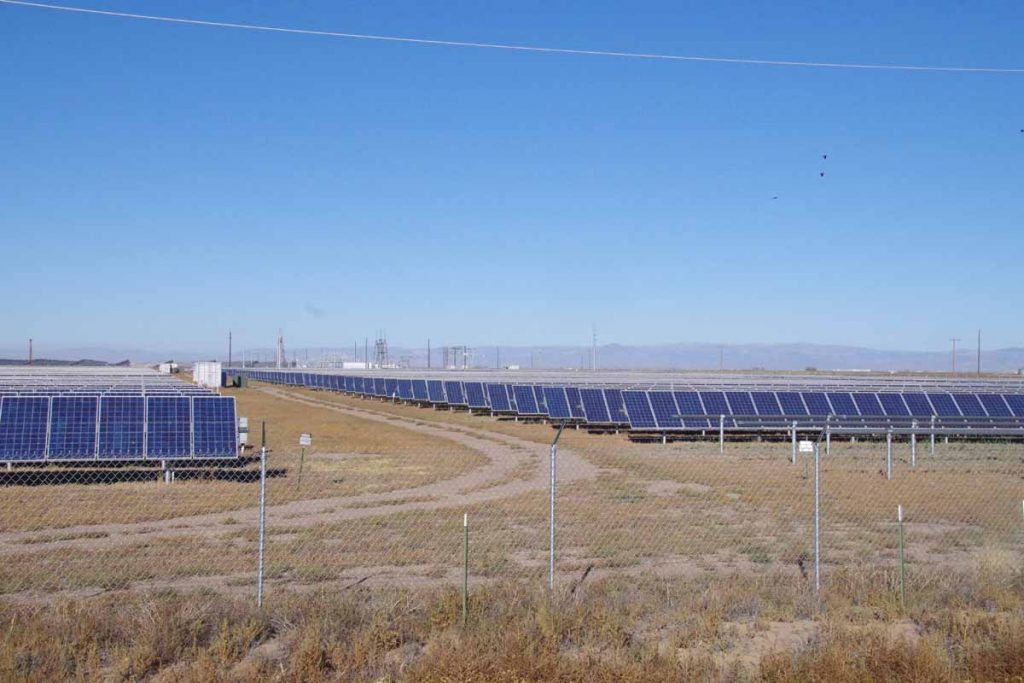 A little before Mosca, was this 30 MW Solar Array. Wikipedia says it was largest installation in the world at time it was completed (2012). Those panels rotate to catch the sun. 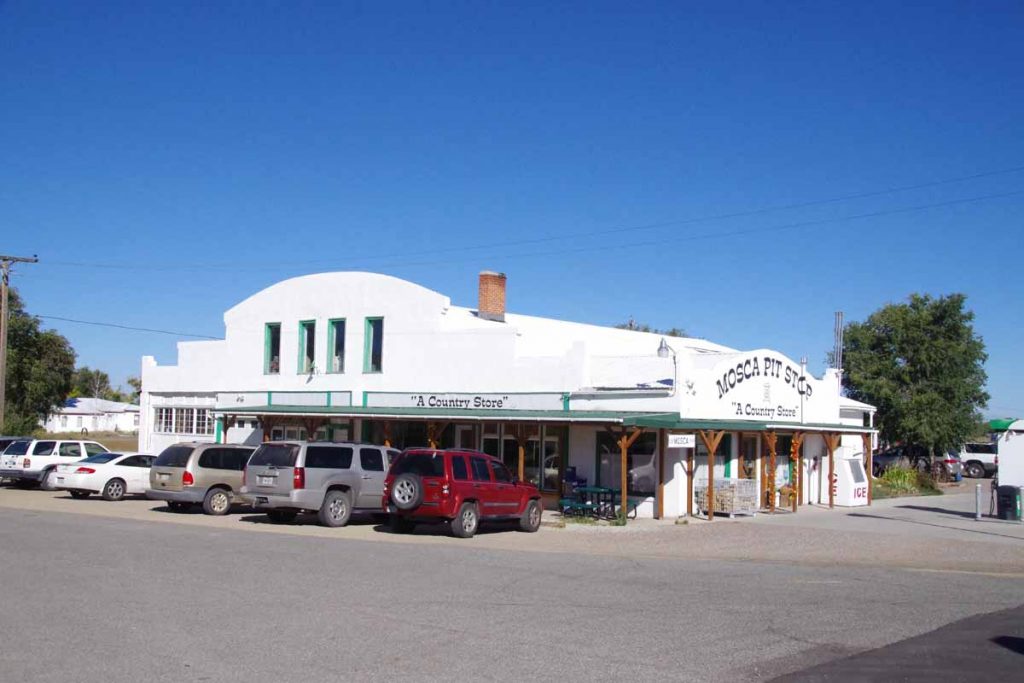 Seven miles past Hooper, Mosca had a store/gas station and chance to get breakfast. After that another 15 miles and I was through Alamosa, the big town for the day. 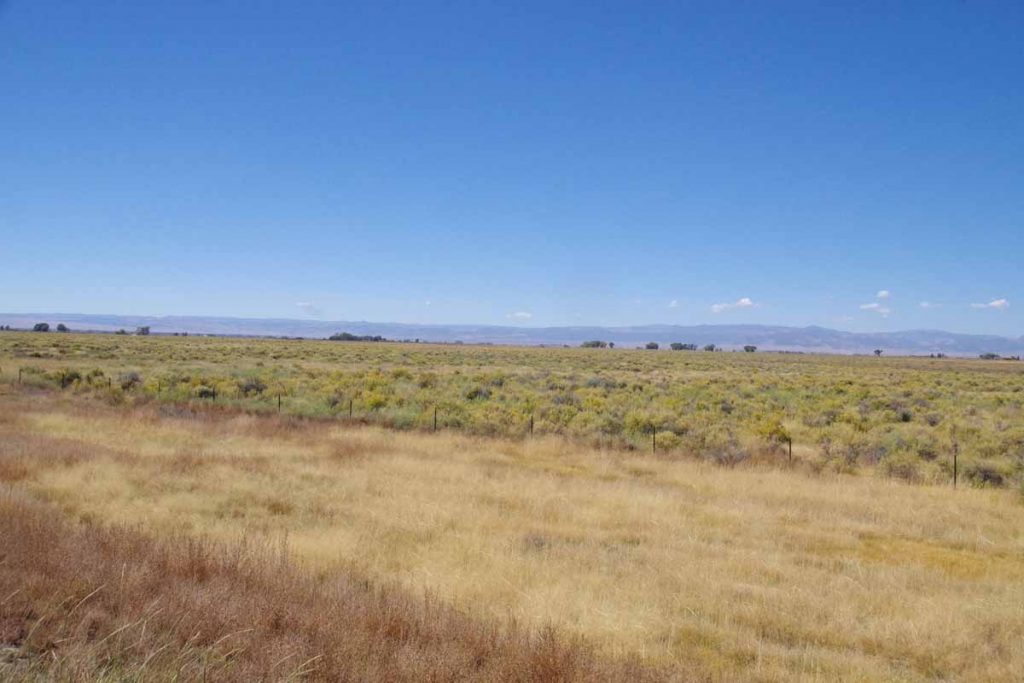 After Alamosa, the route followed the railroad. US285 had nice wide shoulders. There was the slightest incline as I climbed ~300ft in 29 miles to reach Anonito. 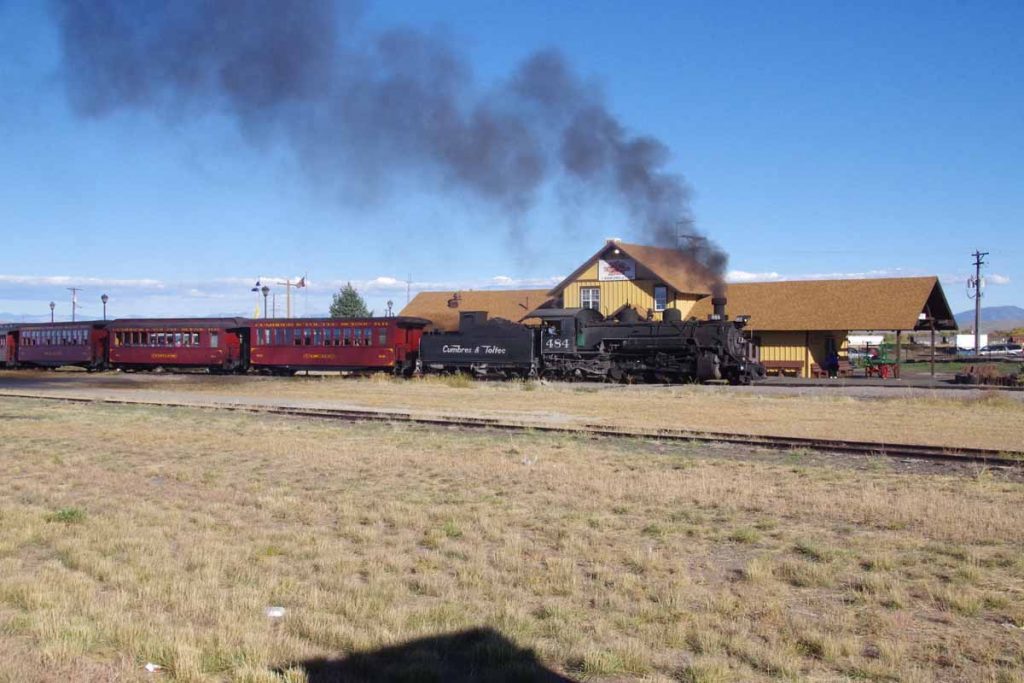 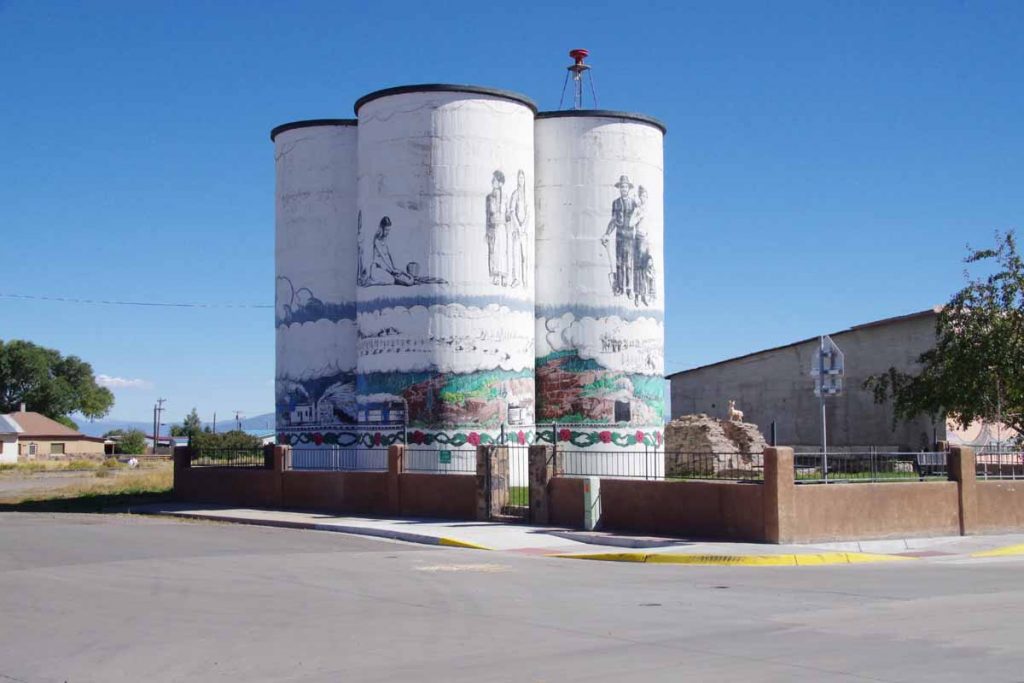 It also has some interesting artwork and paintings. Otherwise a small downtown with grocery and one or two restaurants. Overall two nice and not extremely difficult days of riding to come here. 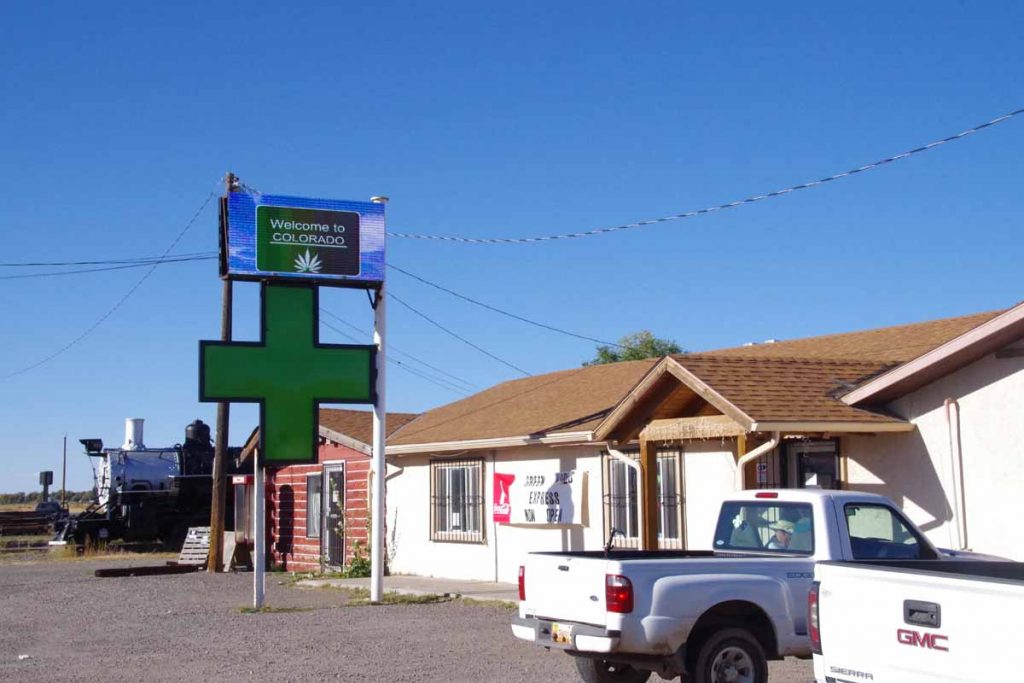 It also has at least three cannabis shops. There might be more of these shops than restaurants in town.