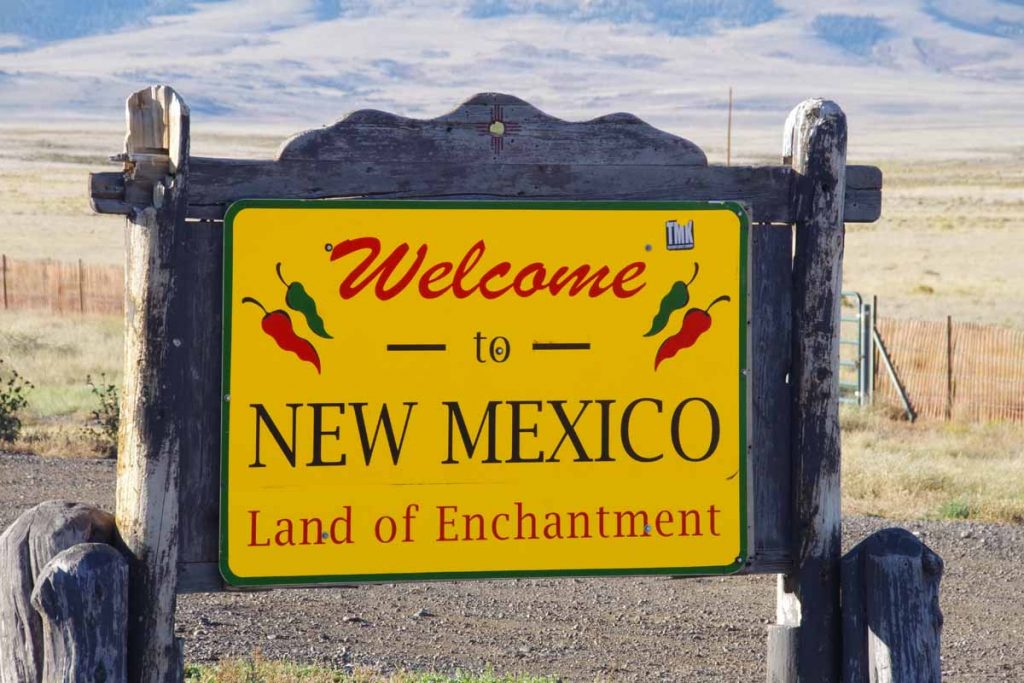 After five miles, came to the border with requisite CO and NM signs. 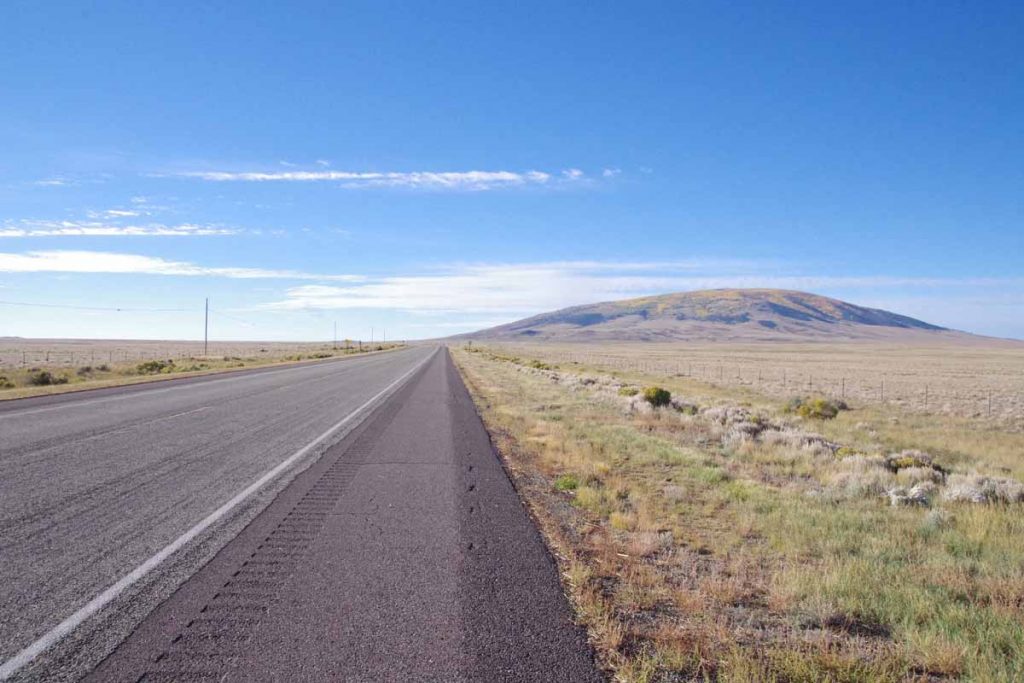 In the background was San Antonio Mountain. The route gradually climbed over to left of the mountain and then along. Several signs for “Elk Crossing” and “Winter Wildlife viewing area”, but otherwise not much. Shortly pass San Antonio Mountain was a weigh station and then the shoulder went away. Fortunately, light traffic most rest of the day. 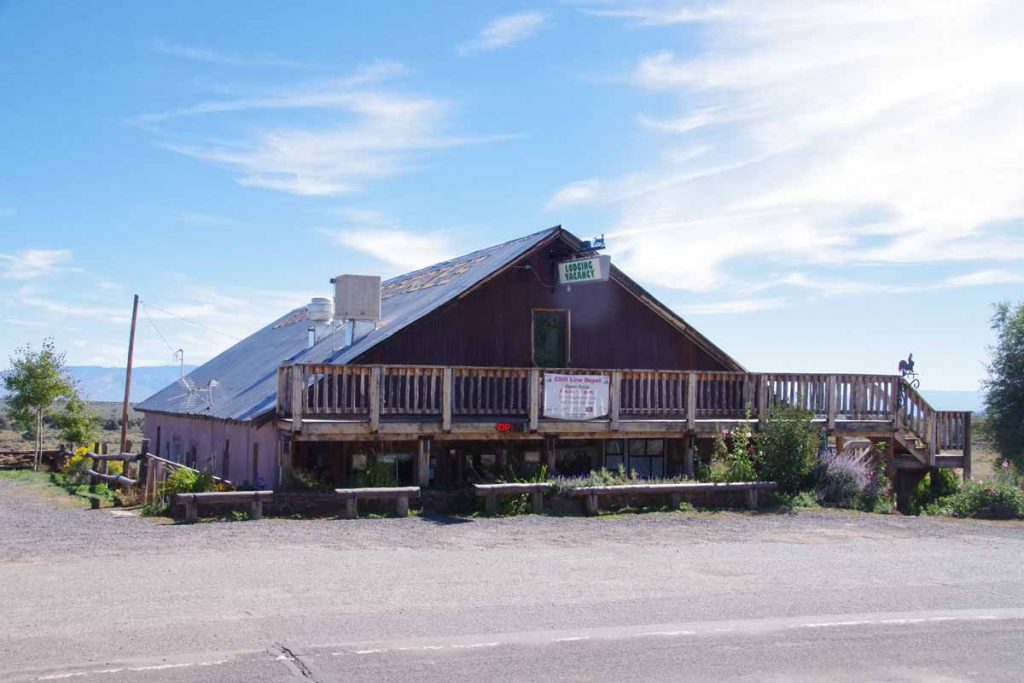 At 30 miles was Chile Line Depot and chance to get a late breakfast. 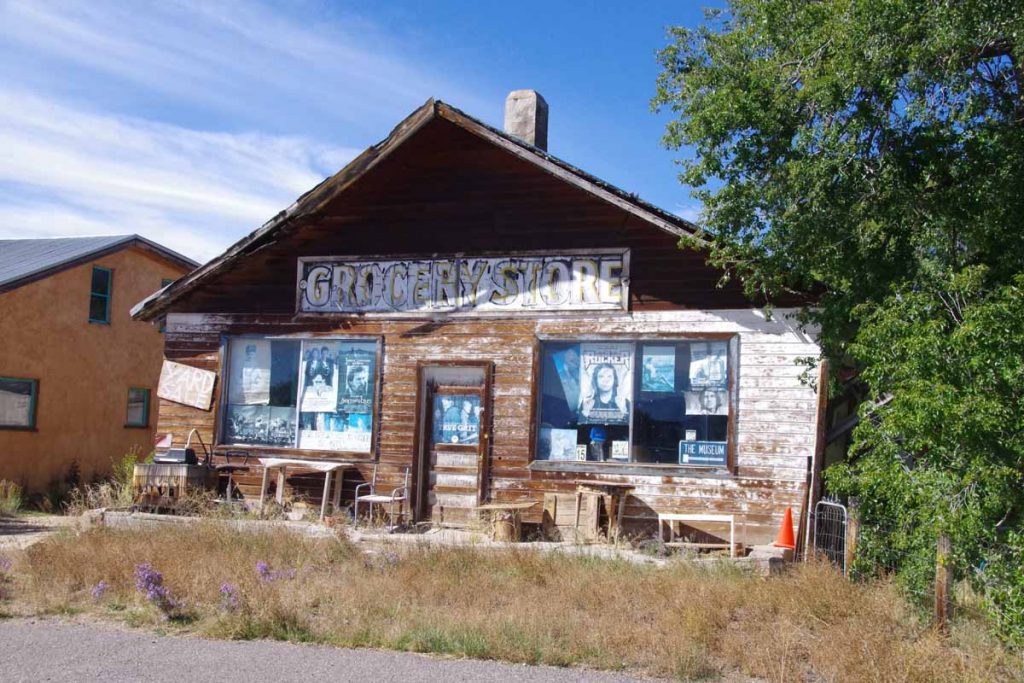 The place across the street claimed to be a store, but I’m skeptical. After Tres Piedras, two route choices either continue on US285 or go east via Taos. Trip reports I’d read seemed to suggest more traffic and intermittent shoulders on 285 and more lodging choices in Taos, so headed east. 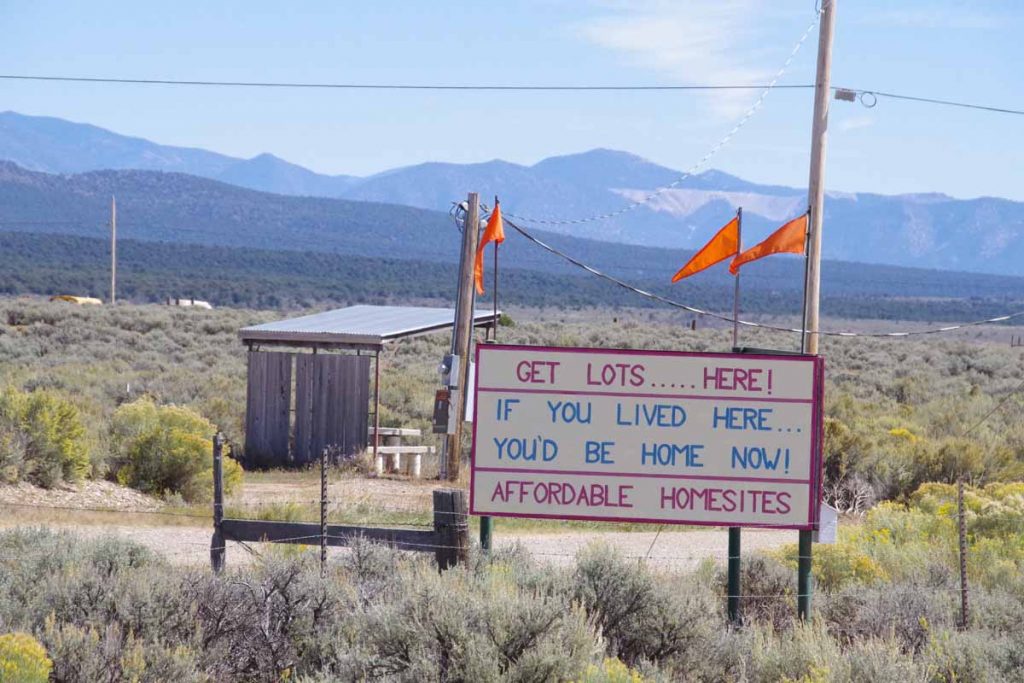 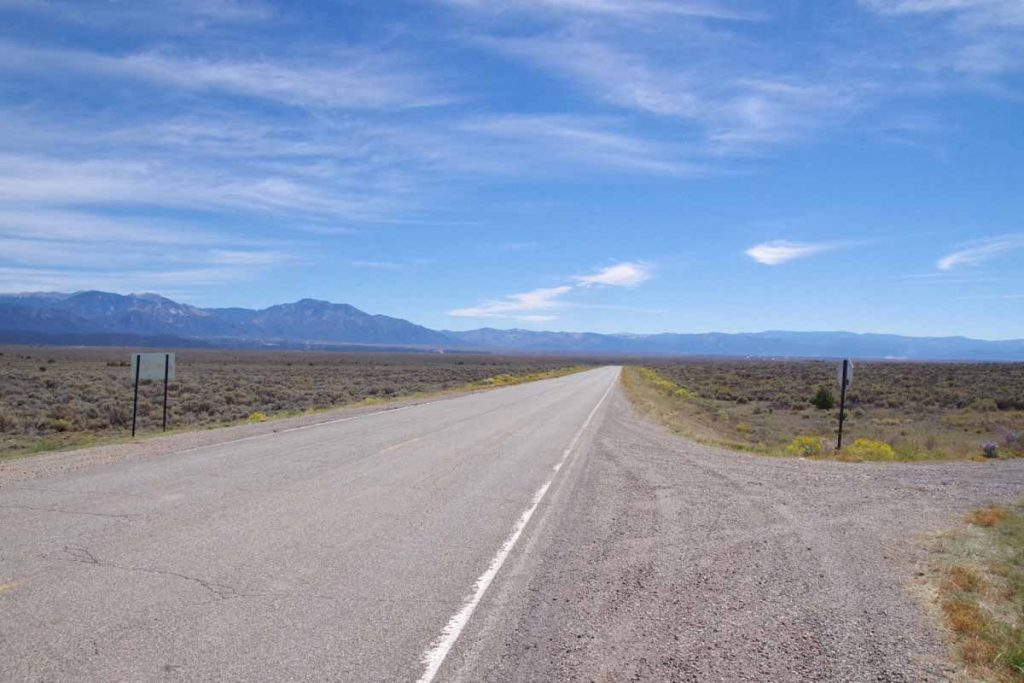 A few home sites but also many wide open spaces. A lot of this land seems to be either BLM or Forest Service managed. 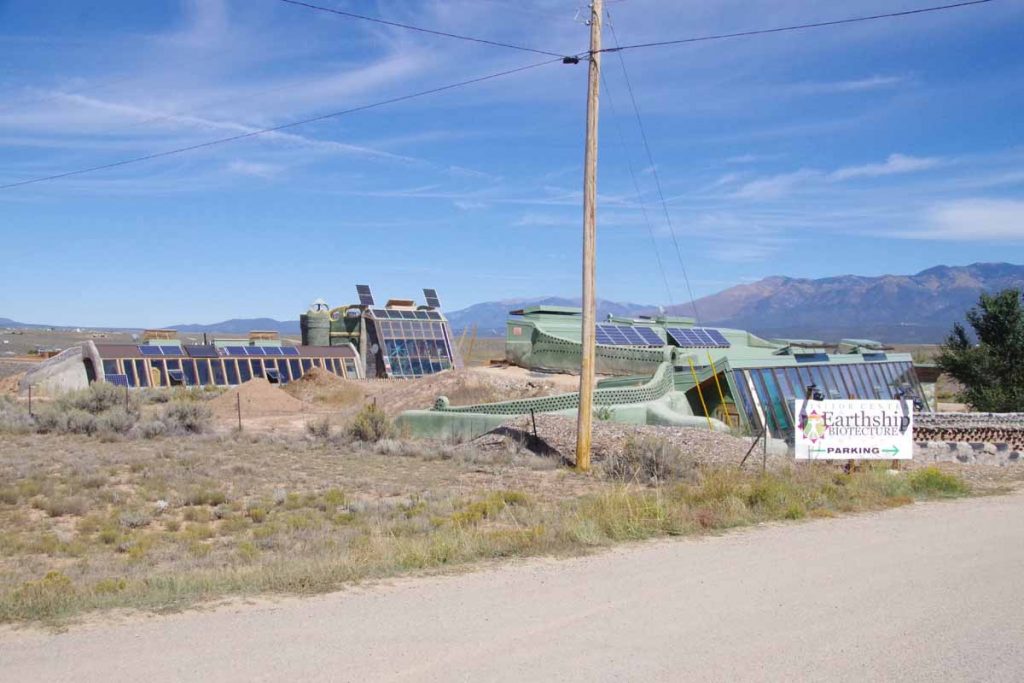 At some point I started seeing a number of funky looking homes. The company was earthship.com and they had a display home. However, when I saw the $7 admission fee, I wasn’t quite curious enough. 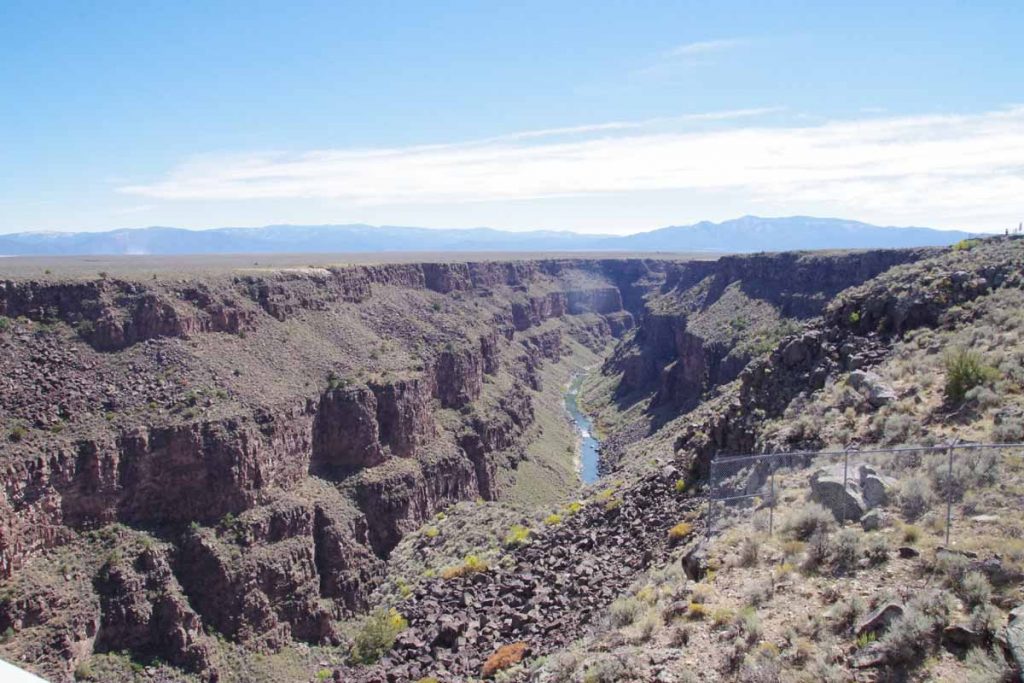 Shortly after the road crossed the Rio Grande river. The river itself was contained in this small gorge. 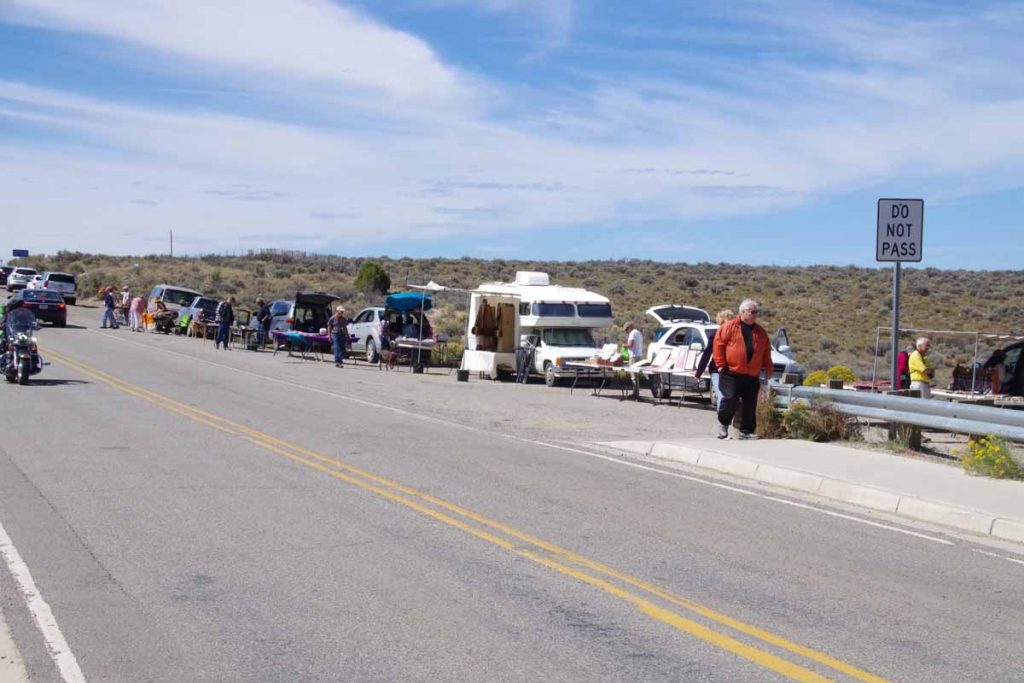 After this, a bit of a grind to cycle into the wind and very slowly uphill. I crossed over Taos and found a place to stay on the other side. I saw some of the turnoffs to the Taos Pueblo, but didn’t follow them this time. Overall, get sense of a touristy and slightly artsy community. Nice to get a few miles in New Mexico.