Four and a half hours to do 27 miles. It wasn’t very far and definitely wasn’t very fast. However, I’m now 2000ft higher and also upwind (at least for today) of where I started this morning. 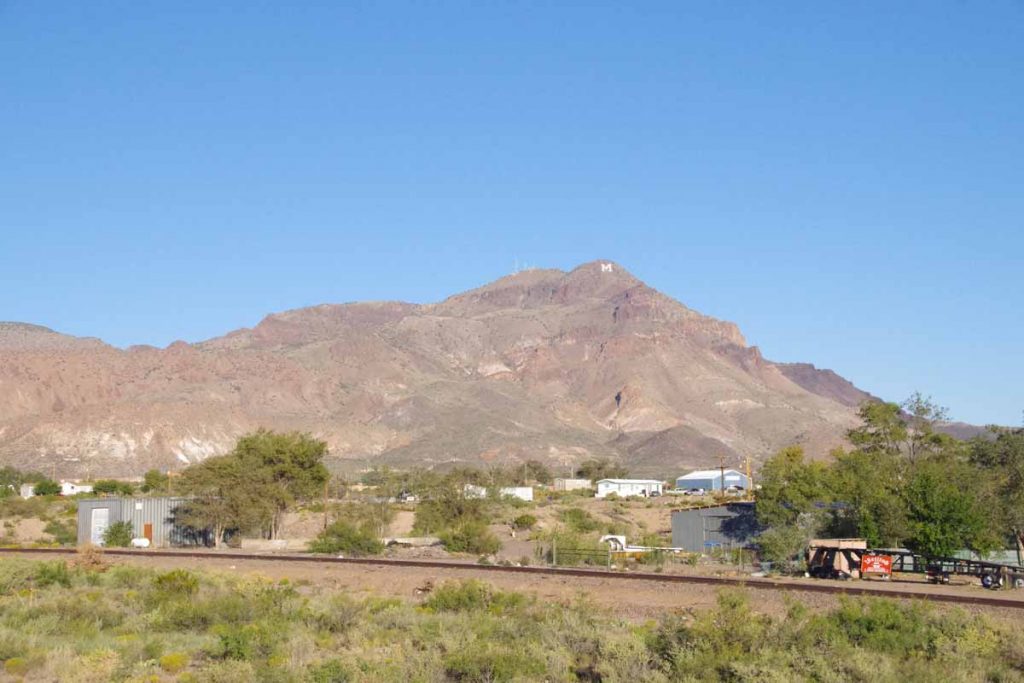 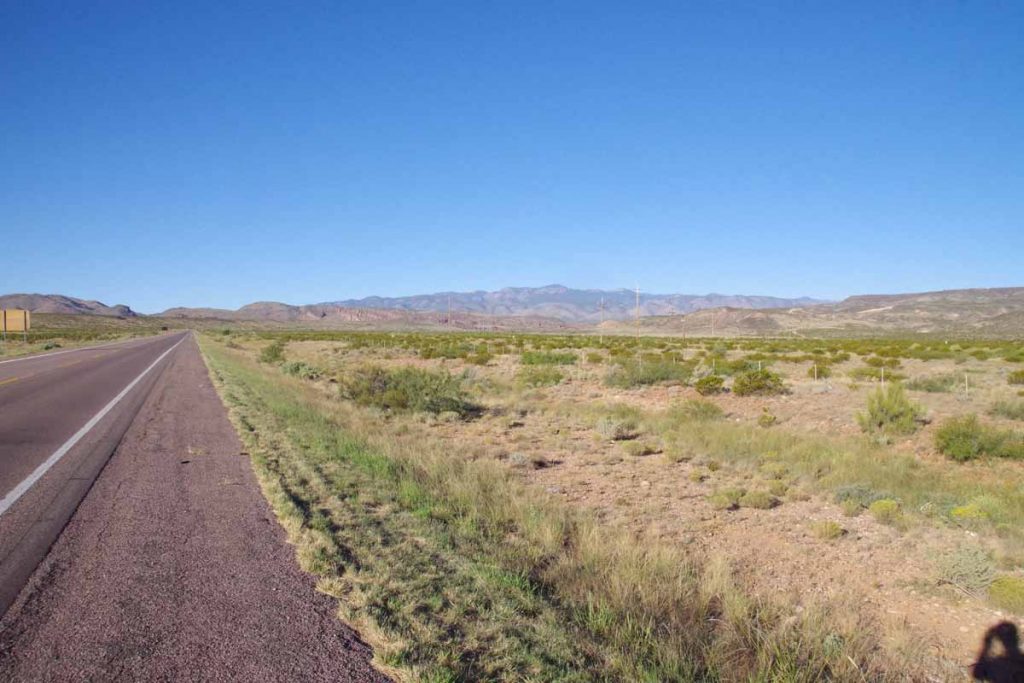 There was some road construction. The construction itself was minor, but for rest of the day I had full trailers of dirt passing me and empty ones coming back. I’m still not quite sure where they were going to dump the dirt. 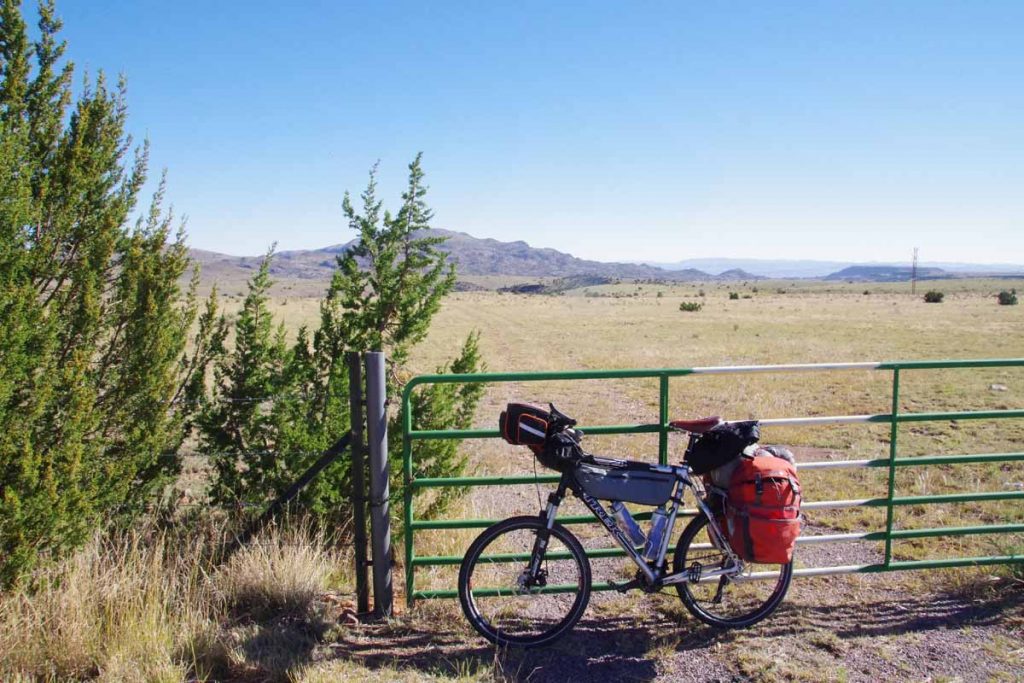 A majority of the climb was in the first eleven miles. The next nine miles were mostly flat, but instead got a headwind to keep things in check. 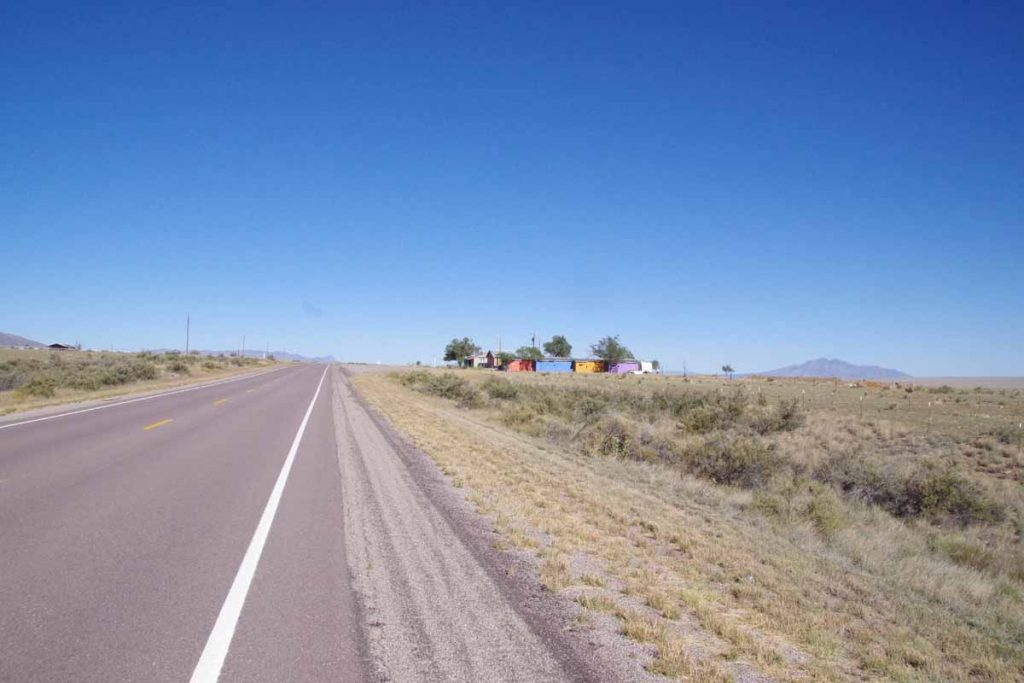 Someone had fun painting those buildings, when I came to them they were mostly abandoned though. 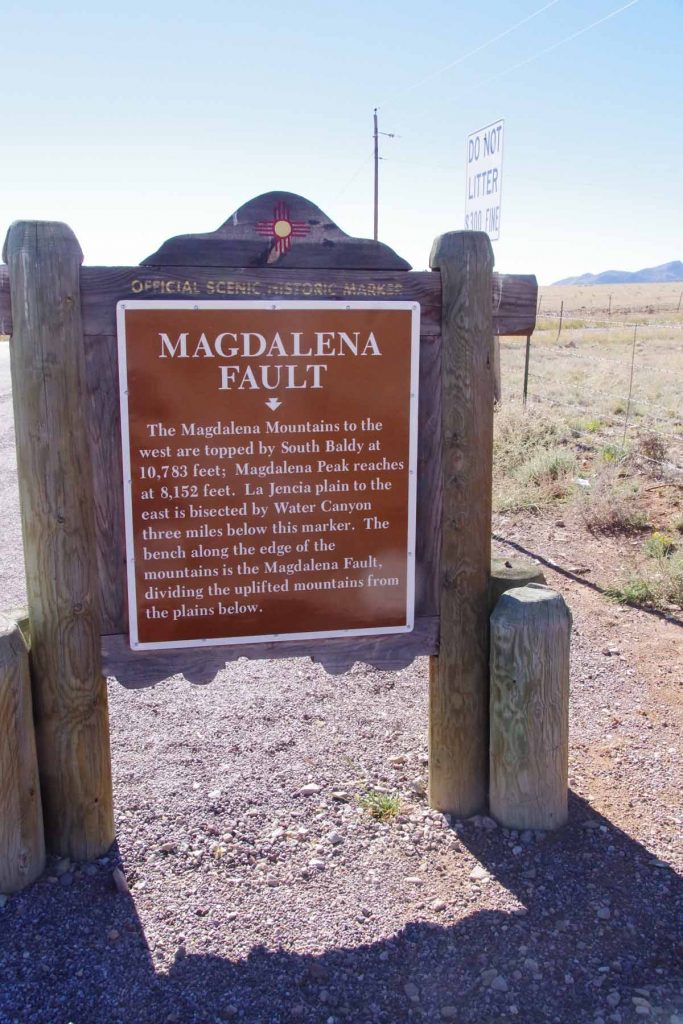 Signs for the Magdalena fault. 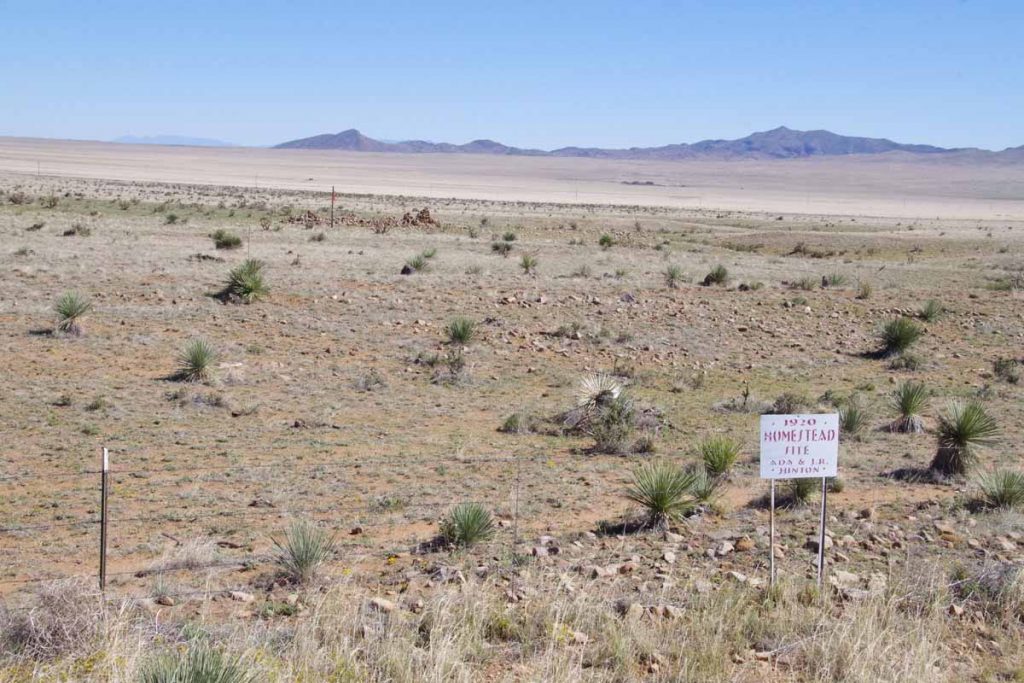 Homesteading this land in 1920 would have been a hard life. No problem clearing the land, but not sure what they would do to get water on the property or how much could be done if they didn’t have water. 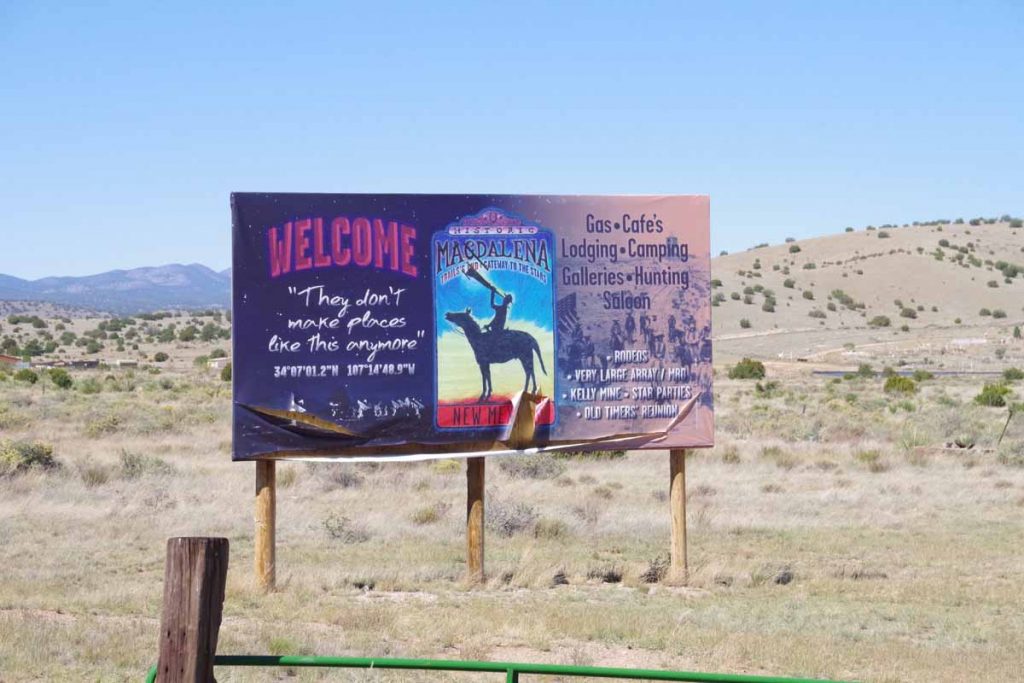 Around the bend, up the last hills and I was happy to be in Magdalena. Also in enough time to get to the cafe before it closed. The town has a few galleries, more than one motel, a small grocery and a convenience store. However, one restaurant is closed on Mondays and Tuesdays and a second closes just after lunch. However, happy to get here after a slow ride this morning.