Today a ride over the hills to town of Los Barriles where I’m visiting the Connors. 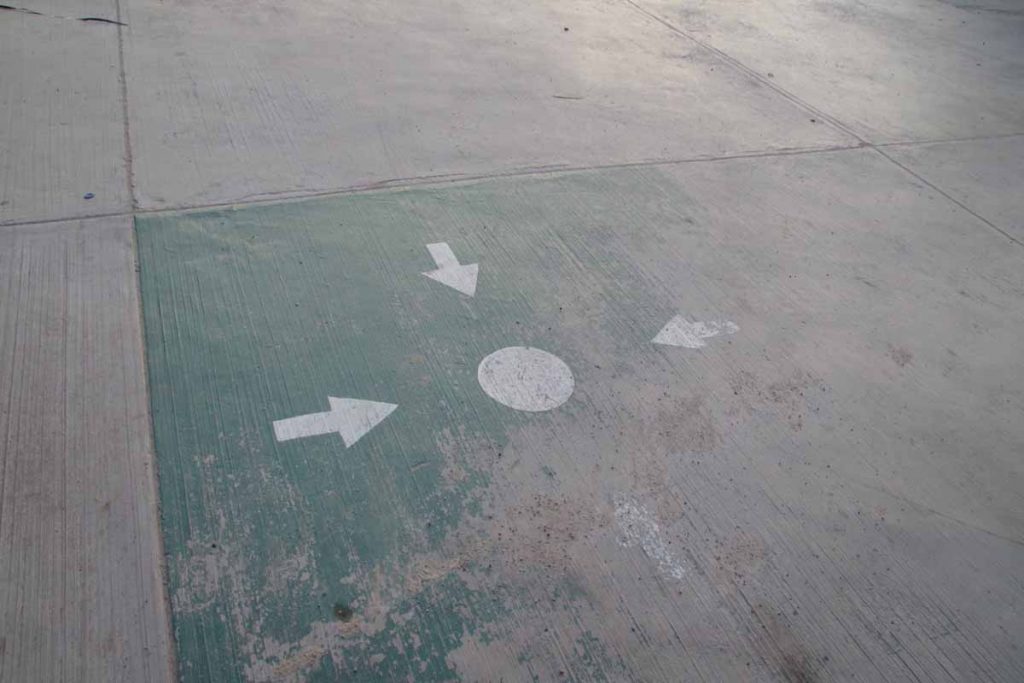 First a mystery. I’ve seen these spots painted on the sidewalks in a few spots and most recently outside the hotel. Done in green. Not quite certain what this is supposed to symbolize. 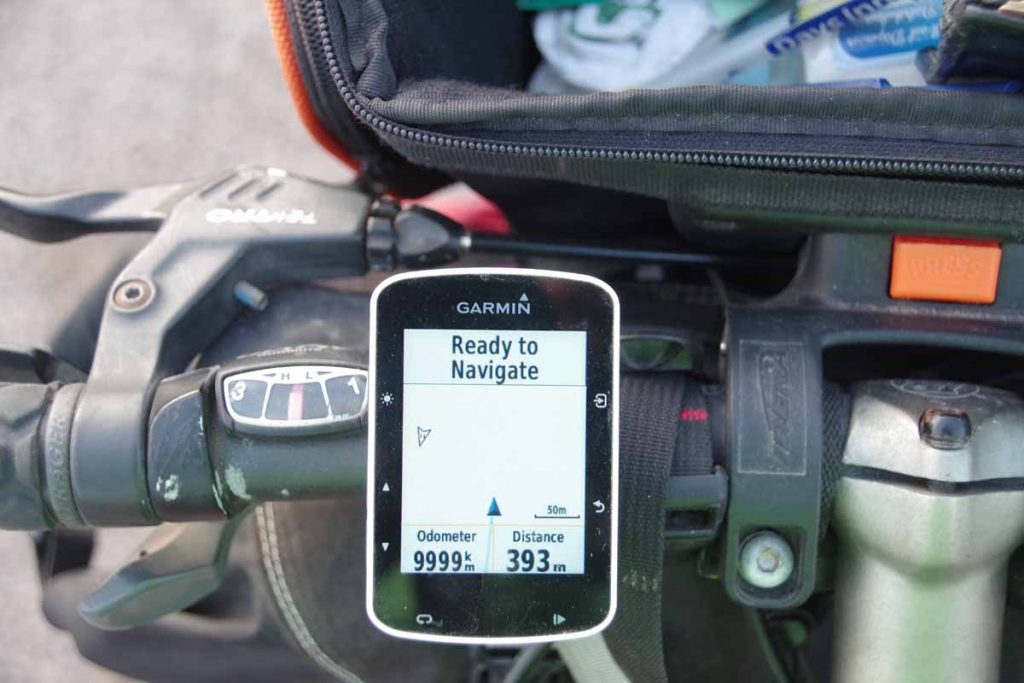 Leaving the hotel, noticed that my odometer was just about to turn over from 9999km. Official distance on the trip is 9960km at end of the day, but this had some extra miles during my Austin visit and also missing a few official miles where I used a different odometer. In any case, I expect to leave finish Baja with slightly over 10,000km in last six months and at least another 16,000km to go until tip of South America. 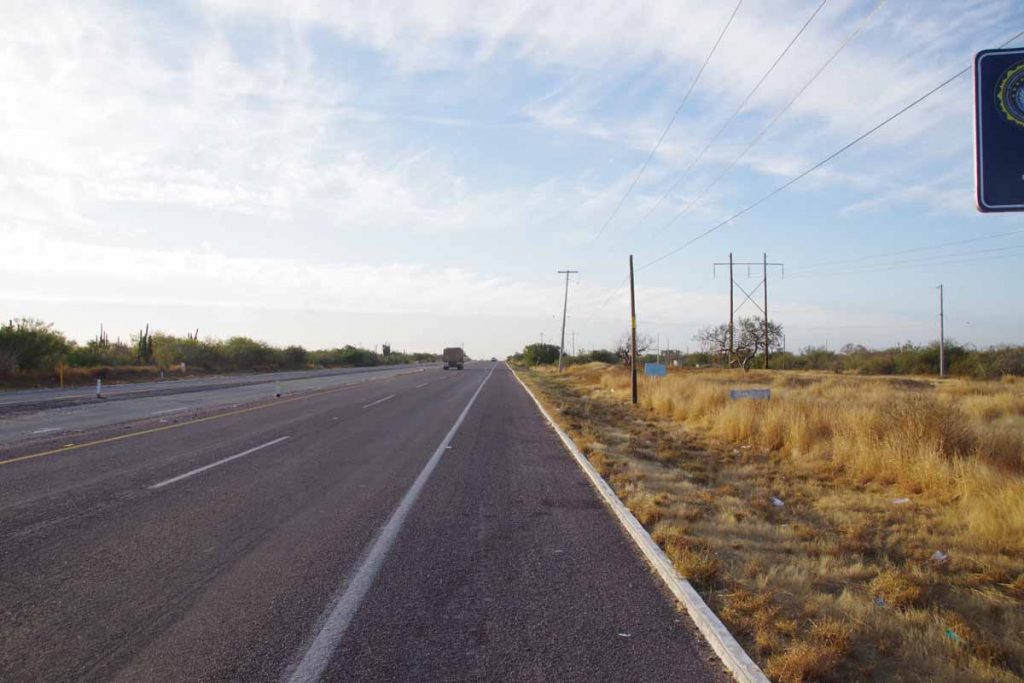 Once I left La Paz, te road was flat and open and four lanes. 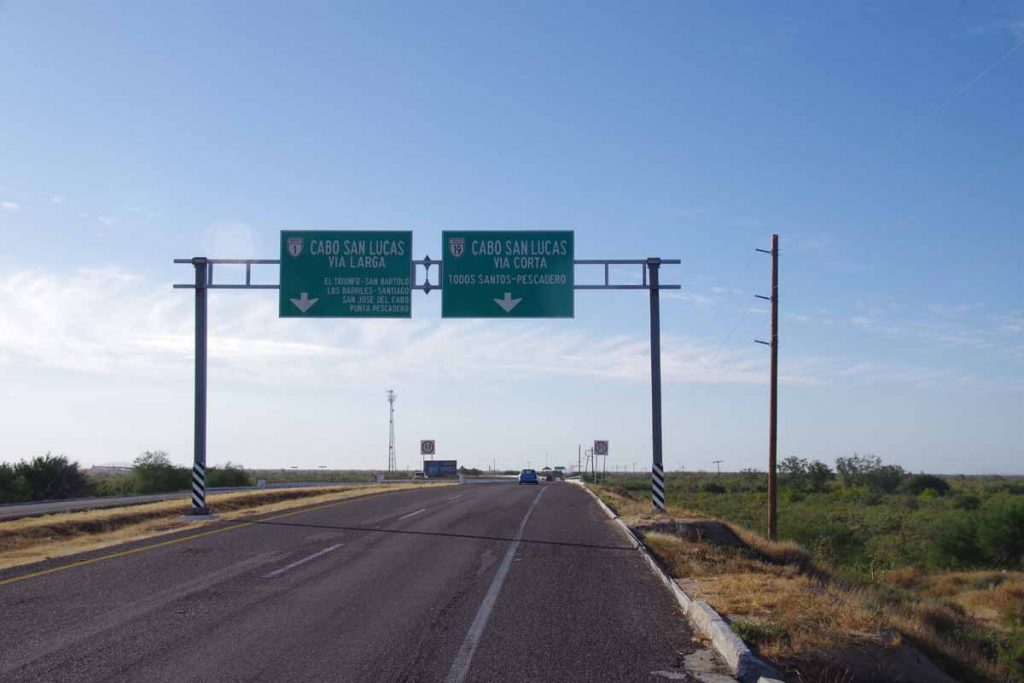 I passed through San Pedro at 16km and then at 23km, the road split. I followed MX 1 to the left where it became one lane each way and continued slowly climbing. 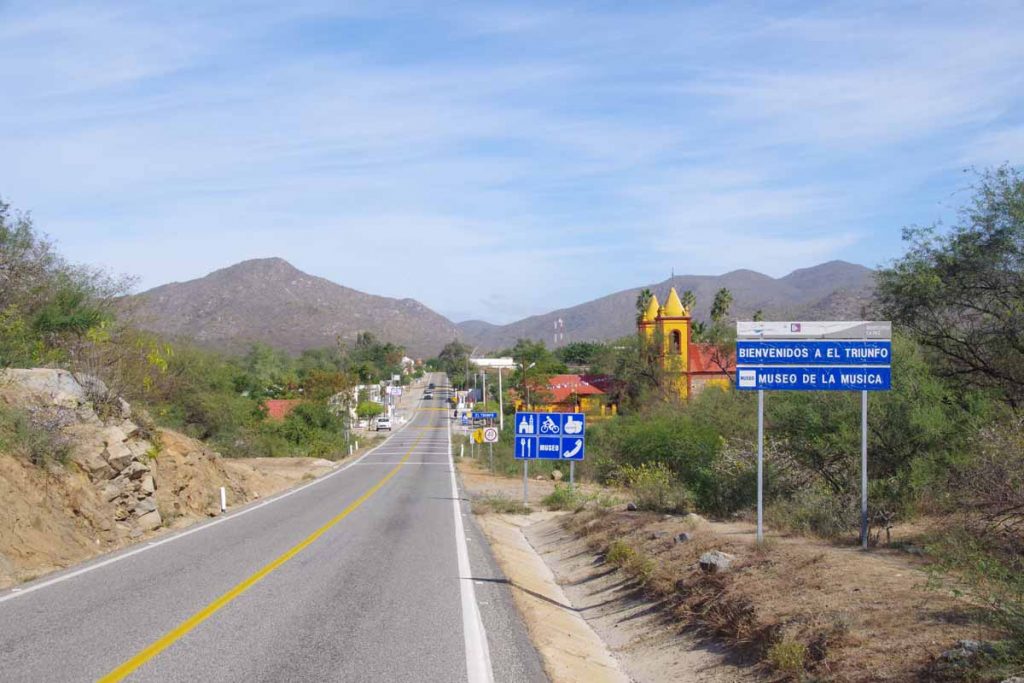 At 44km, I came into small town of El Triumfo. Nice church and also a nice restaurant where I had a late breakfast. I had done perhaps half the climbing for the day, though much of it was very gradual. After El Triumfo, climbing became a bit steeper. 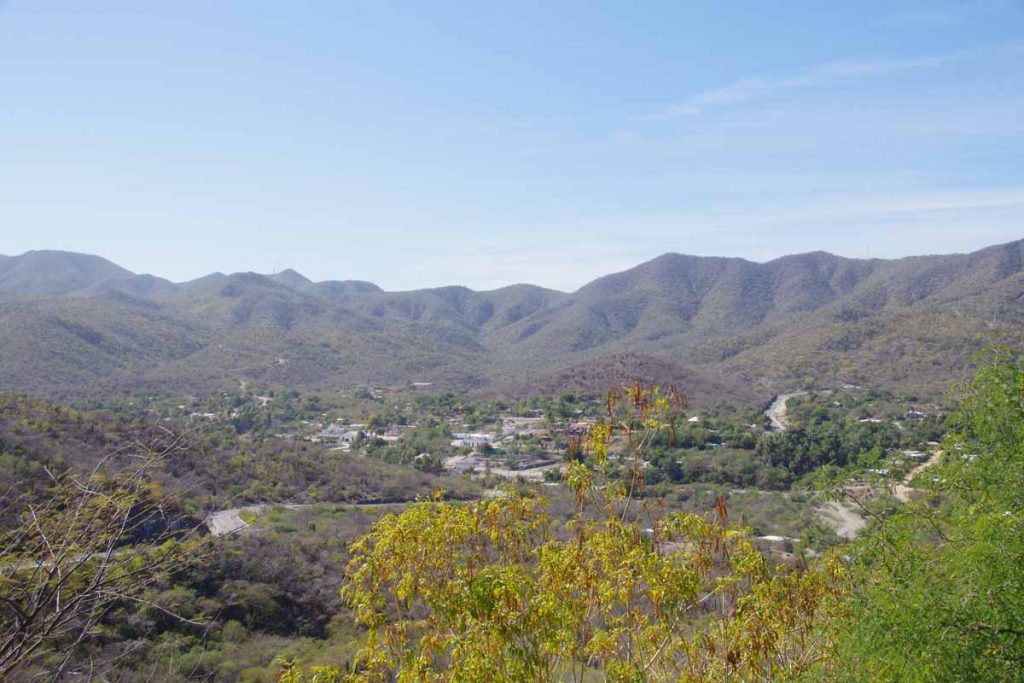 Down in the next valley was San Antonio. This meant a good descent and then ascent up the other side where I took this photo. After rounding the bend, another good descent of ~200m and then climbing again. Overall the day would be slightly over 1000m of climb. 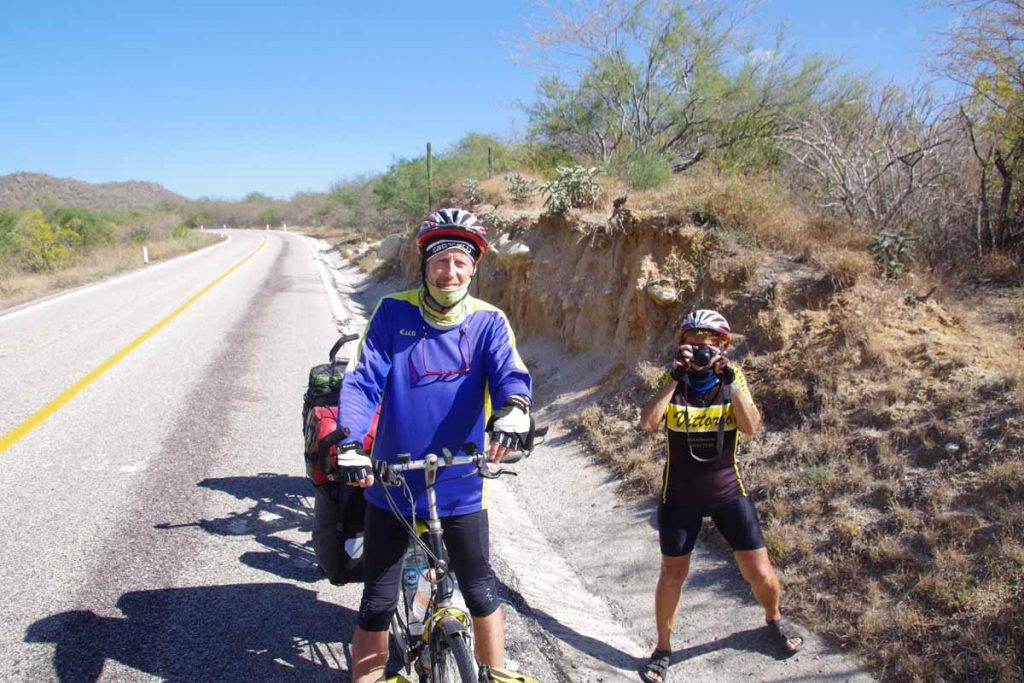 Coming back up the climb, I met these Dutch cyclists. Each winter they go somewhere warm and this year it was a cycle trip starting in Mexico City and now on Baja. 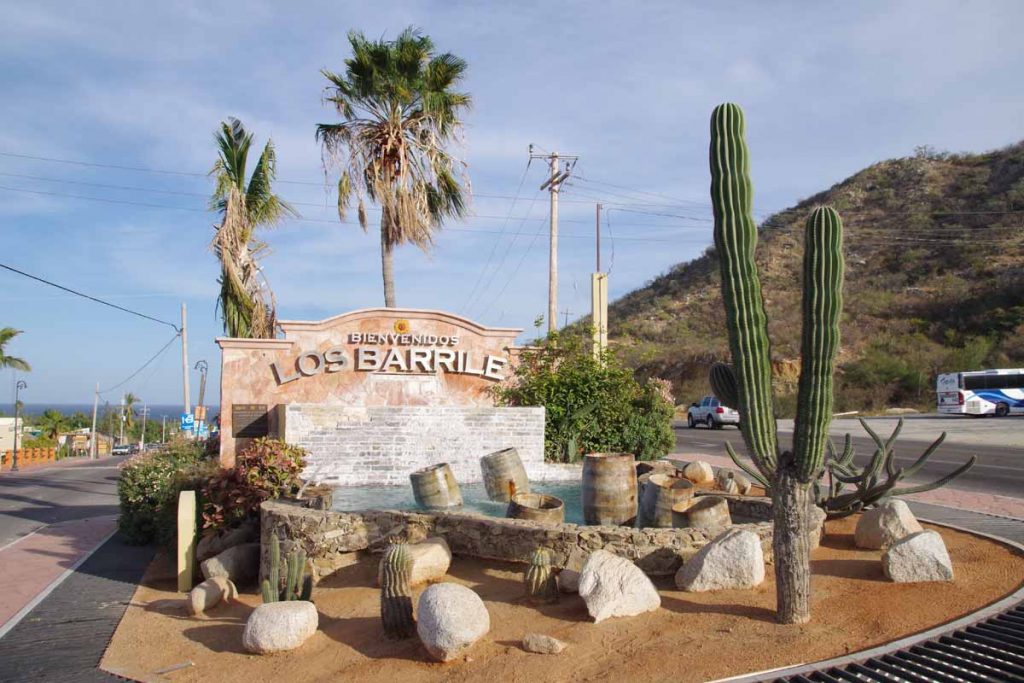 This brought me to town of Los Barriles. I followed my instructions to go through town and then not much later found my way to Casa Connor. Nice to see Mike and Peggy again, this time in Baja. 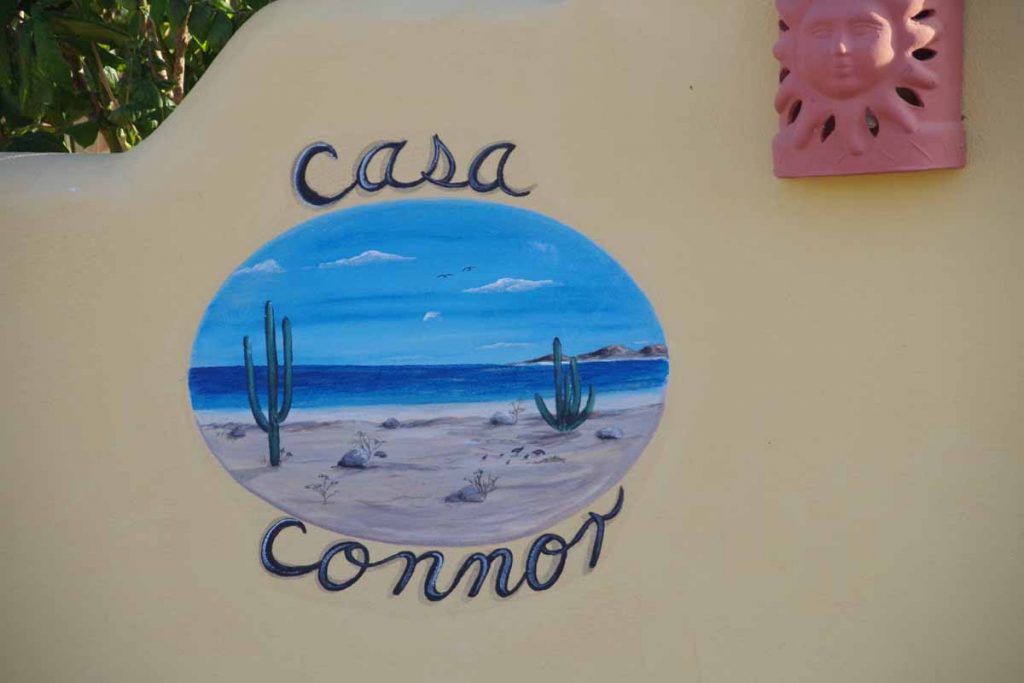